Vicar of Dibley: Every cast member who has sadly died as fans mourn the passing of Gary Waldhorn 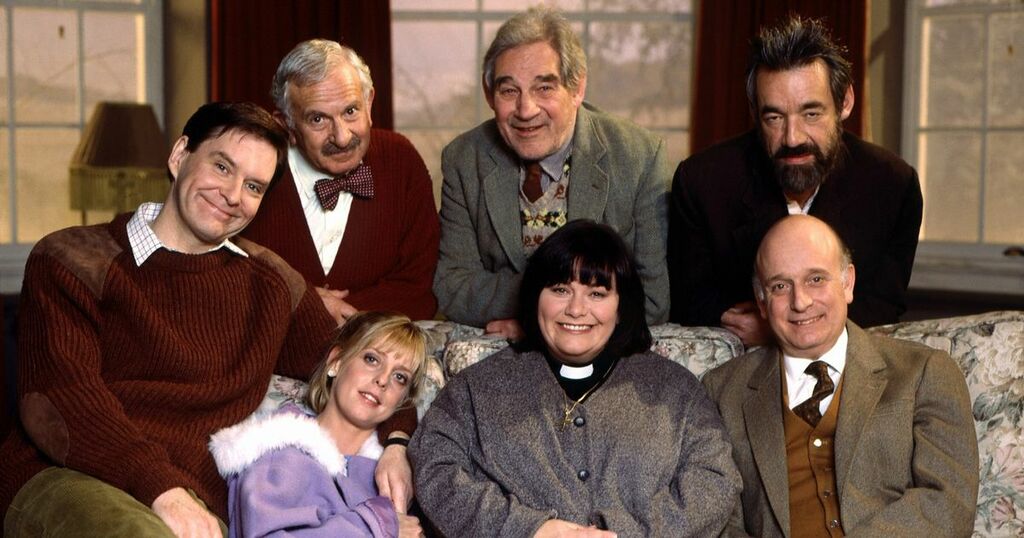 The Vicar Of Dibley cast has been rocked by tragedy in recent years.

Today, Monday, January 10, it was confirmed that Gary Waldhorn, who played Councillor David Horton in the hit BBC TV series, had become the latest cast member to die.

Six of the main cast members have now died, all of whom have touched the hearts of Vicar Of Dibley fans over the years.

Their characters had a huge impact on the on-screen residents and village of Dibley.

Read more: 15 children's shows that you loved but may have forgotten

The show ran from 1994 until 2007 and was set in a fictional Oxfordshire village called Dibley which was assigned a female vicar, following the 1992 changes in the Church of England that allowed the ordination of women.

Here we fondly remember the cast members no longer with us for the laughs they brought to our screens.

His son Josh said in a statement: "Classically trained, it was the theatre where he truly flourished and he leaves a legacy of entertainment that saw him frequent the boards of Broadway, the West End and our living rooms on the telly!"

Gary was an English actor and comedian known for his roles in British television and theatre. He will be fondly remembered for his work in the main casts of several British sitcoms, including Richard Beamish in All at No 20, Lionel Bainbridge in Brush Strokes, and, of course, Councillor David Horton in The Vicar of Dibley.

Trevor was most known as Dibley Parish Council member character Jim Trott in the BBC comedy series who won a huge fan base with his saucy remarks and his catchphrase of "no no no no... yes!".

Trevor had retired from acting in recent years due to his declining health after he was diagnosed with dementia in 2009.

His last on-screen appearance was in a 2015 Vicar of Dibley Comic Relief special.

A family statement at the time of his death read: "Trevor Peacock, actor, writer and song-writer, died aged 89 on the morning of March 8 from a dementia-related illness."

The actor played the role of Alice Tinker from 1994 until 2007. She famously starred alongside Dawn French in the hit BBC sitcom as dippy and lovable church verger Alice Tinker.

She landed the British Comedy Award for Best Actress for her performance in 1998.

Another highlight in her career included joining the star-studded cast of Notting Hill where she played Honey Thacker who was the younger sister of Hugh Grant's on-screen character.

But she was probably most loved for the short scene at the end of almost every Dibley episode when Dawn French's vicar would try and tell Alice a joke - which she would never quite understand.

A statement released at the time of her death read: "Emma created a wealth of characters and an immense body of work. She brought laughter and joy to many".

The TV star had become instantly well loved as Trigger from series Only Fools and Horses and gained a large fan base with his role as Owen Newitt in The Vicar of Dibley.

His character was certainly memorable as he was often swearing, or late for Parish council meetings with absurd excuses, often involving his farm animals.

His acting career spanned six decades with one of his most famous appearances being in The Vicar of Dibley playing Frank Pickle, although he also featured in a number of Carry on and Pink Panther films.

His character was known for telling very, very, long stories to people in the village.

At the time of his death, his agent released this statement: "We’re sad to announce our wonderful client John Bluthal has passed away. Our thoughts are with his family at this time.

"John provided us all with years of laughter and entertainment. We will miss John hugely."

The TV star didn't start her incredible acting career until she was 49, showing that time has no limit to pursue your dreams.

Liz was a household name for her role as Letitia Cropley in The Vicar Of Dibley and became equally well known for playing Nana in The Royle Family and for being one of the stars of Charlie and the Chocolate Factory.

Her Dibley character was particularly renowned for her very odd choices of ingredients for her cakes.

Get our stories straight to your inbox with our newsletter.