Vettel is out of contract with Aston Martin at the end of the season and there had been speculation early in the year that he would call time on his top-flight career.

This came after the team’s poor start to the new ground-effect era plus the German saying on BBC Question Time that he was “asking myself” whether to continue given the difficulties in reconciling racing with his climate activism.

However, Vettel appears set for talks with Aston Martin and has expressed his desire and “clear intention” to continue ahead of the French Grand Prix at Paul Ricard this weekend.

Asked about his future amid the so-called F1 silly season, Vettel said: “Well, I'm racing this weekend, and the next one.

“Then yeah, obviously I've said that at some point, we will start to talk.

“I'm talking to the team; I think there is a clear intention to keep going.

“We'll see soon where we stand.”

Last month, Aston Martin team boss Mike Krack expressed his desire to hold onto Vettel for the long term, saying: “We were always clear that if he wants to continue, we would like him to stay for long, yes.

“We are talking. We have a very, very good relationship, and it is not that we have to set each other deadlines.

“Obviously at one point, if we drag that too long, we will also be running into trouble, and he’s aware of that.

“But they are very trustworthy discussions that we are having. From that point of view, it’s all good.”

Vettel joined Aston Martin ahead of the 2021 campaign when Lawrence Stroll rebranded the Racing Point outfit and activated the break clause in Sergio Perez’s contract to make way.

But the AMR21 challenger was hurt by changes to the floor regulations, meaning Vettel and team-mate Lance Stroll combined to land only seventh in the constructors’ table. Racing Point in 2020, however, with its controversial ‘Pink Mercedes’ scored fourth behind McLaren.

Amid the pressure mounting on Daniel Ricciardo to close the gap to stablemate Lando Norris, Vettel has been speculatively linked to the second McLaren seat.

This comes alongside reigning IndyCar champion Alex Palou being signed to the McLaren driver roster plus Colton Herta testing the team's 2021 car at Portimao.

But Vettel’s response to the McLaren noise was: “I know obviously some people there, but I think it’s just rumours.” 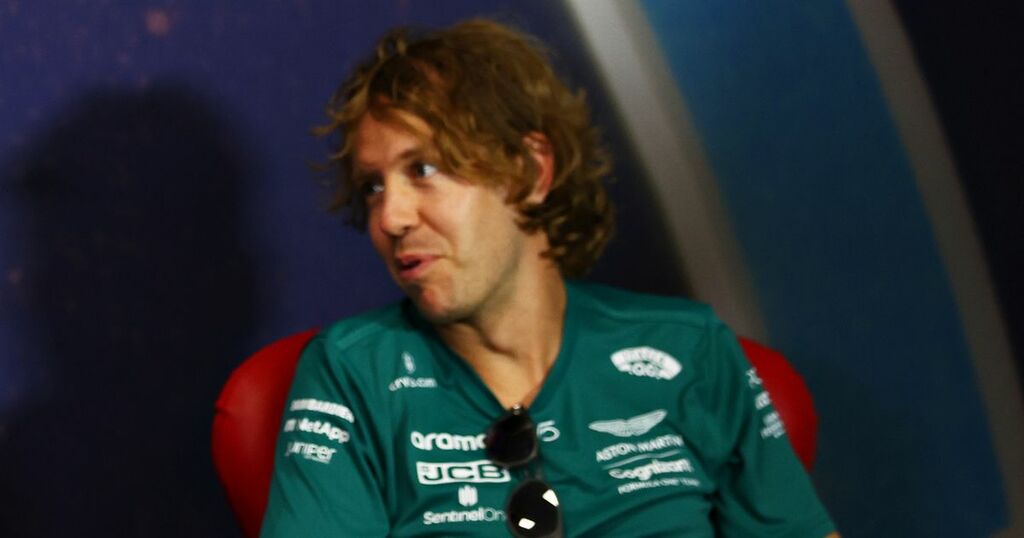 Daily Mirror
From analysis to the latest developments in health, read the most diverse news in one place.
Vettel shrugs off retirement talk at French Grand Prix

Evening Standard
One place to find news on any topic, from hundreds of sites.
F1 French GP qualifying - Start time, how to watch & more

Carlos Sainz topped the times on Friday for Ferrari at the Formula 1 French Grand Prix. Here’s how and when…