At last weekend’s Spanish Grand Prix, Aston’s AMR22 was revealed as one of several heavily revised machines, with changes to the car’s sidepods and the cooling architecture within noted as bringing the green car to looking strikingly similar to Red Bull’s RB18.

Debate regarding Aston’s changes took place throughout the weekend at Barcelona, even after the FIA cleared the team of wrongdoing.

Red Bull seemingly remained unconvinced and in Spain continued to comment on the potential for illegal intellectual property transfer when it comes to F1 car design staff switching teams, and has launched an internal investigation to establish if any such transgression had taken place in this case.

Fallows is one of several former Red Bull aerodynamic staff that have recently joined Aston, but as the most high-profile staffer to have moved across he is regularly cited in explanations of the controversy, even as Red Bull motorsport advisor Helmut Marko said, “it's not just Dan Fallows” and Aston chief technical officer, Andy Green, stated “the majority of the [2022 design information] releases were made before anybody from Red Bull even turned up”.

Fallows’ switch from Red Bull to Aston sparked a legal dispute between the two sides regarding his previous contract and when he would be allowed to join his new team, which he was finally allowed to do on 2 April this year.

When asked by Autosport what he had made of the controversy that followed the updates being added to Aston’s 2022 package, Vettel said: “I think it was just at some point not fair.

“Especially towards, first of all, all the effort that went in [to change the AMR22].

“Second, on a personal level to Dan Fallows. I don’t think it was fair. Some things that were said, I think were not right.

“He’s a very good guy. I remember him from my time at Red Bull and obviously he’s joined the team and is with us now.

Aston has explained that it produced two design concepts for the AMR22 – one of which became the car it began the season with and the second that it is now running, which is the similar concept to the RB18.

Speaking alongside Vettel in the pre-practice press conference for this weekend’s Monaco GP, Lance Stroll said of the saga, “we designed the car” and “the FIA said it was ok and legal – they let us compete”.

He added: “Parts of it look similar, I guess to the Red Bull, but it was us back at the factory that designed it and I think the team did an incredible job at getting all the bits out to Barcelona.

“Because it was flatout for many weeks leading up the race and very challenging to get all the parts to Barcelona for both cars.”

Vettel also stated that Aston had made the decision to switch to its alternative concept “around the first race” of the 2022 season.

“There was an uncertainty [on] which one is the more promising path,” said the four-time world champion.

“So, the decision was taken very early – I don’t remember exactly but I think before the first race, around the first race – and from then onwards it has been a big push because it’s basically a new car.

“But I think with the previous car that we had, we saw that there were some difficulties like other teams also are facing and are struggling with.

“We didn’t manage to make big progress [with the other design], so we believe it is the better direction.

“It’s not our decision [as drivers when a change of car concept needs to be made], it’s entirely up the team, the engineers, mostly the aerodynamic department to lead the way and then for everyone else to have the headache of solving the problem.” 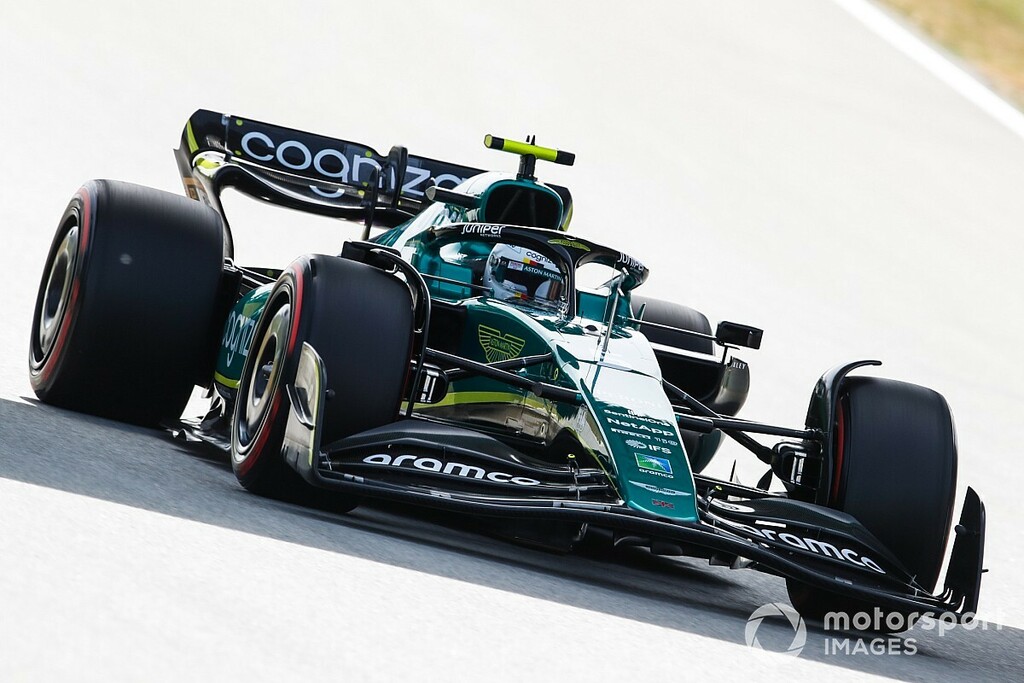