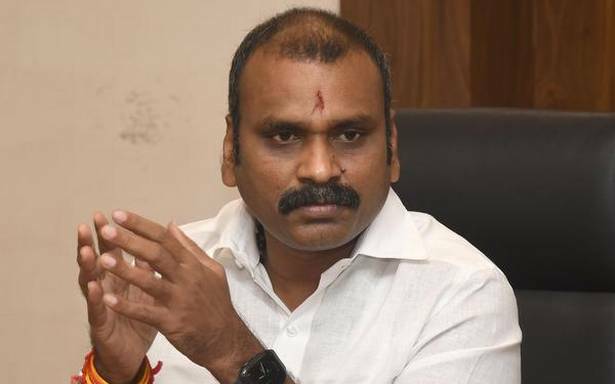 Union Minister of State L. Murugan on Friday charged that “vested interests” in parts of a few northern States were behind the protests against farm laws of the Centre.

Replying to a question on the protests, Mr. Murugan, in an interaction with senior journalists of The Hindu Group, asserted that the protests were “only in parts of western Uttar Pradesh, Punjab and Haryana.” One of the basic objectives of the laws was to enable farmers themselves to determine the prices for their produce. “Do you see any agitation in Tamil Nadu, Andhra Pradesh, Karnataka, Madhya Pradesh and Rajasthan? The answer is ‘no.’ In such a vast country, most people have accepted [the laws],” he contended.

The Minister pointed out that “for the first time, the payment of ₹6,000 is being made every year to bank accounts of farmers directly without any intermediary.” According to him, prior to 2014 (pertaining to the period before the assumption of office by the BJP-led government at the Centre), “suicides by farmers was a daily occurrence.”