Kylian Mbappe said he was "very happy" to stay at Paris Saint-Germain after the club announced that the World Cup winner was rejecting Real Madrid to remain in France until 2025.

"I am very happy to stay in France, in Paris, in my city," Mbappe told supporters on the Parc des Princes pitch before he marked his new deal with a hat-trick in PSG's 5-0 win over Metz in their final Ligue 1 match of the season in Saturday.

Standing next to PSG president Nasser al-Khelaifi, Mbappe said: "I hope I'm going to be able to continue to do what I like most -- winning football matches and trophies with all of you."

Mbappe's hat-trick on Saturday took his total of league goals for the season to 28 as he finished as Ligue 1's leading scorer for a fourth straight campaign.

Real Madrid had pursued Mbappe for months and had reportedly agreed a deal which would have included a signing-on fee of 150 million euros ($158 million).

Mbappe had made no secret of his desire to play one day for Real, who will face Liverpool in the Champions League final in Paris next weekend after securing a 35th La Liga championship.

But PSG, who won the French title for a record-equaling 10th time but angered their hardcore supporters with their exit against Real in the last 16 of the Champions League, have battled to hold on to their biggest asset.

"I found out that he was staying just a few minutes before the announcement," admitted PSG coach Mauricio Pochettino, who is widely expected to leave the club this close season despite having a year to run on contract. 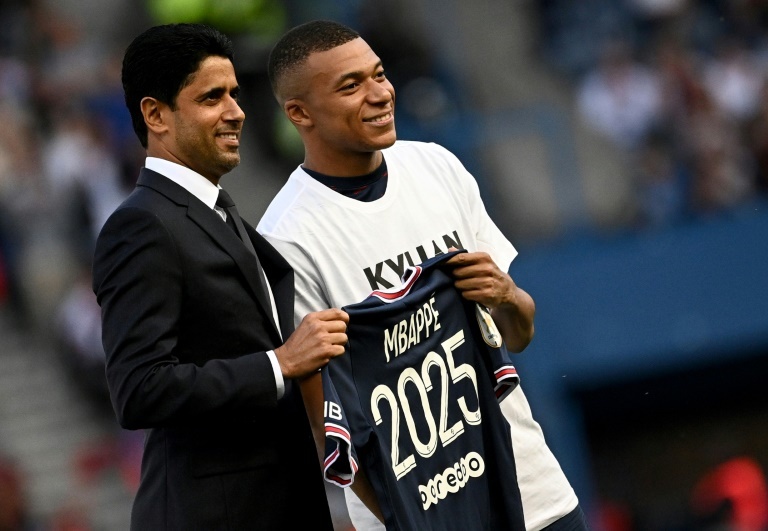