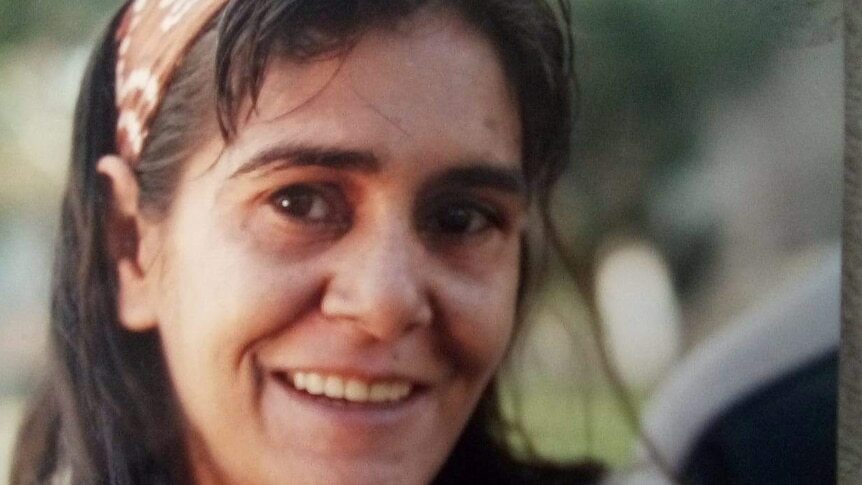 A psychiatric nurse hits out at the doctor who medically examined Veronica Nelson before her death in custody, calling him…

Two medical professionals who were responsible for conducting Veronica Nelson’s medical assessment on her first night in prison have presented contradictory evidence at an inquest into her death.

The 37-year-old Yorta Yorta, Gunditjmara, Dja Dja Wurrung and Wiradjuri woman died at Dame Phyllis Frost Centre on 2 January, 2020, less than 48 hours after her arrival at the Melbourne women’s prison.

At the coroners court in Melbourne this week, an inquest into her death has heard that while the nurse who undertook her initial medical assessment was “concerned” and suggested Nelson be sent to hospital, the doctor who conducted the same assessment said she looked “well” — and called the nurse a liar.

Stephanie Hills, a registered nurse, gave evidence at the inquest on Monday and Wednesday. She told Sharon Lacy, the counsel assisting the coroner Simon McGregor, that she was “concerned” at Nelson’s appearance. She said Nelson was at times incoherent and appeared unwell, sitting “draped” in the chair.

She was “too unwell or incoherent to be weighed,” Hill said.

Hill said she had to “physically support Veronica upright in the chair in order to apply the blood pressure cuff,” and that Nelson’s blood pressure and heart rate readings were low.

She said she suggested to the doctor leading the intake assessment, Dr Sean Runacres, that Nelson be taken to hospital.

“Once I got the blood pressure and heart rate reading, that taken into consideration with how I had to support her to obtain that with her physical presentation of slumping over the chair, all of that combined, I expressed my concern and stated: ‘Do you think we need to send her to hospital?’”

She said Runacres responded by saying something along the lines of “I’m the doctor. I will make the decisions.”

“I believe there was a, ‘you’re just a nurse’ thrown in there as well,” she said.

She said Runacres remained sitting throughout the examination, leaving her to take the observations as required.

“I undertook everything but none of that [listening to airways] was done,” she said.

Hill said she was not able to challenge Runacres, because he was senior to her.

Dr Sean Runacres gave evidence on Thursday. He told the court he had no recollection of assessing or meeting Nelson and was relying on his notes to give evidence. He also said he could not recall when told of her death, and later told the court he made it a point not to recall patients, for his own mental health.

“Prior to training as a medical practitioner, I was a paramedic,” Runacres said. “I’ve seen more dead people than I care to remember … I make it a conscientious effort not to remember so I can sleep. I choose not to remember my patients.”

Asked to respond to Hill’s claim that he did not get out of his chair during Nelson’s intake assessment, Runacres said: “I think nurse Hills is a liar.”

He added: “I found nurse Hills to be excitable, easily alarmed, I don’t place a lot of value on her clinical judgment.”

Hills earlier told the inquest they had worked together on maybe 60 to 7o occasions.

Runacres’ notes from the assessment stated that he found Nelson to be “generally well” and “not toxic looking”.

He repeated that assessment after being shown CCTV footage of Nelson’s arrival at the medical unit, saying in the inquest: “an extremely unwell person wouldn’t walk down a corridor with their hands on their hips”.

“I’ve seen a lot of sick people in my time as a paramedic and a doctor,” he said. “If they’re able to present like that down a corridor … heart rate in normal range. I’d call that well.”

Christine Fenech, a prison officer who was working in the medical unit on the night that Nelson arrived, told the inquest on Monday that she did not have medical qualifications but was “concerned” about how Nelson looked.

“I’m not qualified to say that but, yes,” Fenech said.

Nelson was found dead in her cell about 7.50am on 2 January, after making repeated calls on the intercom complaining of severe cramps. She had vomited repeatedly since being taken to prison and complained of dehydration.

Her cause of death at autopsy was found to be complications of Wilke’s syndrome in a setting of acute opiate withdrawal.

Both Hill and Runacres were granted legal immunity for evidence given at the inquest, a common practice in coronial courts.

The inquest continues next week.

A psychiatric nurse hits out at the doctor who medically examined Veronica Nelson before her death in custody, calling him…