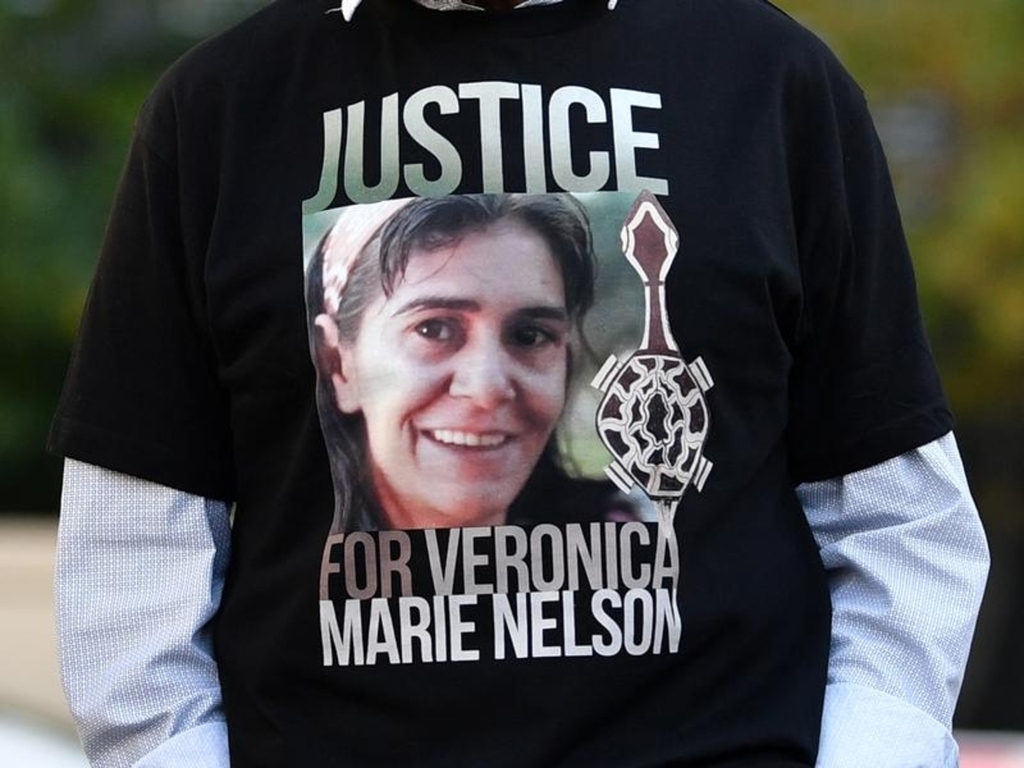 Both an inmate and prison supervisor have described the treatment of Veronica Nelson at Dame Phyllis Frost Centre as "disgusting".…

AAP
Guard lied to prisoner about getting help

'I was really shocked, I still find it really difficult to understand why he took his own life'

Newcastle Herald
Read news from The Economist, FT, Bloomberg and more, with one subscription
Learn More
UAP may have more backing than polls suggest, with voters too embarrassed to voice support, analysis shows

A Victorian prison supervisor has told a coronial inquest some junior corrections staff showed "disgusting behaviour" towards a dying Aboriginal woman as she called out for help during her final two days.

The family of Veronica Nelson have granted permission to use her image.

Gunditjmara, Dja Dja Wurrung, Wiradjuri and Yorta Yorta woman Veronica Nelson was being held on remand at the Dame Phyllis Frost women's prison in Melbourne's west when she died in her cell in the early hours of January 2, 2020.

Later, an autopsy found she was suffering from a rare medical condition affecting her intestine as well as severe heroin withdrawal symptoms.

An inquest has been told Veronica made repeated intercom calls to ask for help from the cells she was in during her two days at the prison and, at times, was given dismissive responses by the staff who replied.

Dame Phyllis Frost Centre supervisor Leanne Reid this week told the inquest that, on Veronica's first day in the prison, she organised for the 37-year-old to stay in the medical unit overnight because she was concerned for her health.

The court was told that, while Veronica made 13 calls for help that night, her cell door was not opened once and the only help offered was cordial handed through the cell door.

In one of the calls, Veronica told the prison officer she had "spewed up everywhere" and was told "alright, no worries, that's OK, we'll have people in to clean it in the morning".

The inquest was told staff were just metres from Veronica's cell, and Ms Reid said Veronica's presentation should have been a trigger for those on duty to organise for the the cell door to be opened and to get a nurse.

“My expectation is that, particularly in the medical centre, that that person is there for a reason and that any request that they make for food, water, bedding, clothing, anything, that it’s given to them accordingly," Ms Reid said.

The next morning, hours after reporting cramps and continuing to request cordial to help with her withdrawal symptoms, Veronica asked when the doctor would see her and was told "not an emergency, stop asking".

A lawyer representing Veronica's family put to Ms Reid that the response Veronica received from prison officers reflected an attitude that Veronica was regarded as "inferior and unimportant".

"Nobody should be spoken to like that," Ms Reid said.

She said it did not surprise her and some of the prison officers who were on the calls had been counselled in the past about how they speak to the women in the prison.

Ms Reid told the inquest while there were some very good prison officers, there were other people in the system who should not be in those roles.

She said it was her expectation that the staff in charge overnight, including the overnight nurse, would check on a woman who was being kept in the medical unit.

But she acknowledged she could have made more detailed notes in her files and said she now provided more detailed written information in those files as a result of Veronica's death.

The coroner has heard evidence of some of the severe symptoms officers observed in Veronica during her two days in custody, including her hand becoming cramped into a claw on her final night.

Ms Reid said many of those situations should have prompted staff to call a Code Black emergency, which requires urgent attention from prison health workers.

Ms Reid, an experienced prison officer who has worked at the Dame Phyllis Frost Centre for more than a decade, said in all her time there she had observed the level of healthcare available to the women was poor.

She said that, at times, women would be waiting for up to three hours in the medical unit to see a nurse, "which doesn't reflect community standards".

"I can't physically drag that nurse to her patient. What I can do is make sure that those three hours that they're waiting, that they are treated respectfully and politely," Ms Reid said.

She said that, sometimes, women would see a doctor and be prescribed medications they might not receive until days later.

A key recommendation of the 1991 Royal Commission into Aboriginal Deaths in Custody was that prisoners should be able to access the same standard of healthcare available to the general community.

Ms Reid said she had also observed that generally speaking, the doctors and nurses lacked expertise in supporting women withdrawing from drugs, which the inquest has been told is the case for roughly 80 to 90 per cent of the women arriving at Dame Phyllis Frost Centre.

Despite being the supervisor on day shifts during Veronica's time in custody, Ms Reid said she was not invited to take part in a debrief that occurred days after Veronica's death.

The court was told that, minutes from the debrief included the observation from a participant, "I can't see much that could have been improved".

Ms Reid told the inquest she did not agree with that view and that, if she had been invited to the debrief, would have raised concerns about failures in Veronica's care.

Veronica NelsonPrisonPercy Lovett
Sign up to read this article

Both an inmate and prison supervisor have described the treatment of Veronica Nelson at Dame Phyllis Frost Centre as "disgusting".…

AAP
Guard lied to prisoner about getting help

'I was really shocked, I still find it really difficult to understand why he took his own life'