Venus Williams shares response she gives when pressured about starting a family: ‘I like my life’ 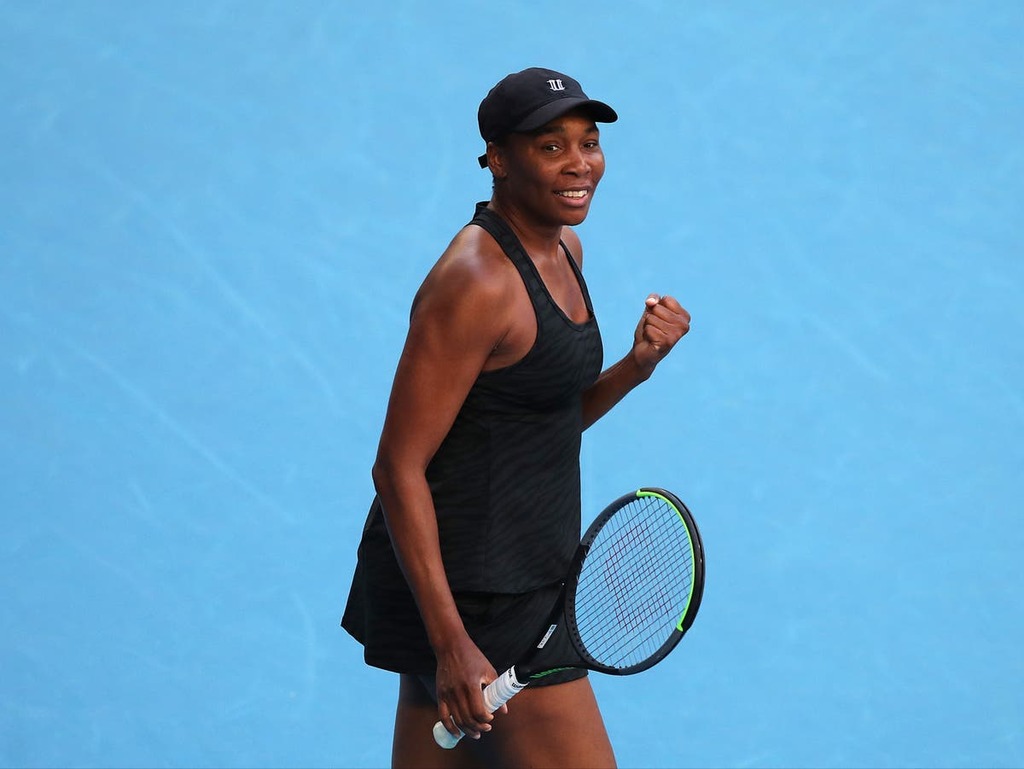 Venus Williams has addressed the pressure she faces to start a family, with the tennis star revealing that she does not feel “desperate” to change her life.

The 41-year-old athlete opened up about being content with where her life is during a cover interview with Cosmopolitan for the magazine’s October issue, where she explained that she does allow herself to be influenced by societal pressures.

“I have a lot of friends who don’t believe me when I say that I like my life and I don’t want to change it for any reason,” she said in regards to her single status. “I’m not desperate and they don’t believe me.”

Despite her insistence, Williams said she is often faced with comments from friends about running out of time, which she said she responds to by pointing out that their goals and aspirations may differ.

“They say things like: ‘You’re going to miss your window,’” she told the outlet. “I’m like: ‘Please, relax. You might feel this way, but I don’t. I promise you I don’t.’”

Williams’ dedication to living her life on her terms prompted praise from Jemele Hill, a sports journalist and host of the podcast Jemele Hill Is Unbothered, who told Cosmopolitan that she recognises the beauty in the tennis champion choosing “to live her life so unapologetically”.

“There’s this sort of quiet resistance that Venus always carries herself with,” Hill said of Williams. “She’s chosen to live her life so unapologetically and I think there’s a beauty in that. Especially when you think about these narratives about how Black women are desperate or lonely or how after a certain age, something is wrong with you if you aren’t getting married or having kids.

“The joy that she has both on the court and off it is kind of an indirect retaliation to that narrative. She just seems like somebody who’s just not pressed. I love that about her.”

Elsewhere in the interview, the tennis star discussed the similar mindset she has when it comes to her impressive career, with Williams noting that “as you grow up and mature, you realise you don’t have to be in any situation you find disrespectful”.

“It doesn’t have to be yelling or screaming. I’m not a combative person. I’m never going to let any situation change that, because I want to look back and know that I stayed true to who I am,” she continued. “So come. Come for me if you want to, but you won’t come again.”

Williams previously demonstrated her recognition of her abilities, and maturity in handling the pressures of being one of the best players in her sport, during a press conference at the French Open that took place after fellow player Naomi Osaka withdrew from the tournament.

When asked how she handles the pressures of the press, she said: “For me personally, how I deal with it was that I know every single person asking me a question can’t play as well as I can and never will. So no matter what you say or what you write, you’ll never light a candle to me.”

While she is happy with her life as it is, this is not the first time that the tennis player has addressed the topic of a family, as she previously responded to a question about whether she wants to have children when she retires during an Instagram Live Q&A in December 2020, according to EssentiallySports.

At the time, Williams explained that she didn’t have an “easy answer” as there is a lot of responsibility that comes with starting a family and it “scares [her] a little,” before joking that that is why she’s “kept playing tennis”.

However, Williams, who began playing professional tennis when she was 14, revealed that she does see a future where she is older and surrounded by children.

“I want to be surrounded by children when I am older, like 70 or 80, and there are kids around me making me happy with a big family,” she said. “So that’s a nice thought.”