Venezuela to Cut Six Zeros From Currency Battered by Hyperinflation

By Nicolle Yapur and Alex Vasquez

Venezuela will remove six zeros from the bolivar in another attempt to save a currency that has been wracked by years of hyperinflation.

The central bank said it plans to print new bills that will go into circulation Oct. 1, while encouraging Venezuelans to use a digital version of the currency to simplify daily transactions. The currency will be branded the “Bolivar Digital,” the bank said in a statement posted on Twitter.

President Nicolas Maduro’s government has vowed to protect the use of the bolivar even as it has allowed widespread adoption of the U.S. dollar, a move intended to quell hyperinflation that has been in place since at least 2017 and ease shortages in stores. Bloomberg’s Cafe con Leche index, a measure of inflation, has registered a 2,575% rise over the past year. Although the dollar is preferred by most in the country, bolivars are needed for everyday transactions, like bus fares and to pay at gas stations that receive government subsidies.

Dropping zeros may temporarily make transactions easier, but it will not address underlying causes of instability, including mistrust in the currency and massive public spending that’s not backed by local production, said Luis Vicente Leon, an economist and president of Caracas-based Datanalisis

“Removing those zeros does not solve, at all, the reason that originated the problem,” he said. “Without resolving the root of the issue, we will have the same problem in months.”

The government has made similar adjustments to the bolivar before, having cut eight zeros since 2008, not including Thursday’s decision. Still, inflation and depreciation have eroded its purchasing power, forcing individuals and businesses to engage in complex operations to carry out simple transactions, as accounting and payment systems collapse from the overflow of digits.

While it will print physical money, including a 1-bolivar coin and new bills of 5 to 100 bolivars, the central bank is encouraging use of the digital bolivar, it said. The largest bill will be worth roughly $25 under the current official exchange rate. 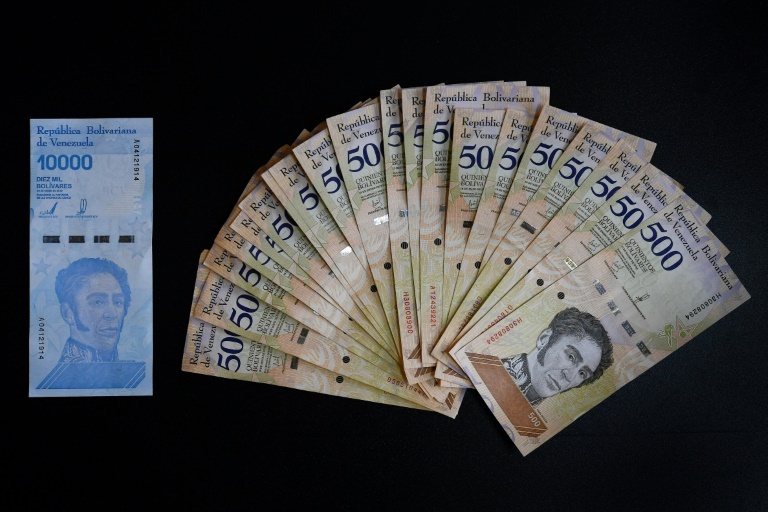 AFP
One subscription that gives you access to news from hundreds of sites
A million to 1: Venezuela's currency losing 6 zeros

Venezuela says it will make a million-to-1 change in its currency soon, eliminating six zeros from prices in the local…

When El Salvador decreed that bitcoin was to be made legal tender, the news reverberated around the world. It remains…