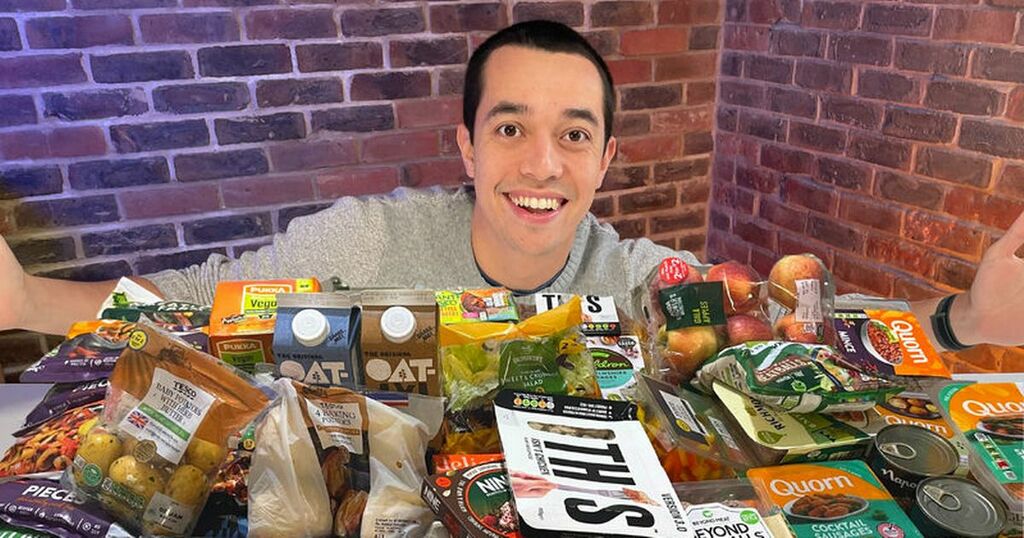 A consumer expert has warned shoppers looking to cut down their meat and dairy consumption they are at risk of being ripped off by supermarkets.

Tom Church, co-founder of LatestDeals.co.uk, has warned shoppers looking to try out a vegan diet to be more 'price aware', as some vegan items are 45 per cent more expensive depending on which supermarket you shop in.

It comes as over half a million people are taking part in this year's Veganuary and have been flocking to supermarkets for new plant-based food ranges.

Tom commented: "‘I wanted to give Veganuary a go this year. I went to ÅSDA, Morrison’s, Sainsbury’s, and Tesco. I compared the prices of vegan products and what I discovered shocked me."

The consumer expert has reminded shoppers looking to adopt a vegan diet - particularly newbies - to shop around, as supermarkets are selling the same vegan items but with different price-tags.

Tom found that 300g of Quorn Chicken Style Pieces was £1.75 at Morrisons but only £1.20 with Tesco Clubcard - making Morrisons 45% more expensive.

He also warned shoppers that vegan 'deals' may not be as good for the budget as advertised - as 8 Meatless Farm sausages at Morrisons were on offer from £3 to £2 was 14% more expensive than Tesco's £1.75 for the same deal.

The consumer expert also found that some vegan items are more expensive than their meat alternatives, with Morrisons's being more costly per gram.

"This Isn’t Chicken Plant-Based Pieces, 190g, is £2.75 at Morrisons. That’s £0.014 per gram. Sounds cheap, but the average price per gram of diced chicken at the supermarkets I visited is £0.007 per gram. So this vegan alternative costs double," the expert added.

Vegan burgers are also up to 71% more expensive than their meat alternatives in Tesco and Asda, as they cost £0.01 per gram compared to the average price of beef burgers which was 68p per gram.

For shoppers looking for cheap bean burgers, the most affordable options are Asda's Plant Based 2 Meat Free Burgers and Tesco Clubcards Naked Veg Spicy Bean Burgers which are both just £2.

The consumer expert highlighted that it was important for vegan newbies to be aware of the differences and to try to stick to cheaper alternatives.

However, the research did find that vegan mince and meatballs are overall cheaper than their meat counterparts in most supermarkets across the country.

Sainsbury's was found to be selling Birds Eye Green Cuisine Meat Free Swedish Style Meatballs for just £1.25, while their beef meatballs are £2.50 - almost a 50% difference.

Quorn vegan mince at Tesco Clubcard was also found to be just £1.20 compared £1.79 for the beef mince.

The consumer expert said: "‘This supermarket research proved to be really eye-opening. I thought there would be a clear winner - either vegan or meat-based products would be cheaper.

However, what it’s highlighted is that it’s more important than ever to compare supermarket prices and scrutinise deals. Sometimes a reduction in a certain store still means you’d be paying more compared with another one."

You can find the full research here.