Vax to the wall when it comes to Supercars 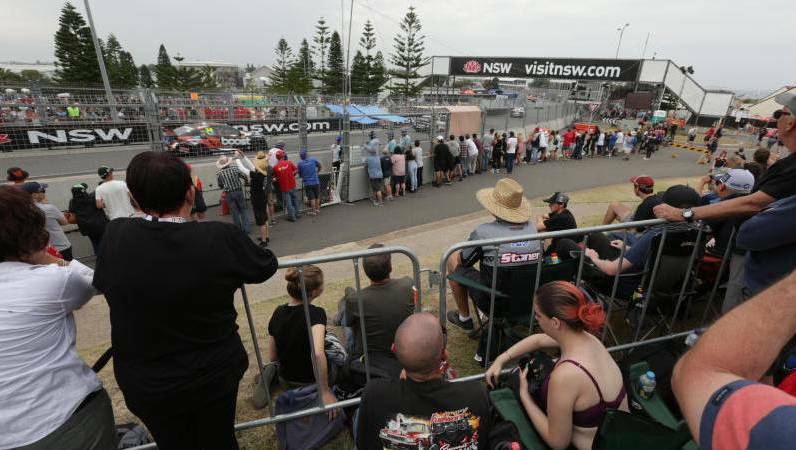 EVEN with vaccinations I wonder how large events like the Supercars 500 can be allowed to run in Newcastle next year.

I note on the Speedcafe site, which provides motoring enthusiasts with stories about motor racing including Supercars, that they have a survey of motorsports enthusiasts underway.

The survey asks if fans are vaccinated or not and if they intend to get vaccinated.

The survey at time of writing had 8351 responses of which 20.99 per cent said they did not intend to get vaccinated.

That is a pretty high percentage and seems to have been consistent over the days I have looked at the site.

So, if CoN and DNSW allows this race to proceed next year they will clearly need a fool proof system to stop unvaccinated people entering the East End otherwise the residents will be exposed to one in five fans unvaccinated and the risk of a COVID-19 cluster developing with possible fatal results.

Our trees should be treasured

TREES are the one thing that works in our favour with climate change - they are proven technology for carbon capture and storage.

It is madness to be burning them for electricity - here at Redbank or in Japan, ("Sweetman's biomass push", Newcastle Herald, 8/9).

The NSW Committee on Environment and Planning released its report on "sustainability of energy supply and resources in NSW" just last month.

Without the money to be made from selling the renewable energy certificates, it is difficult to see the Redbank Power Station reopening on a biomass feed.

This is a classic example of the wrong policy sending the wrong message to the market.

Burning wood will only result in higher CO2 emissions, but now is a time when we need to be taking rapid and drastic action to reduce them.

IT seems that hardly a day goes by when there isn't someone lamenting or rejoicing in the movement of a number known as the GDP.

We have, through constant repetition, come to believe that GDP, which measures the size of our economy, is somehow an indicator of how well the government is managing our nation and thus by default our wellbeing.

The reality is however that GDP is not only a very poor indicator of these but has become the driver of all the insults and injuries inflicted on our environment, heritage and lifestyle.

No mining project or tower development is too dangerous or ugly that it cannot be excused because it will increase our GDP.

This may change, at least in the US where last July the Genuine Progress Indicator (GPI) act was introduced in congress by Ilhan Omar a Somali-born politician and the second Muslim woman ever elected.

If properly constructed, GPI, unlike GDP, provides a measure of societal health by taking into account the issues that GDP ignores such as the environment, resource depletion and income inequality.

It could be a game-changer, one that puts humanity into capitalism and was one of the key platforms for Bernie Sanders run for the presidency.

Unfortunately the fate of that campaign suggests the GPI bill will be strongly opposed by those who are presently destroying our world.

Dangerous pitfalls to our future

He has very clearly pointed out (I believe) some dangerous pitfalls to our future if we don't address the proposals he suggests.

"To survive the weather extremes that are coming we will need expansion of the SES, bushfire fighters and all the equipment-including aircraft-that they need. It will require considerable funding from a cash-strapped government, which suggests that tax cuts are not a good idea."

I am beleaguered by the response from politicians, industry and some friends who don't appreciate the urgency to curtail "the greatest challenge of our time".

This is the largest logistical undertaking ever proposed within modern civilisation. It's important to note (as with the pandemic) that the past can't be replicated, therefore we need a thinking outside the box approach.

There is enormous encouragement and support for those in the scientific academy (today's senior students) to upskill their ambitions in order to combat this highly dangerous, explosive future.

ETCHED with us forever - is the eleventh of September.

When captives in that plane seared our world in pain,

And Fanatical Powers wreaked carnage in those towers.

Is it Satanic 'free will' that makes us torture and kill?

Must hate blight the face of our flawed Human Race?

Must horror jihads - and reprisals - plague or planet's innocents, yet again?

Merciful Allah, Great Jehovah, if you're there, please explain?

I AM surprised it has taken so long for the public to realise that reality TV shows treat viewers like idiots.

Ratings for the majority of these TV shows are dropping and the shows are being terminated. About time.

Viewers will only be conned for so long with these so-called reality programs claiming that they are spontaneous.

These shows are mostly all staged and scripted with numerous takes over many weeks and very little if any reality.

Stop conning the viewers and do not promote them as spontaneous reality.

They could continue for a little longer if they were labelled the "unreality staged shows" as they are certainly not reality.

SWEETMAN'S biomass export push must be killed off, ("Sweetman's biomass push", Herald, 8/9). When will Australia get its head around a very harsh nature that can also be extremely fragile? The part of the world with the greatest variety of jaw-dropping beauty and unique flora and fauna, has the greatest biodiversity loss. Fifty years of tsunami toothless nature protection law means we are not qualified for handling this proposal, along with many others, that bludgeon nature. Now the NSW koala is threatened. Where does it end?

TO borrow George Orwell's words of wisdom, "All animals are equal, but some animals are more equal than others". Same applies to citizens of Australia, but give power and perks to a small elite, even laws are useful to those who have possessions and harmful to those who have nothing. When I hear politicians brag we are all equal in the eyes of the law, I use a four-letter word for them to bleep off.

CAN anyone tell me while we are in lockdown why there are so many vans, caravans, campervans and buses from Queensland, Victoria, Northern Territory and NSW camped up at Horseshoe Beach, Fort Drive and King Edward Park? Just wondering.

PEOPLE have to understand that rules and regulations in relation to most things, especially lockdowns, travel restrictions and other health orders for COVID-19 do not apply to movie stars, football players (and wives) politicians (especially prime ministers) they are only meant to apply to us peasants - not the high and mighty. Additionally I would like to thank Mr Barilaro for sending us in the Hunter all those infected people that gave us the problems. I could be wrong but it is my understanding that most if not all Hunter infections were started by infected visitors - legal or otherwise.

IF Annastacia Palaszczuk and Mark McGowan think they've eliminated COVID from their respective states, they must believe in the tooth fairy.

EVERY news health report we listen to says get vaccinated, that's all good and well, but when your GP advises you to get Pfizer because of underlying health issues, you can't, and if you're lucky enough, you might get your first jab by November. The government has passed on designated Pfizer to protect those younger people who have a much lesser chance of contracting this virus.

RUPERT Murdoch's newspapers and Sky News, under international condemnation and pressure from its advertisers is about to change direction in the most dramatic fashion. From October 17 there will be a company-wide campaign promoting climate action and 2050 net zero. Scott Morrison has found himself on the wrong side of, not only the scientific community, the will of the Australian people, and history, but more importantly, on the wrong side of Rupert.