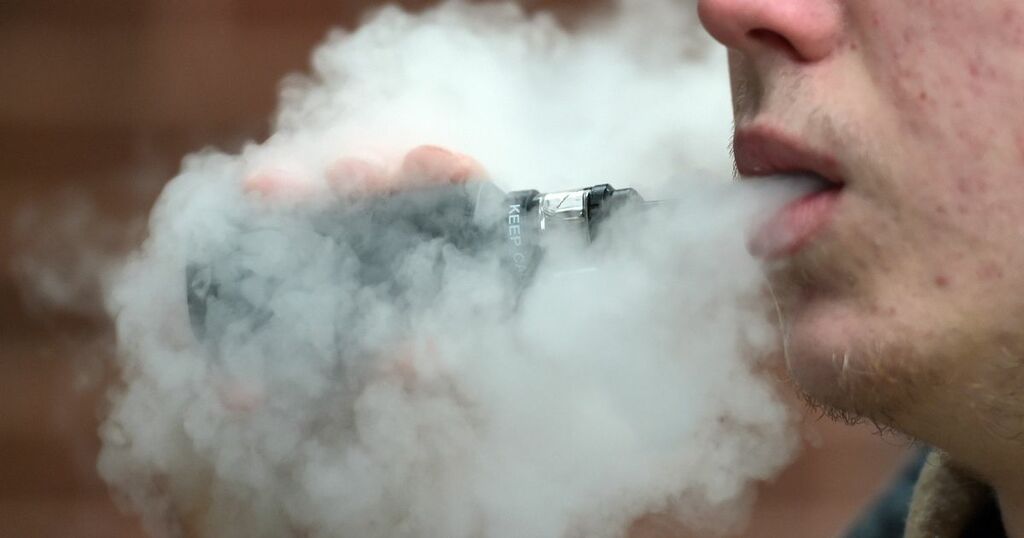 Thirteen employees have claimed they have been sacked for vaping whilst at work, while other vapers have said they're being discriminated against, it has been revealed.

Vaping retailer E-Cigarette Direct carried out a nationwide survey - Vaping in the Workplace Study - which claims 13 workers had lost their jobs over vaping, with 224 respondents said they had been discriminated against or bullied over vaping at work, reports HullLive.

James Dunworth, chairman of E-Cigarette Direct said: “It is quite shocking to learn people have actually lost their jobs due to vaping. It is also concerning many people have experienced bullying and discrimination.

READ MORE: The criminals jailed in Greater Manchester this week

“Vaping in the workplace is a little-explored area so we devised our study to help understand the challenges faced by vapers in the working world, and gather data to help employers make informed decisions to aid staff retention, health and morale.

“We spend at least a third of our waking lives at work and our working environment has a huge influence on our health and happiness - so these issues are hugely significant for people who wish to vape while at work.”

In contrast to smoking, people are legally allowed to vape inside.

However, E-Cigarette Direct’s research found 75 per cent of vapers are not allowed to vape at work - unless in dedicated smoking areas.

The company says this is in direct contravention of Public Health England guidance (now UK Health Security Agency), which states: “...vapers should not be required to use the same space as smokers, as this could undermine their ability to quit smoking and stay smokefree, particularly among those most heavily addicted.”

The study found 13 people said they had been dismissed for vaping.

Most dismissals had been within Government, Education, Health and Defence, with the highest rate of job loss seen in the Yorkshire and Humber region.

A total of 17 per cent working in the Real Estate sector have actively considered changing their job because of vaping restrictions. This job sector recorded the highest level of discrimination (16 per cent) and bullying (8 per cent).

Almost 1 in 5 people said that colleagues had reacted negatively to them vaping, while 44 said they had been bullied because of vaping.

And 80 respondents said they had been asked in a job interview if they vaped, with 41 suspecting they were refused a role because of vaping. The same number (41) felt that their career prospects had been damaged by vaping.

More people working in the food and accommodation sector than any other employment field were asked if they vape at their job interview, with people in this sector being left with the most suspicions they had been rejected for job roles because of vaping.

Mr Dunworth added: “We found evidence of significant negativity around workplace vaping, however almost all vapers use vaping to quit or cut down on smoking or to prevent relapse.

“We recommend employers ensure they and their employees are aware of national health guidance on vaping; it is at least 95% safer than smoking and it is the most effective and popular way to quit smoking (3). We hope our findings can lead to real positive change for vapers in the workplace.”