Sydney (AFP) - Vanuatu's parliament has declared a climate emergency, with the low-lying island nation's prime minister flagging a US$1.2 billion cost to cushion climate change's impacts on his country.

"The Earth is already too hot and unsafe," Loughman said.

"We are in danger now, not just in the future."

The parliament unanimously supported the motion, and it follows similar declarations by dozens of other countries, including Britain, Canada and South Pacific neighbour Fiji.

"Vanuatu's responsibility is to push responsible nations to match action to the size and urgency of the crisis," the leader said.

"The use of the term emergency is a way of signalling the need to go beyond reform as usual."

The declaration was part of a "climate diplomacy push" ahead of a UN vote on his government's application to have the International Court of Justice move to protect vulnerable nations from climate change.

Last year, the nation of around 300,000 said it would seek a legal opinion from one of the world's highest judicial authorities to weigh in on the climate crisis.

Though a legal opinion by the court would not be binding, Vanuatu hopes it would shape international law for generations to come on the damage, loss and human rights implications of climate change.

He also outlined the country's enhanced commitment to the Paris agreement to be reached by 2030 at the cost of at least US$1.2 billion -- in a draft plan primarily focused on adapting to climate change, mitigating its impacts and covering damages.

Most of the funding would need to be from donor countries, he said.

This week, Australia's new Foreign Minister Penny Wong used a trip to Fiji to promise Pacific nations a reset on climate policy after a "lost decade" under conservative rule. 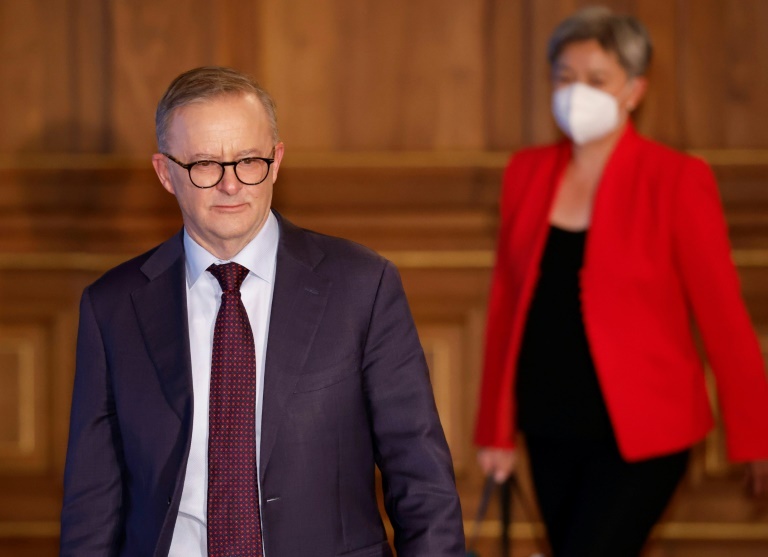 The new Labor government will push for a minimum wage increase in a letter to the Fair Work umpire, the…