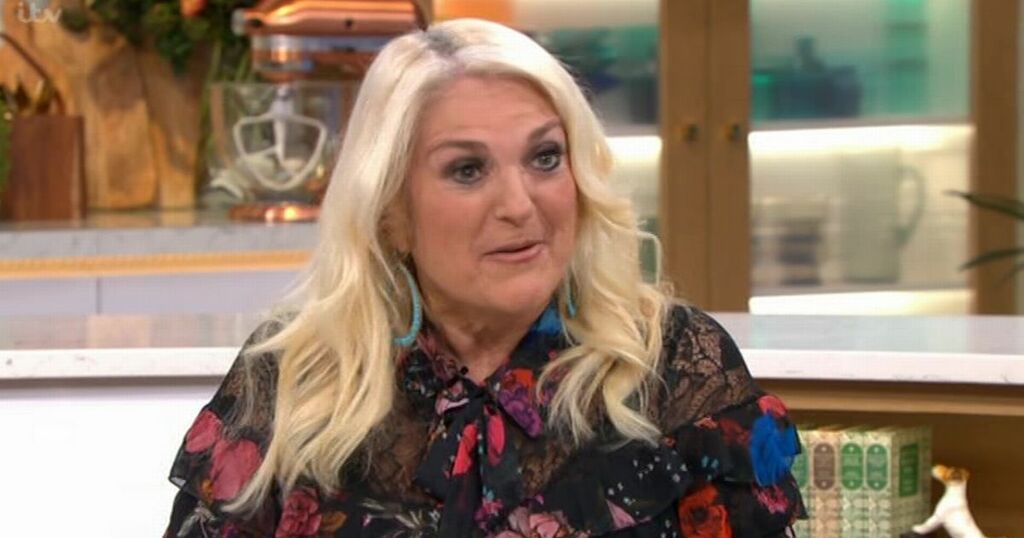 During an appearance on Monday's instalment of This Morning, the 59-year-old TV personality admitted that her children were furious after she posted a half-naked video of herself having a soak in her bathtub.

The blonde beauty looked fabulous as she enjoyed a glass of bubbly while donning a pair of sunglasses in the bathroom.

Vanessa filmed herself singing along to Girls Just Want To Have Fun by Cyndi Lauper as she enjoyed a Saturday night soak.

While Vanessa's fans were loving the sizzling video, the same can't be said for her children Allegra Kurer, 36, and Saskia Kurer, 33.

Appearing on This Morning, Vanessa opened up about the downfall of joining Instagram after putting it off for so long.

Quizzed on why she finally decided to return to the social media platform, Vanessa admitted: "I'm just having fun."

And lifting the lid on her bath video, the star went on: "It was just a little bit of cleavage. But my children have basically disowned me. They were like 'why did you do that?'. But it's just a bit of fun."

It comes after Vanessa previously vowed never to join Instagram.

But as the New Year dawned, the star couldn't help but get in on some of the action.

Lifting the lid on her experience, Vanessa recently admitted that she became hooked on the app within a matter of days.

"Six days in and I’m not sure if I’m having the time of my life or ruing the decision," she told Express.

"While pretending not to give a fig for anything as vulgar as checking my followers, I’ve found myself checking the numbers every three-and-a-half minutes.

"I have neckache from constant peering, sore eyes from gawping at the screen and a humdinger headache worrying about what to put on the thing."