Vale the Melbourne Star: through bird attacks and breakdowns, you shone … intermittently at best 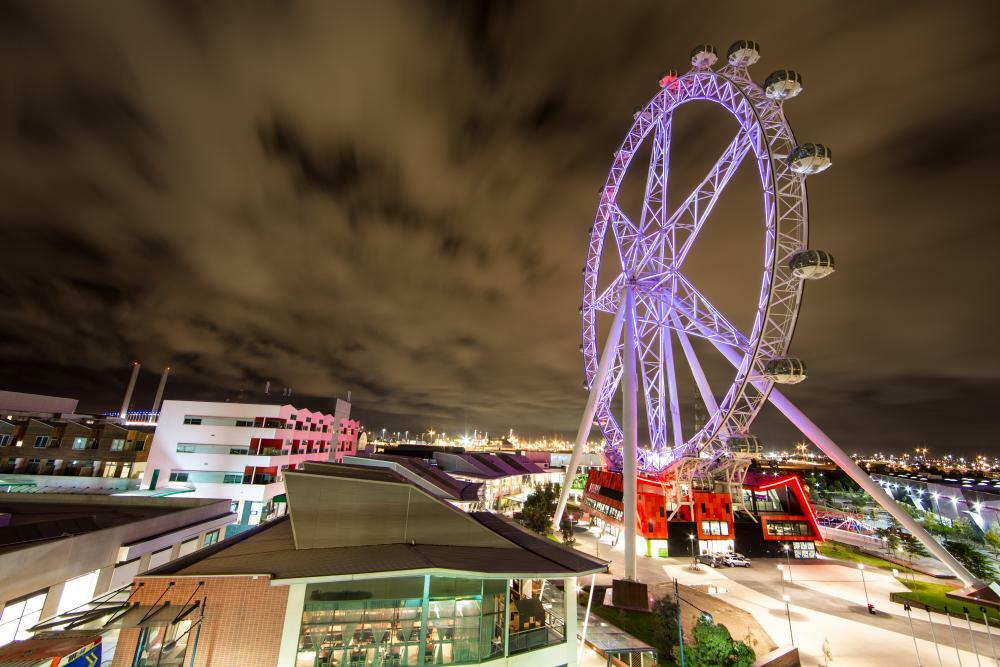 The Melbourne Star Observation Wheel peacefully completed her final rotation on Monday 6 September 2021, surrounded by friends, family and the Costco store, following a brave battle with pretty much everything.

The cause of death was “the global Covid-19 pandemic and subsequent travel restrictions and sustained shutdowns, adding to pre-existing challenges of operating amid increased high-rise development and changes in the Docklands area”, according to its directors – although she seemed to have been suffering from a very, very long pre-existing condition.

Born in the figurative shadow of iconic observation wheels like the London Eye and Singapore Flyer – and in the literal shadow of almost every other building in the Melbourne CBD – the Melbourne Star kept turning (and, often, not turning) as life continued to throw spokes in her wheel.

She first opened on 20 December 2008 and, in what could only be biblical allusion, ran for 40 days and 40 nights before closing, when a contract worker inadvertently discovered cracks in the steel up to three metres long.

The fault in our Star was at first attributed to a heatwave, but later turned out to be fundamentally the wheel herself. Most of her was sold for scrap, and she was redesigned and rebuilt from scratch.

It would be five years before the Melbourne Star opened to the public again, but it would not be five years before she went for another spin – on 28 November 2011, under strong winds, she broke free from her restraints, started rolling and injured a worker. In August 2012, a spokesman said she would return if Melbourne had “no wind, no rain for the next four months”, which is the most hilarious thing anyone has ever said. Sixteen months later, after a lot of wind and rain, she finally reopened on 23 December 2013.

At first she was called the Southern Star. To distance herself from all the bad luck, she’d rebadged as the Melbourne Star, the name of a British cargo liner that was sunk by torpedo in 1943 and cost 115 lives. Whether Southern or Melbourne, she was a star that shone brightly but briefly but also at best intermittently.

I first met the Melbourne Star when writing about her for a Melbourne city guide. It would have been early 2014 – some time after 26 December 2013, when a bird, possibly a pelican, flew into one of the cabin windows and cracked the glass, but before 24 January 2014, when she was shut down because of a “software problem”. I took a “flight”, as the trips were called, and joked about how, at 120 metres tall, she boasted the kind of views you’d get if you went to Eureka Tower, the tallest building in Melbourne, and rode the express elevator all the way up to the 88th floor’s observation deck and then took the stairs back down to the 40th floor.

But for some reason I couldn’t get her out of my mind. It was as though part of my heart was still trapped on the Melbourne Star, like those 95 passengers when one of her motors stopped working on the evening of 31 March 2018, forcing some to avail themselves of the emergency urinal bags. Everywhere I went, I felt her magnetic pull on the city’s skyline. It wasn’t a particularly impressive or awe-inspiring presence, but a familiar, loveable one. Federation Square may be inspired by mathematical fractals, and the Arts Centre’s Spire may recall the rippling tulle of a ballerina’s tutu, but the Melbourne Star, far more relatable, brought to mind a bike wheel with glow sticks whacked on its spokes – she was, above all, down to earth, as the views from the top attested to.

Last night, on a quick run to the shops before curfew kicked in at 9pm, I noticed her lights were no longer on, and was walloped by an unexpected gut punch of grief. But what was I grieving for? The Melbourne Star I rode wasn’t even technically the same Melbourne Star that first opened in 2008 and was scrapped. So if her 1,736 tonnes of steel are eventually melted down and reused, has she truly left us? The thought of the Melbourne Star continuing to light up the night sky for us while grounded, yet again, this time under lockdown, made my heart, fittingly, break.

I am reminded of the words of a hymn: “Will the circle be unbroken / by and by, by and by? / Is a better home awaiting / in the sky, in the sky?” Perhaps in death, as she certainly wasn’t in life, Melbourne’s beleaguered circle will finally for once be unbroken.

The Melbourne Star is survived, just barely, by the Docklands precinct.