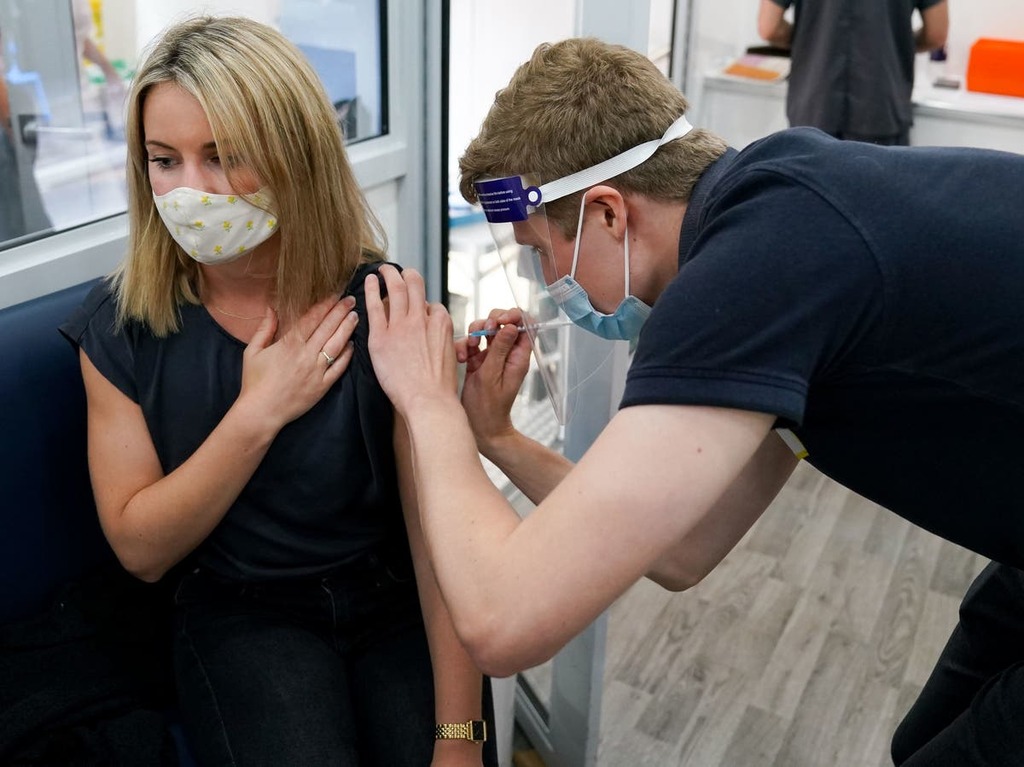 Introducing vaccine passports could make hesitant people even less likely to get Covid jabs, according to a study.

The government has confirmed plans to press ahead with the introduction of vaccine passports for large indoor venues, such as nightclubs, and mass gatherings, despite previously pledging not to implement the measure.

However research by the London School of Hygiene and Tropical Medicine (LSHTM ) and the University of St Andrews suggests the measure may lower vaccination inclination by 3.6 per cent if introduced for domestic use and 1.7 per cent for international use.

The study, involving more than 16,000 UK adults, found younger adults, Black/Black British groups and non-English speakers had lower inclination to get vaccinated compared to others if passports were introduced.

This was also found to be the case for some work statuses, including part-time employed and looking after the home or family.

Researchers involved in the study are calling for further evidence on the impact of restrictions requiring vaccine certification, including studies on the impact of these restrictions on vaccine confidence and willingness among those individuals and communities who are already more hesitant about vaccination.

Lead author Dr Alex de Figueiredo, from LSHTM, said: “Vaccine passports have been cited as a way to aid the reopening of society during and after the pandemic.

“However, although vaccine incentivisation has been cited as a motivating factor for vaccine passports, it is unclear whether vaccine passports are likely to increase inclination to accept a Covid-19 vaccine. This study helps plug that knowledge gap.

“The data suggest that passports receive popular support, however this is predominately among the vaccinated or among those who state a firm intention to vaccinate.

“What worries us is the possibility of a ‘vaccine passport paradox’ – a scenario in which passports in the UK may accelerate the rate at which the population is vaccinated while simultaneously lowering the level of that maximum.”

Respondents to the study were asked if they would be more or less inclined to accept a Covid-19 vaccine if a certificate or passport was required to attend social events in the UK, or for international travel.

A large minority of respondents reported that vaccination passports for domestic use (46.5 per cent) or international travel (42 per cent) would make them no more or less likely to accept a Covid-19 vaccine.

A sizeable minority of respondents also stated they would “definitely” accept a Covid jab and that vaccine passports would make them more likely to vaccinate (48.8 per cent for domestic use and 42.9 per cent for international travel).

However, the study’s authors believe the introduction of vaccine passports would likely lower inclination to accept a vaccine once baseline vaccination intent has been adjusted for.

This decrease is larger if passports were required for domestic use rather than for facilitating international travel, they said.

Earlier this week, Professor Neil Ferguson, a member of the Scientific Advisory Group for Emergencies (Sage), said the evidence was “very mixed” on whether vaccine passports could encourage wary members of the public to get fully jabbed.

The scientific adviser said restricting entry to nightclubs and other large indoor venues to vaccinated individuals only would help reduce Covid transmission.

However, he warned vaccine passports could “harden” the views of people reluctant to get double jabbed and “may well not be very effective” at increasing uptake.

While Professor Heidi Larson, director of the Vaccine Confidence Project, added: “Lower vaccination inclination in socio-demographic groups that are less confident in Covid-19 vaccines is a concern.

“As these groups tend to cluster geographically in large urban areas, caution should be exercised around any public health intervention that may undermine positive health-seeking behaviours in areas at high epidemic-risk.”