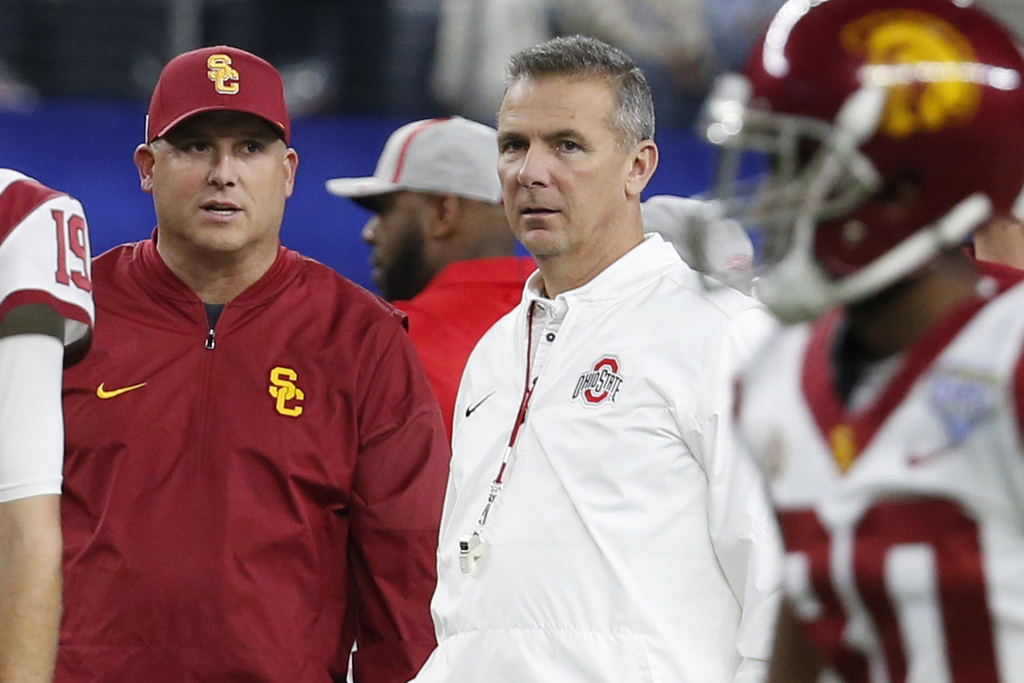 The first domino of college football season has fallen, and we’ve only just finished Week 2!

Late Monday afternoon, the USC Trojans announced the firing of head coach Clay Helton after six full seasons. The move comes just days after No. 14 USC was routed by Stanford 42-28 in a stunning upset, giving the Trojans a 1-1 record on the year. The loss dropped USC out of the AP’s top 25 rankings as well.

In his tenure with USC, Helton held a 46–24 overall record with the Trojans, helping the team to three conference championships and one conference title in 2017. For many, Helton should have been on the way out a long time ago, but a 5-1 record in the pandemic-shortened 2020 season saved his job… for two more games.

We are making a change in the leadership of our football program. #FightOn pic.twitter.com/xChL8xi0oG

So, the search for a new USC head coach begins. And with the woes of Jacksonville Jaguars head coach and long-time college coach Urban Meyer well apparent after a very rocky start in the NFL, college football fans all turned to the same joke in the wake of this USC opening.