The Biden administration has outlined new steps to tackle hate crimes in the United States, less than a week after a gunman killed 10 Black people at a grocery store in Buffalo, New York, in what officials say was a racist attack.

At a news conference on Friday, US Attorney General Merrick Garland said the Department of Justice will issue guidance to help law enforcement agencies, government officials and community groups raise awareness of the problem.

Garland said $10m in grant funding would go to support community-based approaches to preventing and addressing hate crimes; to develop better reporting to the Federal Bureau of Investigation, and to “fund states to establish and run reporting hotlines for victims of hate crimes”.

A language access coordinator also has been appointed to improve access to hate crimes reporting processes. “Confronting unlawful acts of hate is a matter of moral urgency for all of us here today,” Garland said.

The announcement came days after the deadly attack at Tops grocery store in a predominantly Black neighbourhood of east Buffalo, which spurred widespread condemnation and calls for justice and an end to white nationalist violence.

Garland said the Department of Justice was investigating the shooting “as a hate crime and as an act of racially motivated violent extremism”.

“We are deploying every resource we have to ensure account for this terrible attack, to pursue justice for the victims and their families, and to provide support to a grieving community,” he said.

“Last weekend’s attack was a painful reminder of the singular impact that hate crimes have not only on individuals, but on entire communities. They bring immediate devastation. They inflict lasting fear.”

The US has seen a rise in gun violence – with homicides linked to firearms hitting the highest rate in decades in 2020 – while one expert recently described the increase in hate groups and hate crimes in the country as an epidemic.

In 2020, hate crimes in the US were at the highest level in more than a decade, driven by a rise in assaults targeting Black victims and victims of Asian descent, the FBI reported.

According to Department of Justice data, law enforcement agencies reported 8,263 hate crimes that year. Race, ethnicity and ancestry was the primary motivator in 61.8 percent of cases, followed by sexual orientation and religion at 20 and 13.3 percent, respectively.

In March 2021, Garland launched a 30-day, internal review to determine how the Department of Justice could respond to the rise in hate crimes and hate incidents.

US President Joe Biden in May of that year also signed into law legislation that aimed to tackle a rise in hate crimes targeting Asian Americans and Pacific Islanders during the pandemic, and boost hate crimes reporting procedures.

Meanwhile, back in Buffalo, the first funeral for one of the victims of last weekend’s grocery store attack was being held on Friday.

Friends and family memorialised Deacon Heyward Patterson, 67, at a private service closed to the media at Lincoln Memorial United Methodist Church, less than a mile from the Tops Friendly Markets store where 13 people – 11 of them Black – were shot on Saturday.

Patterson, whom many called Deke or Deacon, was a constant presence at Tops, the lone grocery store in the predominantly-Black community on the east side of Buffalo, according to Yvonda King, a 55-year-old hairstylist.

A kindly, affable man, Patterson would provide rides to elderly shoppers – “jitneying” in the local parlance – with his car.

“I grew up with him all my life. He would give you the shirt off his back,” King said. “He was there every day, helping the elderly get around, or anyone who needs to get around as far as jitneying.” 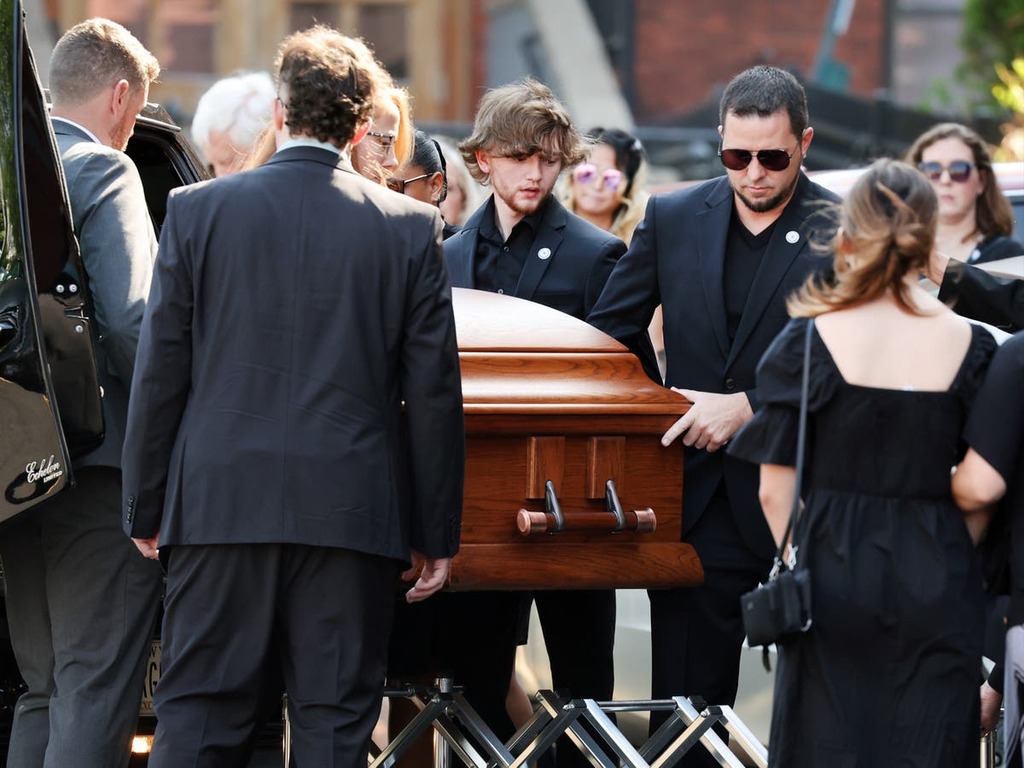 The Independent UK
One subscription that gives you access to news from hundreds of sites
FBI failing to address white supremacist violence, warns former special agent