The United States on Tuesday urged rapid progress from military to civilian rule in Sudan and threatened sanctions on anyone impeding or blocking the transition to democracy.

Richard Mills, deputy U.S. ambassador at the United Nations, said Washington supports a joint effort by the U.N. political mission in Sudan, the African Union and the eight-nation regional group IGAD to facilitate a Sudanese-led shift to democracy.

Speaking before the Security Council, he strongly encouraged Sudanese civilians and military to use this process to move quickly “on the framework for a civilian-led transitional government.”

Sudan has been in turmoil since an October military coup upended its short-lived transition to democracy after three decades of repressive rule by strongman Omar al-Bashir. Al-Bashir and his Islamist-backed government were removed in a popular uprising in April 2019.

The two main protest groups, the Sudanese Professionals Association and the Resistance Committees, have long demanded the removal of the military from power and the establishment of a fully civilian government.

The generals say they will hand over power only to an elected administration. They say elections will take place in July 2023 as planned in a constitutional document governing the transitional period.

Mills expressed hope that the dialogue facilitated by the U.N., AU and the east African IGAD regional group “will succeed and soon.”

“The transfer of power to a civilian-led government will enable the resumption of international financial support and development assistance — support that is desperately needed,” the U.S. envoy said. “To make sure that progress happens, and that the people of Sudan are well-served, we are prepared to levy consequences on those who impede or otherwise spoil Sudan’s transition to democracy.”

The U.N. special representative for Sudan, Volker Perthes, was asked if he thought sanctions would be useful, and replied: “I believe more in incentives than in sanctions.”

From late March until today, he said, Sudanese authorities have released at least 86 detainees, including high profile officials and activists, but at least 111 people reportedly remain in detention in Khartoum, Port Sudan and elsewhere.

While violence by security forces against protesters appears to have decreased overall, another protester was killed Saturday, bringing the total number to 96, he said.

“If the authorities want to build trust, it is essential that those responsible for violence against protesters be held to account,” Perthes said.

Following the initial release of detainees and reduction in violence, Perthes said, the U.N., AU and IGAD began on May 12 indirect talks with the parties on core issues. Those include the term and composition of key constitutional organs, future relations between the military and civilian components, and the mechanism and criteria for selecting a prime minister, he said.

Reaching understandings on these issues, Perthes said, “will help chart the way out of the crisis and address the institutional vacuum after the coup.”

The U.N. envoy was also cautious.

“Let me be clear: There are also spoilers who do not want a peaceful transition to democracy, or refuse a solution through dialogue,” Perthes said. “The Sudanese parties should not allow such spoilers to undermine the opportunity of finding a negotiated exit to the crisis.”

He said the government is involved in the U.N., AU and IGAD initiative to form a national consensus and have a civilian government. “And in this case the military will cede power to the government," but the ultimate objective is having democratic elections he said. 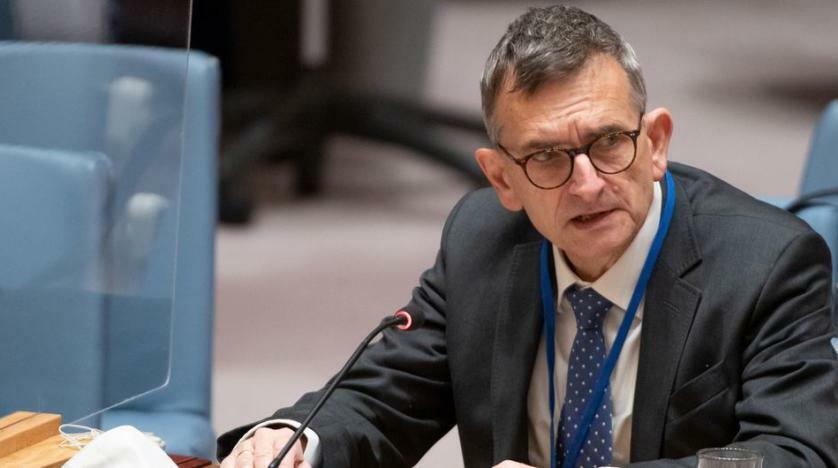 UN: Sudanese Must Engage in Dialogue to End Crisis
All Sudanese parties must find a conducive environment to facilitate intra-Sudanese talks as time is short for Khartoum to reach…

Asharq Al-Awsat
From analysis to the latest developments in health, read the most diverse news in one place.
Sudan security forces clash with protesters against military coup