US says spoke to Russia on reciprocal action, warned on Ukraine 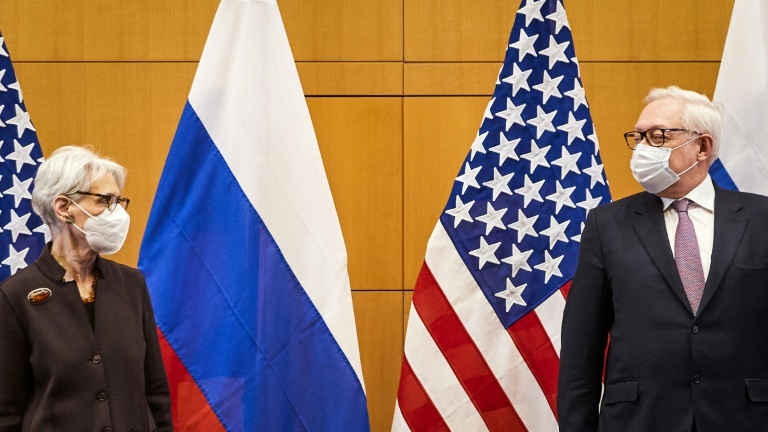 Geneva (AFP) - US Deputy Secretary of State Wendy Sherman said she spoke Monday to Russia about reciprocal moves to de-escalate on missiles and exercises, but renewed warnings of major costs if Moscow invaded Ukraine.

"We came up with a number of ideas where our two countries could take reciprocal action that would be in our security interest and improve strategic stability," Sherman told reporters after talks in Geneva with Russian Deputy Foreign Minister Sergei Ryabkov.

Sherman said that she offered further talks in greater detail on missile placement, following Russian calls for security guarantees as it amasses troops along the border with Ukraine.

But she said she ruled out a Russian call for guarantees that Ukraine will not join NATO.

"We're firm, however, in pushing back on security proposals that are simply non-starters in the United States.We will not allow anyone to close NATO's open-door policy."

She renewed a call on Russia to return its estimated 100,000 troops back to their barracks or to provide clarity on their purpose.

If Russia invades, "there will be significant costs and consequences, well beyond what they faced in 2014," when Moscow seized the Crimean peninsula and backed an insurgency in eastern Ukraine, she said.