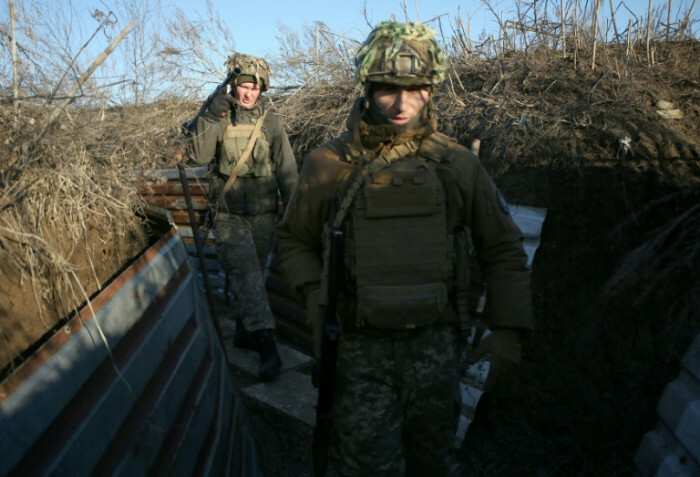 GENEVA: Top US and Russian diplomats kicked off crucial talks Monday on soaring tensions over Ukraine, amid fears of a Russian invasion of its pro-Western neighbour.

US Deputy Secretary of State Wendy Sherman and her Russian counterpart Deputy Foreign Minister Sergei Ryabkov opened their meeting at the US mission in Geneva at 8.55 am (2.55pm in Thailand), a State Department spokesperson said.

A convoy of black vehicles with Russian diplomatic plates had arrived shortly before, and was ushered through the large iron gates under a billowing US flag.

The two diplomats had already met informally in the Swiss city on Sunday evening, with Ryabkov afterwards telling the Interfax news agency the conversation was "businesslike" and "difficult".

The United States and Russia have set firm lines with Washington warning of the risk of confrontation and Moscow ruling out concessions.

The talks start a week of diplomacy in which Russia will meet with NATO and the Organization for Security and Cooperation in Europe (OSCE) officials, with the US trying to reassure European allies that they will not be sidelined.

US Secretary of State Antony Blinken stressed Sunday that Russia had to choose between dialogue and confrontation, warning on CNN that there would be "massive consequences for Russia if it renews its aggression on Ukraine."

Since late last year, Russia amassed tens of thousands of troops at the Ukrainian border, drawing Washington into a Cold War-style stand-off.

President Vladimir Putin's government is insisting NATO must never grant membership to ex-Soviet Ukraine, which is pushing to join.

Ryabkov told Russian news agencies Sunday that his country had ruled out making any concessions at the talks, even as Washington said many of Moscow's demands were non-starters.

Blinken however insisted that there was a possible "path of dialogue and diplomacy to try to resolve some these differences and avoid confrontation."

A senior White House official indicated Saturday that Washington could be prepared to discuss with Russia the possibility of both sides reining in the deployment of missile systems and the size and scope of military exercises.

Blinken warned though that any positive outcome from the talks would rely in part on Russia's willingness to stand down from its aggressive posture, which he likened to "an atmosphere of escalation with a gun to Ukraine's head."

"So if we're actually going to make progress, we're going to have to see de-escalation, Russia pulling back from the threat that it currently poses to Ukraine," he told CNN.

The talks come after Putin and US counterpart Joe Biden met in Geneva last June and agreed on regular "stability" talks between Sherman and Ryabkov.

In two phone calls to Putin, Biden has warned of severe consequences if Russia invades Ukraine.

Measures under consideration include sanctions on Putin's inner circle, cancelling Russia's controversial Nord Stream 2 pipeline to Germany or, in the most drastic scenario, severing Russia's links to the world's banking system.

Russia insists it was deceived after the Cold War and understood that NATO would not expand.

Instead, the US-led alliance welcomed in most of the former Warsaw Pact countries and the three Baltic nations that were under Soviet rule.

Russia has put intense pressure on Ukraine since 2014 after a revolution overthrew a government that had sided with the Kremlin against moving closer to Europe.

Russia seized the Crimean peninsula and backs an insurgency in eastern Ukraine in which more than 13,000 people have died.