US penalties for tech sales to China have soared, commerce official says 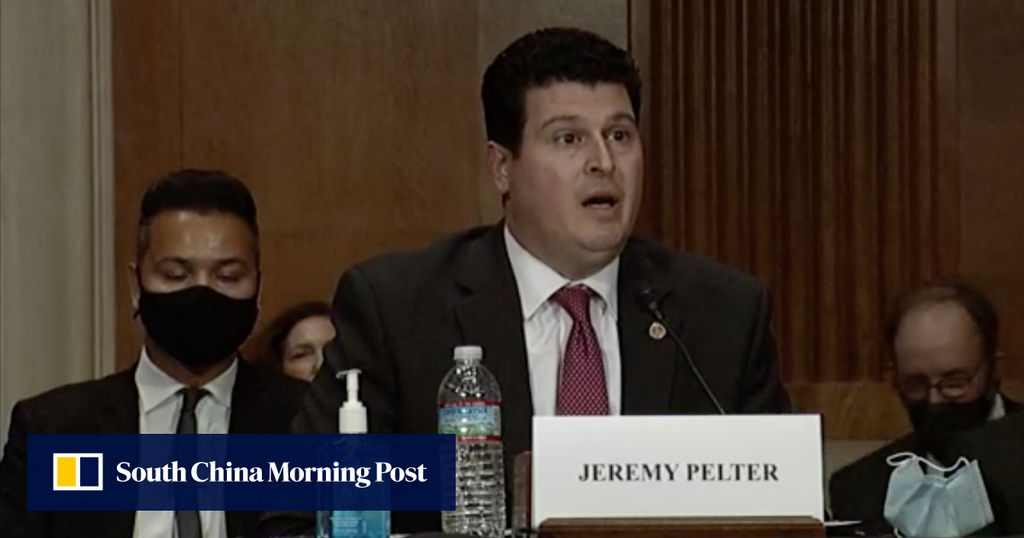 Punitive actions taken by the US for the sale of sensitive technology to China have soared this year as agencies policing such transactions have expanded their reach, a Commerce Department official said on Wednesday, in a hearing where the department was pushed to identify more technologies subject to export controls.

Investigations by the department’s Bureau of Industry and Security (BIS) into China-related transactions have resulted in 226 months of prison time, US$1,858,000 in criminal fines, and US$4,048,000 in civil penalties so far this year, the bureau’s acting undersecretary Jeremy Pelter said in a hearing before a congressional advisory panel.

That compares with 80 months of prison time and US$60,000 in criminal fines doled out in 2020, Pelter told the US-China Economic and Security Review Commission (USCC).

The penalties include a US$469,060 fine that BIS levied last month against Dynatex International of Santa Rosa, California, for sales to two Chinese companies on the Commerce Department’s “entity list” of companies deemed to be national security threats or human rights violators.

BIS is leveraging “unique relationships to … identify attempts to misappropriate US intellectual property to prevent its export and identify enforcement leads to disrupt and deter these illicit activities”, Pelter said. “BIS will continue to work with our inter-agency partners, Congress, the exporting community, and counterparts in allied countries to further our national security and foreign policy objectives.”

Pelter also said that Washington was trying to develop common export controls and policies with allied nations; US companies often suffer when such standards are applied unilaterally, he noted.

He cited the US-EU Trade and Technology Council – announced during US President Joe Biden’s meetings with the European Union, Group of Seven and Nato in June – as an example of those efforts.

“We‘ve seen very promising collaboration from several key partners in Asia and in Europe. I will also add as a great example of where this process is advancing is the new EU-US trade and Technology Council,” he said. “We’re going to continue to see our allies, our like-minded trade partners and others come to the same realisations about the [Chinese government] and their malign activities.”

However, some USCC panellists criticised the multilateral approach BIS is pursuing, arguing that the bureau should have produced a more comprehensive list of technologies since Congress mandated the task three years ago.

Last year, BIS added six categories to its list of technologies on a “commerce control list”, including technology used in the production of high-end integrated circuits and forensics tools that circumvent authentication or authorisation controls on electronic devices.

The update was mandated by the Export Control Reform Act (ECRA) that Congress passed in 2018, and is used by the inter-agency Committee on Foreign Investment in the United States (CFIUS) to determine which technologies cannot be sold to foreign entities.

CFIUS has become more active in blocking transactions between US and Chinese companies.

On Wednesday, Derek Scissors, a USCC commissioner, said that “there’s no excuse whatsoever” for BIS not yet producing a more definitive list of technologies subject to export controls.

“How many years should Congress, having passed ECRA, wait on foundational technology for the sake of BIS finding the multilateral system sufficiently accommodated?” asked Scissors, a senior fellow at the American Enterprise Institute, a Washington think tank. “It‘s been three years and we’ve done almost nothing. Are we looking at three more years for action?”

Of 37 emerging technologies added to the Commerce Department’s export control list as a result of ECRA, 36 of them were also implemented under multilateral export control regimes, “which both further protects such technologies from being acquired from other supplier countries and enhances US national security”, Pelter said in prepared testimony.

Roughly 420 Chinese entities are on the department’s entity list, most of which are subject to a licensing policy of presumption of denial for all items on the BIS control list. The list was expanded most recently in July, with some targeted for their alleged roles in suspected human rights abuses in the country’s far-west Xinjiang region and others for ties to China’s military.