Washington, DC – Robert Malley, US President Joe Biden’s special envoy for Iran, has defended Washington’s efforts to return to the 2015 nuclear deal with Tehran, but he acknowledged that prospects of restoring the agreement are “tenuous at best”.

Testifying before the United States Congress on Wednesday, Malley stressed that the multilateral pact, formally known as the Joint Comprehensive Plan of Action (JCPOA), “was working” until Washington withdrew from it in 2018 under then-President Donald Trump.

Malley said the Biden administration will continue to pursue a deal as long as it assesses that the non-proliferation benefits of an agreement are worth the sanction relief that Iran would receive.

“Of course as I speak to you, we do not have a deal and prospects for reaching one are tenuous at best,” Malley told lawmakers. “If Iran maintains demands that we go beyond the scope of the JCPOA, we will continue to reject them and there will be no deal.”

The US diplomat was likely referring to Iran’s demand for removing its Islamic Revolutionary Guard Corps (IRGC) from Washington’s list of “foreign terrorist organizations” (FTO).

Hours prior to Malley’s appearance before the Senate Foreign Relations Committee on Wednesday, the Biden administration announced new sanctions against what it said was an “international oil smuggling and money laundering network” linked to the IRGC’s Quds Force, which is responsible for the group’s foreign operations.

Trump’s administration, which nixed the JCPOA in 2018, labelled the IRGC as an FTO in the first such move targeting a branch of another country’s military.

Now Iran wants that designation revoked as part of reviving the nuclear agreement, but Biden and his top aides appear to be holding firm in keeping the IRGC on the blacklist.

On Tuesday, a report by Politico said the US president had made a “final” determination against reversing the IRGC’s “terror” designation and informed Israeli Prime Minister Naftali Bennett of the decision during a call last month.

Bennett, a vocal opponent of the JCPOA, appeared to confirm the report later and thanked Biden for what he called “this principled decision”.

“I welcome the decision by the US Administration to keep Iran’s IRGC on the Foreign Terrorist Organizations list  — which is where it belongs,” the Israeli prime minister wrote on Twitter.

I welcome the decision by the US Administration to keep Iran’s IRGC on the Foreign Terrorist Organizations list — which is where it belongs.

Thank you to @POTUS @JoeBiden for this principled decision and for being a true friend of the State of Israel.
🇮🇱🇺🇸

On Wednesday, Malley said the IRGC designation is outside the scope of the nuclear deal, and if Iran wants it removed, it must give concessions beyond the nuclear file.

“We’d made clear to Iran that if they wanted any concession on something that was unrelated to the JCPOA – like the FTO designation – we needed something reciprocal from them that would address our concerns,” Malley said.

“Iran has made the decision that it’s not prepared to take the reciprocal steps; they have to decide now, are they prepared to reach a deal without extraneous demands.”

He declined to reveal what Washington has asked of Tehran to remove the IRGC’s “terror” label.

The 2015 nuclear pact saw Iran scale back its nuclear programme in exchange for the lifting of international sanctions against its economy.

After Trump withdrew from the agreement in 2018 his administration launched a “maximum pressure” campaign of sanctions against Iran. In turn, the Iranian government started escalating its nuclear programme well beyond the limits set by the JCPOA.

The Biden administration has maintained that it is willing to restore the deal through “mutual compliance”, committing to remove sanctions related to Iran’s nuclear programme while also maintaining penalties targeting Iranian officials and institutions over what it calls “terrorism” and human rights abuses.

Still, some proponents of diplomacy argue that the IRGC designation should fall under the JCPOA because the Iranian military branch was blacklisted as part of Trump’s “maximum pressure” campaign after he left the deal.

Ryan Costello, policy director at the National Iranian American Council (NIAC), a Washington, DC-based group in favour of restoring the nuclear agreement, said the position that Malley articulated on Wednesday does not match Bennett’s tweet that proclaimed a final US decision on the IRGC issue.

“That seems a bit contrary to the tweet yesterday that it’s just not going to be lifted and the Politico report that Biden has ruled out lifting the designation,” Costello told Al Jazeera. “There may still be some kind of a middle path approach.”

He said possible solutions may include lifting the designation if Iran agrees to broader regional talks or removing the IRGC from the FTO list while keeping the Quds Force blacklisted.

Still, Costello said the Biden administration has “fallen into the political trap” set by Trump and his allies when they added the IRGC to the “terror list” with the aim of making a return to the nuclear deal more difficult.

Costello noted that US officials have acknowledged that the designation does not have a strong effect on the IRGC.

“As a practical matter, the designation does not really gain you much because there are myriad other sanctions on the IRGC,” Secretary of State Antony Blinken told Congress last month.

Amid this impasse, indirect US-Iranian talks to restore the nuclear agreement have been on ice for weeks, despite European and Qatari diplomatic efforts to push for a solution.

On Wednesday, several hawkish lawmakers urged Malley to walk away from the talks. Republicans and some leading Democrats – namely Bob Menendez, the chair of the Senate Committee on Foreign Relations – also grilled the envoy over what they see as shortcomings of the JCPOA, including the agreement’s failure to address Iran’s ballistic missile programme and regional activities.

But other lawmakers advised Malley to push on with the negotiations and secure an agreement.

For his part, Malley argued that the US is better off with the deal than without it, stressing that “maximum pressure” led to removing the curbs on Iran’s nuclear programme while making other issues, like Tehran’s support for regional proxies, even worse. 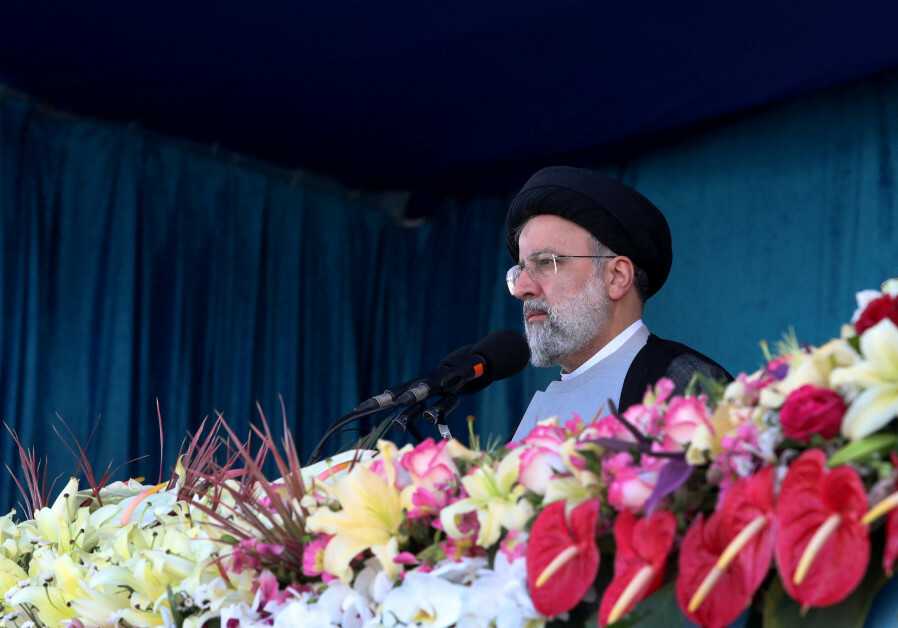 Prospects for reviving Iran nuclear deal 'tenuous' at best - US
The United States' Iran envoy Rob Malley said on Wednesday that the chances of reviving the 2015 JCPOA are 'tenuous,'…

The Jerusalem Post
One subscription that gives you access to news from hundreds of sites
Prospects for Reviving Iran Nuclear Deal ‘Tenuous’ at Best, Says US