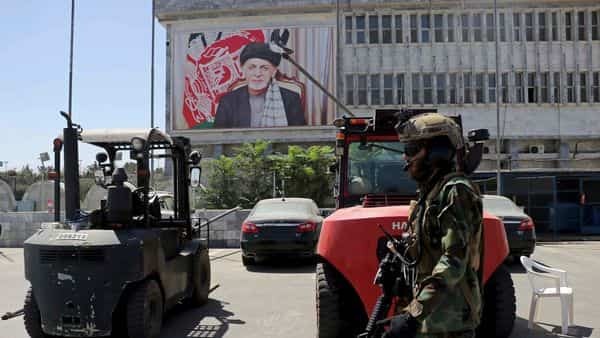 The Afghan countryside is littered with abandoned and decaying power plants, prisons, schools, factories, office buildings and military bases, according to a watchdog agency, the legacy of the US’s 20-year effort to fund the establishment of a modern Afghan state that could provide security and basic services for its citizens.

A range of US government agencies poured an estimated $145 billion into construction and infrastructure projects, equipment for the Afghan security forces, humanitarian aid, counternarcotics programs and other spending, according to the Special Inspector General for Afghanistan Reconstruction, or Sigar.

Across the country, local Afghan partners often lacked the expertise and resources to maintain the buildings and equipment after they were handed over. In many cases, the U.S. government built things the Afghans didn’t want or need, according to Sigar.

Some facilities and equipment were damaged in fighting. In other cases, whether through malfeasance or incompetence, American, Afghan and international contractors never delivered what they were paid for, Sigar’s reports show.

Sigar, an independent Defense Department watchdog, conducted regular audits of U.S. spending and has found that the U.S. government wasted at least $2.4 billion on capital assets that went “unused or abandoned, had not been used for their intended purposes, had deteriorated, or were destroyed."

To be sure, Sigar notes that U.S. investment in Afghanistan reconstruction “has had some notable successes." A recent audit—taken before the Taliban took control of the country—points to a $7.3 million agricultural education center and a $5.9 million women’s dormitory at Herat University, a $2 million raisin-processing plant in Kandahar and facilities at Kandahar’s airport.

Here is a sample of some failed projects.

Beginning in 2008, the U.S. Air Force spent $549 million to buy and maintain 20 refurbished G222 medium-lift transport aircraft for the Afghan air force. The U.S. planned to fly the planes to Kabul’s international airport, train the prospective Afghan pilots and turn the aircraft over to the Afghan military.

Sixteen of the planes were flown to Afghanistan, and four were later delivered to Ramstein Air Base in Germany. In Afghanistan, the planes suffered from chronic maintenance problems related to a lack of spare parts, poor workmanship and shoddy refurbishment before the planes were even delivered. In addition, Air Force investigators noted that the planes didn’t fly well in Afghanistan’s climate and high altitude. U.S. military officials began receiving alarming reports of near-fatal midflight accidents.

By 2012, only nine of the 16 planes were cleared to fly, and six had been cannibalized for parts. Meanwhile, the four planes remaining at Ramstein were found to be poorly refurbished. The Air Force decided to cancel the program but couldn’t find anyone interested in buying the planes. In 2014, the U.S. military sold the planes to an Afghan company for scrap, for $40,000.

Overseas Private Investment Corp., a U.S. government agency that financed and insured private-sector development projects, extended $85 million in loans to construct a luxury hotel and apartment building across the street from the U.S. Embassy in Kabul. The hotel, to be called the Marriott Kabul, was to cater to foreign investors and repatriating Afghan citizens.

Construction began in 2009 and halted four years later, with news reports citing security fears. In 2016, Sigar inspectors accompanied by armed embassy security personnel found the site incomplete, abandoned and suffering from major structural damage. Sigar auditors that year said the contractor had made false statements about the pace of construction to obtain the final loan disbursements. The embassy took over security at the abandoned building and ultimately condemned the site. An embassy official later told Sigar that the building was neither seismically sound nor blast-resistant and couldn't be salvaged.

In 2011, construction began on an apartment building next door to the hotel, to be called the Kabul Grand Residences, intended eventually to house expatriate workers, diplomats, aid workers, U.S. government personnel and local Afghans. Following the final loan disbursement, the recipient told OPIC that the company had stopped work. In 2016, inspectors found the project incomplete and abandoned and determined that the recipient’s claims about the pace of construction were blatantly false and unrealistic.

“No space in either building was suitable for human occupancy," Sigar’s inspectors wrote in a memorandum for the record, noting that the upper stories appeared to be inhabited by birds.

In 2006, the Defense Department purchased two Rapiscan Eagle G6000 vehicle-scanning machines for $2.8 million each and over the next few years installed them at border checkpoints to help the Afghan government counter smuggling and collect customs duties.

Scanners at Sher Khan Bandar, across the Panj River from Tajikistan, and Torkham, at the border with Pakistan, were turned over to the Afghan government in 2013 and used for about two years to inspect vehicles for contraband. The one in Sher Khan Bandar fell into disrepair as soon as U.S. advisers left the facility. The Afghan officials at the border crossing said they ran into technical and software problems and maintenance issues and didn’t have workers capable of operating the machine. The other, at Torkham, was reported damaged by a Pakistani rocket, and Afghan officials said they hadn’t been given the resources to repair it.

The Defense Department set aside $2.3 million to set up a goat farm and laboratory in Herat, with the goal of breeding a herd of 2,000 goats that would yield lightweight, white cashmere that would command higher prices on the wool market than Afghanistan’s typically heavier, darker cashmere. In 2014, Colorado State University, which received the grant to set up the facility, reported it was up and running. But the outbreak of a goat disease and a lack of space to graze the herd hindered operations. The university ran into bureaucratic trouble transferring ownership to the Afghan company it had identified to take over operations. By 2017, the facility had been abandoned and stripped of its equipment and was physically deteriorating.

In 2012, the Army Corps of Engineers awarded a $1.7 million contract to an Afghan-owned construction company to build a compound for the Afghan National Police north of Kunduz. A year later, construction had barely begun, and inspectors found the buildings at risk of structural failure. The facility was designed to run off a generator, without connection to the local power grid, leaving it susceptible to frequent power outages.

By 2020, the compound had been completed, but the Afghan National Police had abandoned it after Taliban attacks. Looters had made off with fixtures from the compound, an Afghan official told U.S. inspectors.

In 2008, the Defense Department set aside $1.6 million to refurbish and upgrade a dilapidated and unreliable electric power plant in Khost, a city in southeastern Afghanistan. By July 2009, two of the five new generators were out of operation, and the ceiling was falling in. Only one of the plant’s 20 workers had been trained to operate and maintain the generators, and the generators’ user manuals were printed in English, a language local officials couldn’t read. By May 2020, the power plant had been abandoned and had deteriorated beyond repair. An Afghan official said the government lacked funding or know-how to maintain and operate it.

In 2008, the Defense Department approved a $771,000 contract to build a facility in Alingar to store and process grain. In 2011, inspectors were already concerned that the project wouldn’t work, and by 2020, the facility had been abandoned. Several buildings had structural damage, and most of the equipment had been stripped for parts, with light fixtures and wiring ripped from the walls. A local official told U.S. government investigators that the Afghan government had never assigned anyone to operate and maintain the facility, and the local community didn’t have the knowledge or resources to do so.

The Defense Department funded an $89,000 pedestrian bridge over the Alisheng River in Laghman province, which was completed in February 2009. The following year, inspectors said the bridge appeared to be damaged by flooding, likely because it had been poorly built. By May 2020, the bridge had been washed away, with only the foundations and wooden debris remaining.