US job openings rose to a record 10.9 million in July 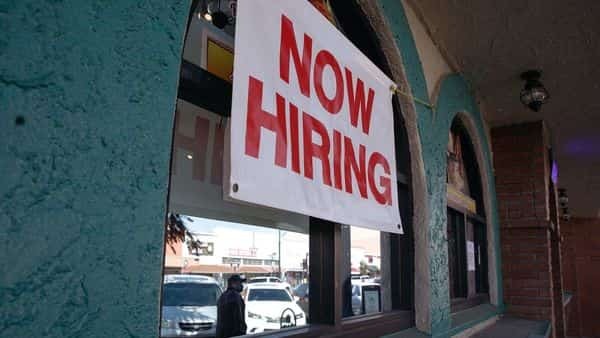 U.S. job openings rose to a fresh record high in July, illustrating the lingering staffing shortages that are making it challenging for businesses to meet demand.

The number of available positions rose to 10.9 million during the month from an upwardly revised 10.2 million in June, the Labor Department’s Job Openings and Labor Turnover Survey, or JOLTS, showed Wednesday. Economists in a Bloomberg survey had called for openings to remain little changed at 10 million.

After shedding millions of workers from payrolls last year, the rapid snapback in economic activity has left many businesses severely short-staffed. “Help Wanted" signs can be seen in the windows of businesses across the U.S., and many restaurants have limited their hours of operation.

Employers have offered incentives to attract applicants -- like higher wages and one-time bonuses -- but the pool of available workers remains constrained by pandemic-related factors.

Looking ahead, hiring constraints should ebb as virus fears abate and schools reopen for in-person learning. However, the surge of infections related to the delta variant and its impact on schools and Americans’ general sense of safety in the workplace could delay significant improvement in filling positions.

The number of vacancies exceeded hires by 4.3 million in July, the most since data dating back to 2000. The number of people who voluntarily left their jobs rose to 4 million in the month, and the quits rate was unchanged at a near record 2.7%.

The largest increases in openings were in health care and social assistance; finance and insurance; and accommodation and food services.

Total hires eased to 6.7 million in July, most notably in sectors like retail and manufacturing. The hires rate decreased to 4.5%. Layoffs and discharges picked up slightly.

The JOLTS figures trail the government’s monthly jobs data. That report, out last week, showed payrolls rose by just 235,000 in August -- trailing all economists’ estimates -- as the spread of the delta variant paired with ongoing hiring challenges weighed on job growth.

Separate figures last week showed half of small-business owners said they had vacant positions they could not fill in August, a record in the National Federation of Independent Business survey. Meantime, the share of consumers who said jobs were “plentiful" in the Conference Board’s survey last month hovered near a two-decade high.