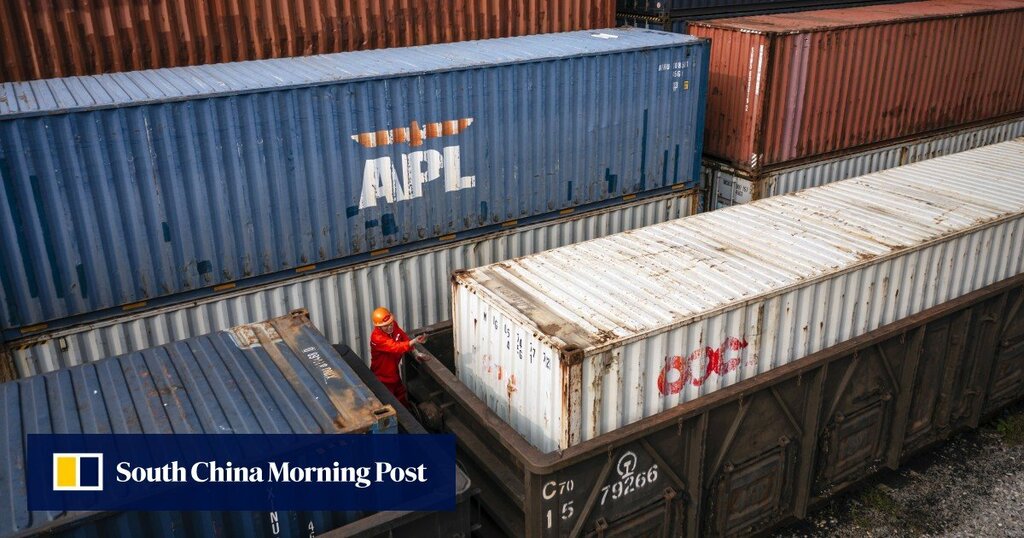 Officials from the US, Japan and Australia touted their joint efforts to support infrastructure projects in developing countries around the world as a transparent and non-predatory substitute to Chinese-funded projects, during a virtual think tank panel discussion on Thursday.

The DFC is a US government bank that helps finance development projects around the world.

“We’re providing a different model,” he said at the Centre for Strategic and International Studies event.

It was the latest sign of Washington’s efforts to corral its allies in competition against Beijing’s Belt and Road Initiative, the Chinese government’s global effort to build roads, bridges, communications lines and other infrastructure in countries around the world.

Washington, Tokyo and Canberra joined forces three years ago to provide an alternative development financing model, and described success stories on Thursday that included an undersea cable to Palau and an electrification project in Papua New Guinea.

But Marchick declined to offer specific numbers when asked about how much funding the US and allied governments were willing to spend overall on infrastructure projects around the world, and whether they would be able to keep up with Beijing’s massive levels of funding.

“I don’t think that we’re seeking to try to pursue a dollar for dollar approach, or to follow anybody around,” said Marchick. He emphasised that their model also relies heavily on the private sector.

“The Western donors moved away from financing infrastructure years ago, for a variety of reasons, and it seems unlikely that that would change,” said Dollar, now a senior fellow at the Brookings Institution. ”Western donors focus more on social services and public administration and probably should stick to what they are good at.”

Japan, Australia and the US, along with India, are also members of the burgeoning alliance known as “the Quad”.

Biden hosted the Quad leaders at the White House in late September, and after their meeting the White House said that the group would have a renewed focus on infrastructure development in the Asia-Pacific region.

The White House said afterwards that the group had already jointly spent more than US$48 billion on infrastructure in the region since 2015.

In June, US President Joe Biden and the leaders of the G7 nations also announced the creation of a “Build Back Better World Partnership”, also known as the B3W initiative, which the White House has framed as an alternative global development plan to compete with China.

Brian Deese, director of the White House’s National Economic Council, called out China directly in a separate online discussion by the Peterson Institute for International Economics about the B3W initiative.

“Our hope is to provide a positive alternative to the prevailing infrastructure investment regimes – and, to be explicit – China’s Belt and Road Initiative that has over the last several years too often been opaque, been a tool or a vector for corruption or investments that lack environmental, social and governance standards, or our climate objectives,” Deese said.

He added that BRI projects often “create the risk that countries end up in the kind of debt traps that the Peterson Institute … and others have been studying for years, and ultimately don’t serve in the long term interest of the recipient countries and their people”.

The White House official did, however, highlight “a welcome sign” from China in the form of President Xi Jinping’s commitment at the UN General Assembly last month to halt funding of new coal-fired power projects abroad.

Deese also suggested that the door is open for Chinese collaboration through the Beijing-based Asian Infrastructure Investment Bank on B3W projects provided that Chinese partners are “adhering to standards in practice, and most importantly … real transparency around both the setting of those standards and the implementation down through to the project level”.

On Tuesday, US Secretary of State Antony Blinken spoke in Paris about a separate infrastructure initiative between the US, Japan and Australia called the Blue Dot Network – a programme to create sustainability standards for infrastructure projects around the world.

When asked if the Blue Dot Network was meant to directly compete with China’s Belt and Road Initiative, which has been accused of causing environmental damage and corruption, Blinken demurred.

“This is about what we’re for, not what or who we’re against,” Blinken said.