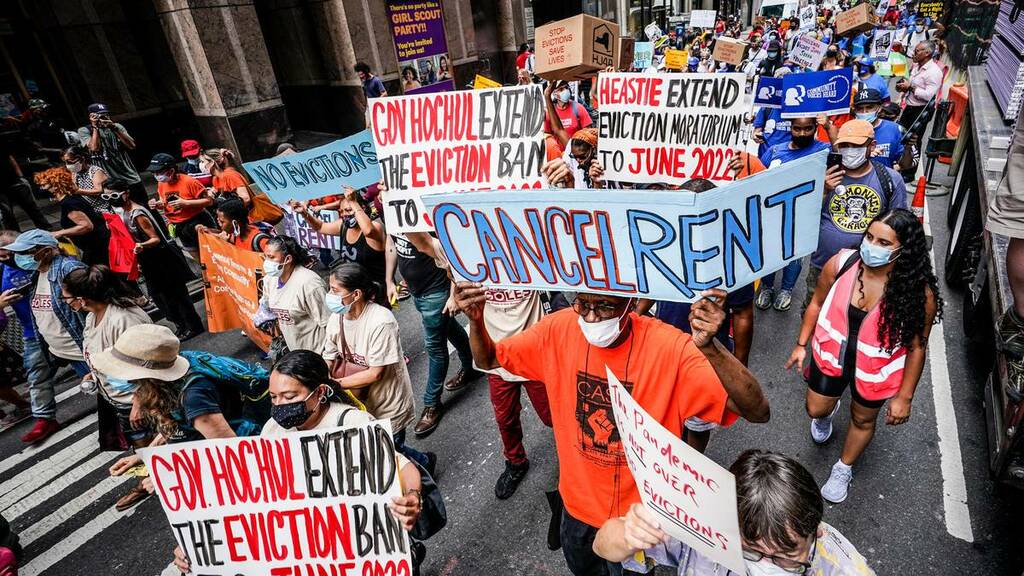 Inflation in the US jumped at its fastest pace in nearly 40 years last month, a 7 per cent spike from a year earlier that is increasing household expenses, eating into wage gains and heaping pressure on President Joe Biden and the Federal Reserve to address what has become the biggest threat to the US economy.

Prices have risen sharply for cars, petrol, food and furniture as part of a rapid recovery from the pandemic recession that was fuelled by vast infusions of government aid and emergency intervention by the Fed, which slashed interest rates. As Americans have ramped up spending, supply chains have been squeezed by shortages of workers and raw materials.

"Inflation ended 2021 very hot," said Ben Ayers, senior economist at Nationwide. Ayers and other economists say prices may cool off some as snags in the supply chain ease, but inflation will remain elevated throughout 2022.

The Labor Department reported on Wednesday that its measure of inflation that excludes volatile food and gas prices jumped 5.5 per cent in December, the fastest such increase since 1991. Inflation rose 0.5 per cent overall from November, down from 0.8 per cent the previous month.

Nicole Pomije, a bakery owner in Minnesota, said she is increasing prices for her cookies because of surging costs for butter and other ingredients.

Her basic cookies were priced at 99 cents each, while premium versions such as white chocolate were selling for $1.50 each. But Pomije said she will have to bump up the prices of her basic cookies to the premium price.

"We have to make money," she said. "We are a business. We don't want to lose our customers. But I think we might."

Rising prices have wiped out the healthy pay increases that many Americans have been receiving, making it harder for households, especially lower-income families, to afford basic expenses. Polls show that inflation has started displacing even the coronavirus as a public concern, making clear the political threat it poses to President Biden and congressional Democrats.

A significant portion of inflation is still being driven by pandemic-driven mismatches between demand and supply. Used car prices have soared more than 37 per cent over the past year because new car production has been limited by shortages of semiconductors. New car prices jumped 1 per cent in December and have soared 11.8 per cent in the past year.

Clothing costs rose 1.7 per cent just in December, the sector's second month of sharp increases, and are up 5.8 per cent from a year ago.

There was some relief last month. Petrol prices dropped 0.5 per cent in December, yet they are still 50 per cent higher than a year ago.

Most economists expect inflation to moderate once the Omicron wave fades and as Americans shift more of their spending to services such as travel, eating out and movie-going. That would reduce the demand for goods and help clear supply chains, which are showing some signs of untangling.

At the moment, prices are still rising for rent, restaurant meals and groceries. These gains are being driven by strong demand from consumers, who are benefiting from a strong job market and rising wages. The unemployment rate fell to 3.9 per cent last month.

In recent weeks, shortages and higher prices have cropped up at US grocery stores. The Omicron variant and severe weather have compounded labour and supply-chain problems.

Many restaurants have been passing along higher labour and food costs on to their customers. Darden Restaurants, the company that owns Olive Garden, LongHorn Steakhouse and other chains, said it increased prices by 2 per cent at the end of last year and expects to bump them by another 4 per cent over the next six months.

On Tuesday, Federal Reserve chairman Jerome Powell told Congress that if it becomes necessary to fight high inflation more aggressively, the Federal Reserve is prepared to accelerate the interest rate hikes it plans to begin this year. Fed officials have estimated that they will raise their benchmark short-term rate, now pegged near zero, three times this year.

Those rate increases would likely increase borrowing costs for home and auto purchases as well as for business loans, potentially slowing the economy. The Fed is also ending its monthly bond purchases, which were intended to lower longer-term interest rates to encourage borrowing and spending.

The Fed's pivot hasn't quelled questions from economists and some senators about whether it has acted too slowly to end its ultra-low-interest rate policies in the face of accelerating inflation.

In his testimony to Congress on Tuesday, Powell said the Fed mistakenly believed that supply chain bottlenecks that have helped drive up the prices of goods wouldn't last nearly as long as they have. Once the supply chains were unsnarled, he said, prices would come back down.

However, Powell acknowledged that the supply problems have persisted. He noted that many cargo ships remain docked outside the port of Los Angeles and Long Beach, the nation's largest, waiting to unload.

With the Biden administration facing public discontent over the rise in inflation, the president has said his administration's investments in ports, roads, bridges and other infrastructure would help by loosening snarled supply chains.

But economists don't expect inflation to fall all the way back to the Fed's target level of 2 per cent.

Leslie Preston, senior economist at TD Bank, forecasts prices will still be rising at a 3 per cent pace at the end of this year.