US lawmakers voted Tuesday to send a $40 billion aid package to Ukraine, as Congress races to keep military aid flowing and boost the government in Kyiv as it grapples with the Russian invasion.

The defense, humanitarian and economic funding passed the House of Representatives by 368 votes to 57, with the two parties' leaders having already reached an agreement on the details. It will likely pass the Senate by the end of the week or next week.

All the dissenting votes came from the Republican ranks.

"With this aid package, America sends a resounding message to the world of our unwavering determination to stand with the courageous people of Ukraine until victory is won," House Speaker Nancy Pelosi told her Democratic colleagues ahead of the vote.

Congressional leaders struck a deal Monday to release $6.8 billion more than the $33 billion previously requested by the White House to help the Eastern European nation ward off Moscow's invasion.

The financial boost includes an extra $3.4 billion for both military and humanitarian assistance on top of the funding requested by the administration.

If the package passes the Senate as expected, US spending to bolster Ukraine's defenses against Russia's invasion and address the ensuing humanitarian crisis will soar to around $54 billion.

The White House applauded Tuesday's vote as a "critical step" toward helping Ukraine "defend their democracy" against Russian aggression.

"As the president said yesterday, we cannot afford any delay in this vital effort," White House press secretary Jen Psaki said in a statement.

"We look forward to continuing to work with Senate leadership to get this bill to the president's desk quickly and keep assistance flowing to Ukraine without interruption." 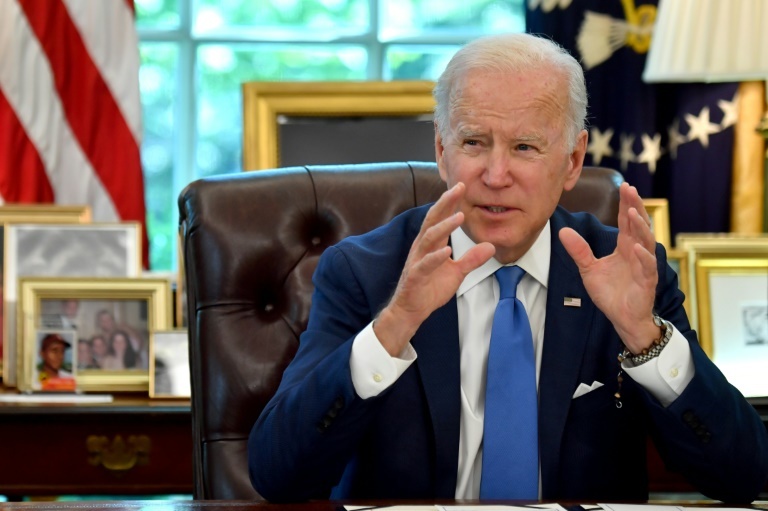 US takes first step to approve $40 bn in Ukraine aid
Washington (AFP) - US lawmakers voted Tuesday to send a $40 billion aid package to Ukraine, as Washington warned that Russia…

AFP
One subscription that gives you access to news from hundreds of sites
US set to approve $40 bn for Ukraine, warning of long war ahead

The U.S. House of Representatives approved more than $40 billion more aid for Ukraine on Tuesday, as Congress races to…