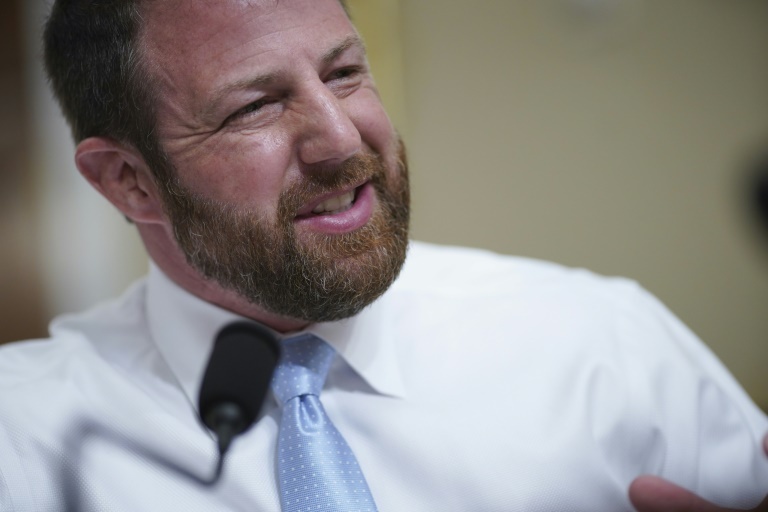 Washington (AFP) - President Joe Biden has promised to do everything in his power to rescue Americans stranded in Afghanistan and fearful of violent Taliban reprisals following the US military withdrawal.

But limited resources and diminished political leverage have opened the way for evacuation missions led by Republican politicians, former military personnel and private organizations that risk embarrassing the White House.

The United States managed to airlift more than 120,000 US citizens, Afghans and foreigners since the Taliban's lightning takeover on August 15 -- but hundreds were left behind.

In a sign of the pitfalls ahead, the government was accused Tuesday of wrongly taking credit for, and even actively obstructing, the first mission to get Americans out since the completion of the withdrawal at the end of August.

Republican congressmen Markwayne Mullin and Ronny Jackson heaped scorn on the government after helping stage the evacuation Monday of a Texas woman and her three children.

"The State Department...actually told the embassy in the country not to assist us in any way," Mullin told CNN.

The Oklahoma representative said the mission began two weeks ago when he and Jackson were contacted about the woman, named Mariam, and tried to get the family on one of the last flights out of Kabul.

But he said that the team found itself getting "all types of pushback" from the State Department and found its way blocked at Kabul airport.

"And even though we had her at the gate multiple times, we were on the phone to the State Department over the last two weeks trying to get her out and they wouldn't even open the gate for us," Mullin said.

The team then tried to get the family aboard a private charter flight from the northern city of Mazar-i-Sharif, but the planes were never cleared for departure.

Finally, they were able to travel overland to a neighboring country that is not being identified to avoid jeopardizing future rescue missions.

The United States says it provided guidance to the group on an overland route and had embassy officials waiting for them once they crossed the border.

A State Department official said the Taliban were aware of the operation and did not interfere.

But Mullin told CNN the team was forced to bribe its way through 20 Taliban checkpoints, paying $500 to $4,000 per person.

Army veteran and Republican congressional candidate Cory Mills, who was on the ground with the family, told Fox News he was informed by the Taliban that "we have no agreement, we have no coordination with the Americans, to allow you to pass."

Mullin says the group had the family at the crossing point for 24 hours before the State Department "was even aware she was there."

"They didn't show up until a few hours...before we got her across.And so for them to say they facilitated it, it is absolutely a lie."

Jackson, a retired navy rear admiral and former physician to presidents Barack Obama and Donald Trump, added in a tweet that the State Department "didn't do a damn thing for these people for 12 days except almost get them killed repeatedly."

Biden argued the United States could achieve nothing else from its longest war after holding accountable Al-Qaeda over the September 11 attacks, 20 years ago this week.

The president has promised to aid the evacuation of the 100 or so Americans remaining in Afghanistan who want to leave.

But he has faced mounting pressure amid reports that some 600 to 1,300 people -- including girls and US citizens -- have been prevented for a week from flying out of Mazar-i-Sharif.

With no military presence since the end of August, the US government has been forced to rely on the good will of the Taliban, its sworn enemy, to allow the evacuations.

Secretary of State Antony Blinken has had to deny accusations from Republicans that he has encouraged a "hostage-like situation" in Mazar-i-Sharif.

Blinken met Afghan evacuees and US teams processing them Tuesday on a visit to Qatar, the transit point for nearly half of the people airlifted from Afghanistan.

He said Tuesday the militants had promised that "all American citizens and Afghan citizens with valid travel documents will be allowed to leave."

He said the United States was seeking to resolve problems with charter flights including security screening and some passengers' lack of identification.