One of Joe Biden’s closest allies is due to arrive in London on Saturday as part of an influential US congressional delegation seeking to calm tensions over Northern Ireland.

The nine-strong delegation includes Democratic and Republican delegates from the House of Representatives and Senate including members of the powerful ways and means committee chaired by Richard Neal, who will lead the group.

The group was due to land in Brussels early Friday for a series of meetings, including with the European Commission’s vice-president and Brexit commissioner Maroš Šefčovič, to kick off a six-day trip that will also take in Dublin, Kerry and Belfast.

Neal has also requested a meeting with Boris Johnson and while nothing is scheduled he said he was “hopeful” talks with the prime minister could still be arranged.

The delegation’s arrival is being seen as a significant intervention by the US, which is acting as co-guarantor of the 1998 Good Friday agreement.

Neal has already made his displeasure known over the government’s plan to draft legislation to remove parts of the Northern Ireland protocol from the Brexit treaty despite warnings it could risk a full trade war with the EU.

But he told the Guardian his mission was to defuse tensions and help broker a UK-EU deal.

“My purpose is manifold but we really want to reaffirm America’s unwavering commitment to the Good Friday agreement and to remind everybody that on the eve of the 25th anniversary of the Good Friday Agreement, it has worked splendidly,” he said.

“I want to remind everybody in the UK, in Northern Ireland that it should not be treated as a cavalier achievement.”

He said it was important to pull back from the brink of unilateral action to breach the Brexit treaty.

“They haven’t breached it yet. They’re talking about breaching it, so part of my job is to convince them not to breach it,” he said.

He confirmed that Biden has a “high level of interest” in appointing a special envoy to Northern Ireland echoing the move to send Senator George Mitchell, one of the architects of the peace accord, to Belfast in 1995.

Shadow Northern Ireland secretary, Peter Kyle, said the US visit should be a welcome interjection given the Democratic Unionist party threats not to return to power-sharing until the new laws on the protocol were enacted.

“The UK government is unable to provide the stability or platform for which political differences can be settled, so therefore it falls to another country.”

He added: “It is humiliating for our government and our country. We need a third-party country to come in and seek a resolution and to be an honest broker.”

After London, the delegation will travel to Dublin to meet the Irish leaders and Belfast to meet Sinn Féin leaders and the DUP leader, Sir Jeffrey Donaldson, whom Neal has met on many occasions.

Their arrival coincides with a warning by Ireland’s deputy prime minister Leo Varadkar that the British position on Brexit was causing such divisions in Northern Ireland it would backfire and “weaken” the union.

“Brexit weakened middle-ground support for the union in Northern Ireland. Unilateral action on the protocol will weaken it even more,” the tanaiste said in an article for the Guardian.

The delegation will also visit Ventry in Kerry, the birthplace of Neal’s maternal family, the Garveys, to meet with an agriculture delegation travelling to the Eastern States Exposition in September.

The EU ambassador to the UK rejected Truss’s demand that the Northern Ireland protocol be rewritten, and issued a blunt warning of retaliation if the government passes a law disapplying aspects of the agreement.

“We can’t renegotiate the protocol: the ink on the signatures is hardly dry,” said João Vale de Almeida. 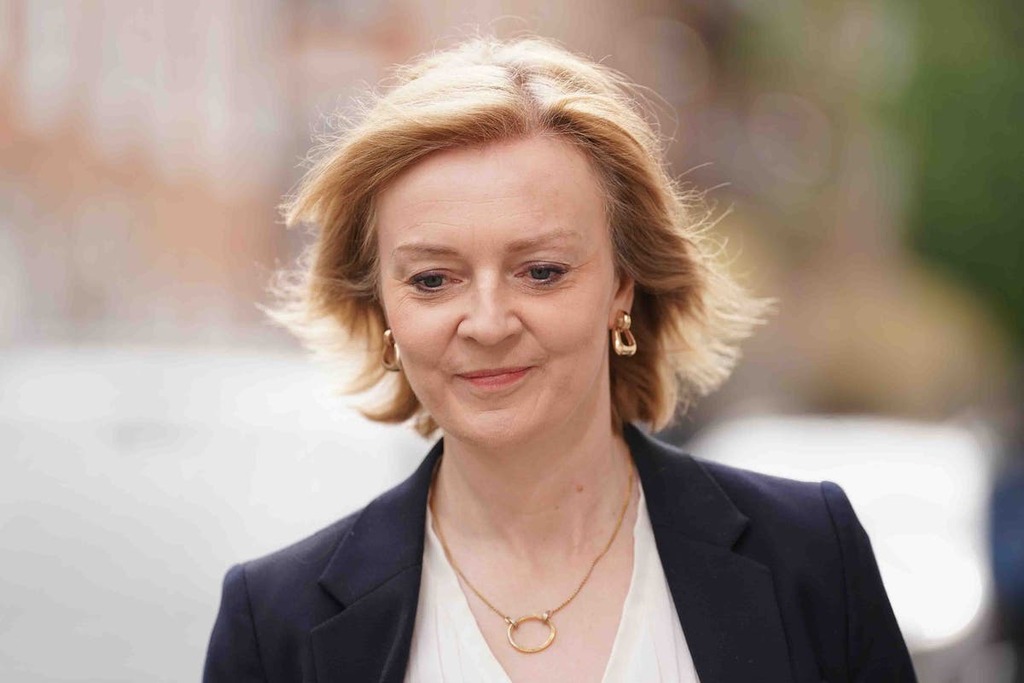 The Independent UK
From analysis to the latest developments in health, read the most diverse news in one place.
Joe Biden ally aims to ‘convince’ UK government not to breach Northern Ireland protocol during talks

US president Joe Biden’s close ally has said he will try to “convince” Boris Johnson’s government to ditch its plan to override the Northern Ireland Protocol during talks in London.