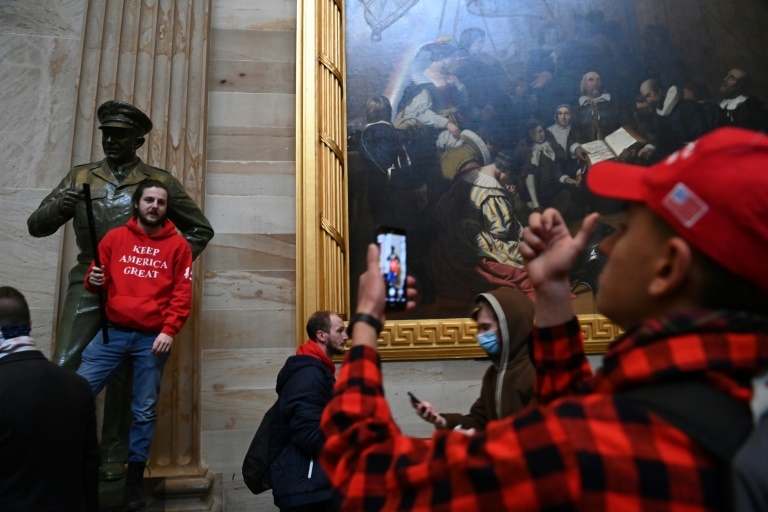 Washington (AFP) - The congressional committee investigating the January 6, 2021 storming of the US Capitol on Thursday subpoenaed records from YouTube, Facebook, Twitter and Reddit that would detail the use of social media in the attack.

The records could help explain "how the spread of misinformation and violent extremism contributed to the violent attack on our democracy," said Bennie Thompson, chairman of the House Select January 6 Committee.

Thompson said the companies had not responded adequately to requests for information to help in its investigation of the violent attack a year ago on the Capitol by supporters of then-president Donald Trump.

"Meta has produced documents to the committee on a schedule committee staff requested -- and we will continue to do so," the social network titan told AFP.

The committee is probing how the attack, which shut down the US Congress, came together and whether Trump and members of his circle had any part in encouraging it.

In the Alphabet subpoena, Thompson said YouTube had hosted "significant communications" that were "relevant to the planning and execution of the January 6th attack," including, he said, of former Trump advisor Steve Bannon.

And he said Facebook had been used "to share messages of hate, violence, and incitement, to spread misinformation, disinformation, and conspiracy theories."

The subpoena to Reddit said a former discussion group, r/The_Donald, became a hub for discussing and planning the assault after its ban from Reddit.

Likewise, the committee said Twitter had been used for discussing and planning the assault on the Capitol.

Twitter had been "reportedly warned about potential violence being planned," the subpoena said.

The January 6 Committee, which has already interviewed some 300 witnesses, has issued subpoenas for several key figures and documents.