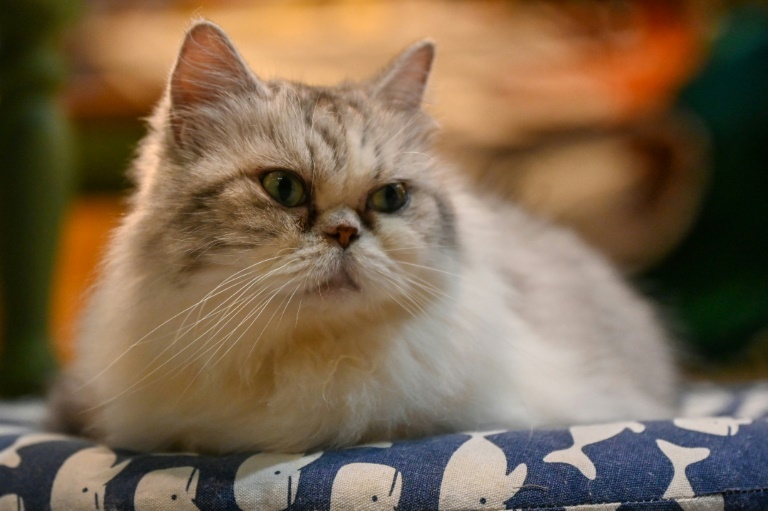 Washington (AFP) - Good news for senior felines hoping to get a spring back in their step.

The US Food and Drug Administration (FDA) on Thursday approved its first treatment to control pain associated with osteoarthritis in cats, which is also the first monoclonal antibody drug approved for any animal species.

These lab-grown proteins have grabbed headlines during the pandemic for preventing high-risk people with Covid from getting severely ill.

Not all monoclonal antibodies target pathogens however.Some that are approved for humans with cancer perform other functions, like tagging cancer cells so the immune system can recognize them better and fight them.

Solensia, the new injectable drug approved for cats, works by attaching itself to a protein called nerve growth factor (NGF) that is involved in the regulation of pain.

When frunevetmab, the active ingredient in Solensia, binds to NGF, it prevents the pain signal from reaching the brain.

"Advancements in modern veterinary medicine have been instrumental in extending the lives of many animals, including cats," said Steven Solomon, director of the FDA's Center for Veterinary Medicine, in a statement.

"But with longer lives come chronic diseases, such as osteoarthritis,"  he added.

Osteoarthritis occurs when the protective cartilage that cushions the ends of bones wears thin.Eventually the bones in a joint rub against each other, causing pain and lessening joint movement, and at times leading to bone spurs.

Because cats are not good at directly conveying their symptoms, researchers asked their owners about their animals' level of impairment doing activities like jumping onto furniture, using their litter box, or grooming, and compared their abilities to before they developed osteoarthritis.

The owners were then asked to assess their cats' response after receiving treatment.

Overall, the cats in the treatment group had better assessment scores than those who received placebos during randomized clinical trials.

Side effects of the drug, which is injected under the skin by a veterinarian once a month, included vomiting, diarrhea, injection site pain, scabbing on the head and neck, dermatitis and pruritus (itchy skin).

The effects were mild and didn't require stopping treatment.Zoetis, the drug's maker, said it should not be used in breeding cats or in those that are pregnant or lactating.

It also should not be taken by humans.

Zoetis declined to comment on its cost but said it would be priced "competitively."