US ‘tests’ direct engagement with China in trade talks 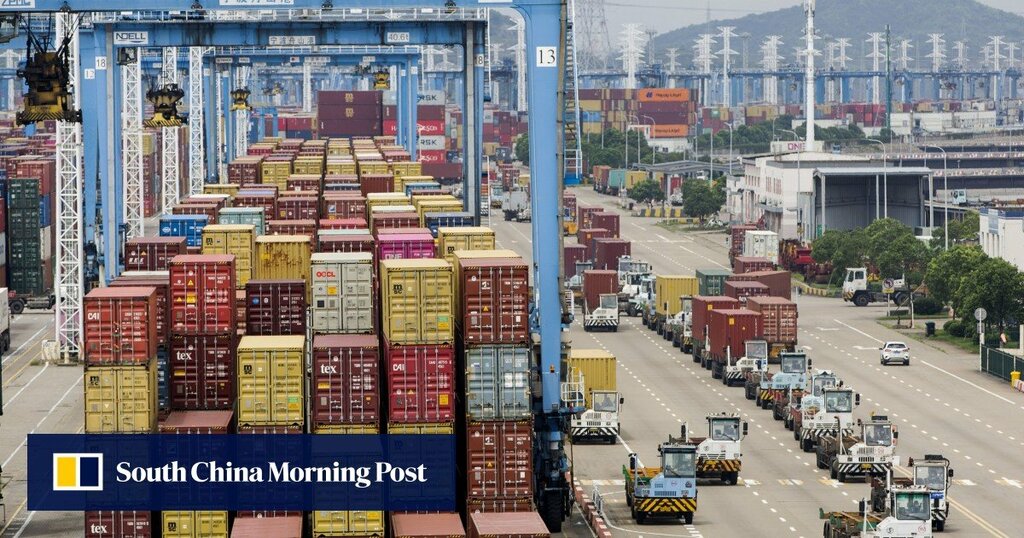 China has pushed the United States to cancel tariffs in a virtual meeting between Vice-Premier Liu He and US trade representative Katherine Tai – a meeting that Washington characterised as a “test” of whether direct engagement would help address its concerns about Beijing’s trade practices.

The call on Friday was the second conversation between the pair and came after Tai said in a speech that the White House would restart a process to exempt certain goods from Trump-era tariffs.

“During their candid exchange, Ambassador Tai and Vice-Premier Liu acknowledged the importance of the bilateral trade relationship and the impact that it has, not only on the United States and China, but also the global economy,” the USTR office said in a statement.

During the meeting, Tai and Liu reviewed the implementation of the US-China Economic and Trade Agreement, and agreed that the two sides would consult on certain outstanding issues, the statement said.

State news agency Xinhua reported that the two sides had a “pragmatic, frank and constructive” exchange, adding that both sides agreed to deepen economic and trade cooperation and review the implementation of their trade deal.

It also said China had pushed the US over tariffs imposed by former US president Donald Trump and explained its stance on its model for economic development.

Speaking before the talks on condition of anonymity, senior USTR officials characterised the discussions as a “test” of whether direct engagement with China would help secure Washington’s objectives. They also said that any further steps taken by the administration would be determined by China’s response.

“The main principle is that China needs to live up to its commitments, and we are going to engage with them to make that point,” one official said. “And it’s up to China to demonstrate whether they’re willing to do that.”

In an address laying out the administration’s vision for its China trade policy this week, Tai said China had failed to meet some of its commitments in the phase one trade deal, which largely centred around purchase agreements.

US officials have deflected questions about whether the White House would take unilateral action such as additional tariffs on China – as the terms of the phase one deal allow – if those concerns were not addressed.

“All options are on the table and we will defend to the hilt our economic interests,” one official said on Friday.

Asked why the US would continue to engage with China on its industrial policies given pessimism about potential reforms, the official on Friday said that engagement was the “basis” of the trading relationship.

“The US-China economic relationship – our trade relationship – is really important and it affects the global economy and the economies of both countries, so engaging on these issues makes sense,” the official said. “But what wouldn’t make sense is waiting for China to make changes before we took steps to defend our workers.”

Tai’s address, coming after an eight-month policy review, was criticised by some US observers for lacking detail and largely continuing with the same strategy put in place by the Trump administration. That comes despite numerous studies that the burden of US tariffs on Chinese goods has largely fallen on domestic consumers and businesses.

The White House has also indicated that it is not pushing for talks on a possible phase two deal, with senior officials conceding in a separate call earlier this week that they did not expect China to make “meaningful reforms” in areas such as industrial policy.

Instead of expecting China to make significant reform to its industrial policies, US officials said earlier this week they would focus on diversifying markets, bolstering ties with allies, and working to increase US competitiveness.

Ding Yifan, a senior fellow with the State Council’s Development Research Centre, said Beijing was always willing to seek common ground, but Washington was acting out of political considerations.

“It’s the US, rather than China, that should be anxious,” he said, adding that the high tariffs on a vast majority of Chinese-made goods did not hurt Chinese exports but fuelled inflation in America.

Ding said China now had the upper hand and would insist on its own development direction. “Even the US began to adopt some sort of industrial policy. Why should they point the finger at us?” he added.

“The purchase of American farm produce and other products could increase in the short term to honour the phase one deal, while the removal of tariffs may also be discussed ahead of the virtual meeting between leaders,” he said.

However, Yu said the United States must realise that Chinese supplies could not be replaced given the economic interconnectedness between the two countries. China would improve its market access and business environment to lure more foreign investors but it would not give up its development strategy.

“Increased contacts and negotiations are important to manage their differences, but their competition in advanced technologies and many other areas won’t stop,” he added.