Urgent warning issued to anyone with a Ring doorbell following £100,000 court case 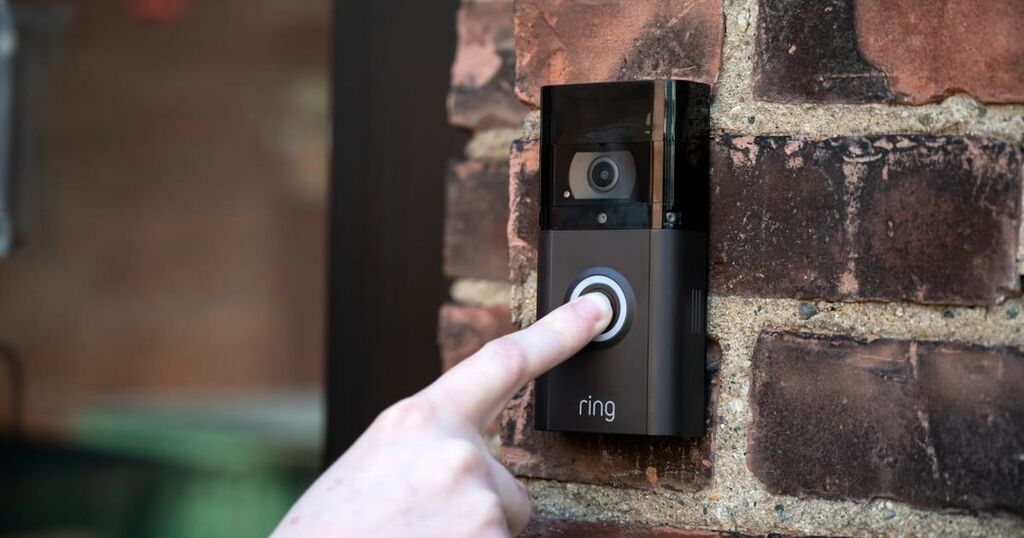 A judge has ruled that a man's use of a camera doorbell breached data protection laws and caused harassment to his neighbour - and he may now have to pay her £100,000.

Camera doorbells allow you to see who is at your door when they press the button, with the device also able to detect any motion.

Dr Mary Fairhurst reported that she had to move out of her home due to the doorbell installed by her neighbour Jon Woodward, reports Wales Online.

Mr Woodward had four of the devices fitted around his house, but his neighbour claimed that meant she was under constant surveillance.

At the end of a court hearing, Judge Melissa Clarke stated that Mr Woodard had breached the Data Protection Act 2018 and UK GDPR and said the photographs and video of Dr Fairhurst are her own personal data.

The court heard the cameras had a wide field of vision and captured images and audio outside of Mr Woodard's property.

A spokesman for Ring said: "We strongly encourage our customers to respect their neighbours' privacy and comply with any applicable laws when using their Ring device.

"We've put features in place across all our devices to ensure privacy, security, and user control remain front and centre - including customisable Privacy Zones to block out 'off-limit' areas, Motion Zones to control the areas customers want their Ring device to detect motion and Audio Toggle to turn audio on and off."

There will be a court hearing next month where Dr Fairhurst could be awarded damages - expected to be £100,000.

Robin Knox, home security expert and co-founder of www.Boundary.co.uk said: “Although camera-based home security systems can be an efficient deterrent for burglars, they do come with their risks, and privacy is one of them. As seen in this case, it was ruled that the doorbell cameras were too invasive, so it’s important that people reassess their existing methods of home security to make sure it’s not impacting on the lives of others.

“Ring’s smart doorbell cameras are initially triggered by a motion sensor, as well as overlaying person detection, meaning recording can be triggered by anyone walking past.

"It’s important that when looking into outdoor home security cameras, buyers look for systems that include privacy masking to avoid recording outside of the boundary of the home. Otherwise, signage would be required as well as compliance with GDPR data management regulations. Motion detection zones can also be set up to reduce false alerts.

“Not only should a home security system flag legitimate threats of break-ins, but they should also then proceed to provide follow-through protection, such as automatic police response. Self-monitored cameras might initially seem useful and exciting but it can be hard to always be on-duty when at work, on holiday or asleep. A professionally monitored system from a recognisable brand makes it more likely that your intruder will be initially deterred, cause less damage and ultimately increase the likelihood of being caught, thanks to a swift and reliable 24/7 response.

"Look out for systems that have BS EN 50131 tested motion sensors, and only buy from companies who can offer a Grade 2 installation, Police URN, and are accredited by one of the two industry bodies (SSAIB or NSI). These companies are the only ones who can access the highest priority ‘level 1’ response from Police forces in the UK."