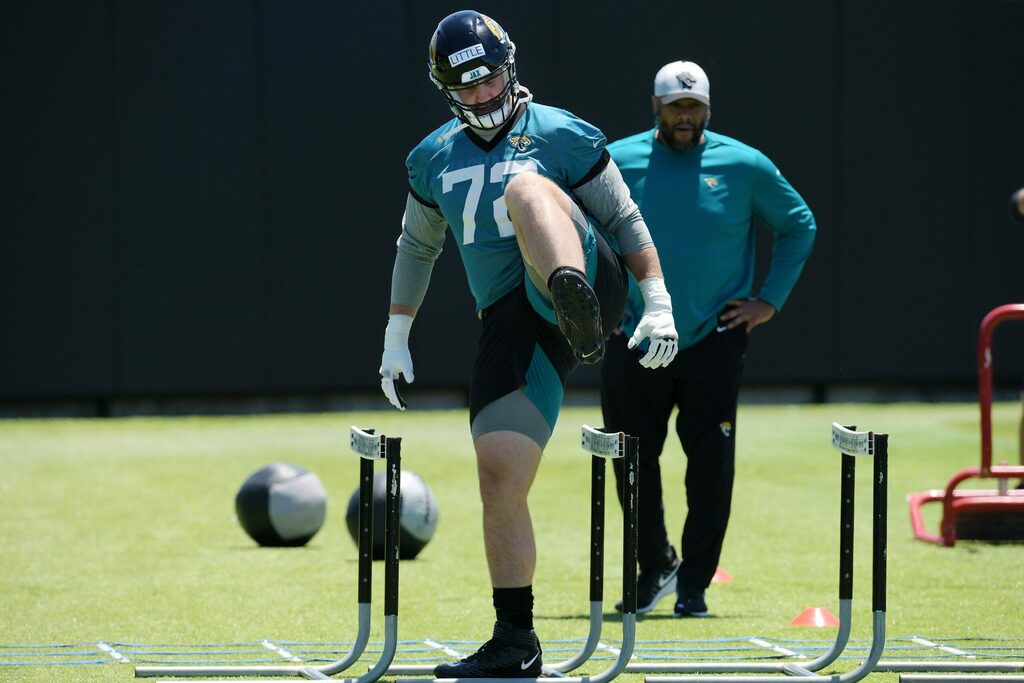 While Jacksonville made a number of major upgrades in free agency, it also had 10 picks in the 2021 NFL draft, and those selections were expected to play a major role in helping turn the franchise around this season. But in a 37-21 loss to Houston in Week 1, a couple of the expected playmakers were afterthoughts.

Many expected that third-round pick Andre Cisco would become a starter at safety sooner rather than later. But in a relatively surprising move, Andrew Wingard made the final roster and was given the start in Week 1.

He didn’t play well, and Cisco eventually got some action later in the game. But he only played on 23 snaps, and coach Urban Meyer said that Cisco was limited by a “pitch count” heading into this season.

“Yeah, [Andre] Cisco is really coming on,” he said. “You know, he’s a guy that we were told when we drafted him—we really thought highly of him, we still do—is that he had that ACL, so he’s still—was a little bit on that pitch count during training camp. [Andrew] Wingard was the most consistent throughout, missed a tackle, had a chance to make a couple plays. We’re still, we’re not throwing anybody under the bus yet, but Cisco is a guy that we believe has a great future and he played pretty well when he was in there.”

Given the fact that Cisco is coming off knee surgery just under a calendar year ago, this is an understandable approach. But based on the way Wingard played, the Jags need Cisco on the field playing starting reps as soon as possible.

The approach with second-round offensive tackle Walker Little is a little more concerning. Little struggled during the preseason, and he was a healthy scratch on Sunday. Meyer said that Will Richardson gave the team a better chance as a reserve tackle.

“…well, I think it’s eight linemen,” Meyer said about the approximate number of offensive linemen who should be active. “And we just felt like [Will] Richardson has been more consistent than Walker [Little] right now.”

Both of Jacksonville’s starting tackles were just average on Sunday, with some penalties hindering otherwise solid play. But Little was drafted to eventually succeed Cam Robinson on the left side, and it seems he has a long way to go if that’s going to be the case.