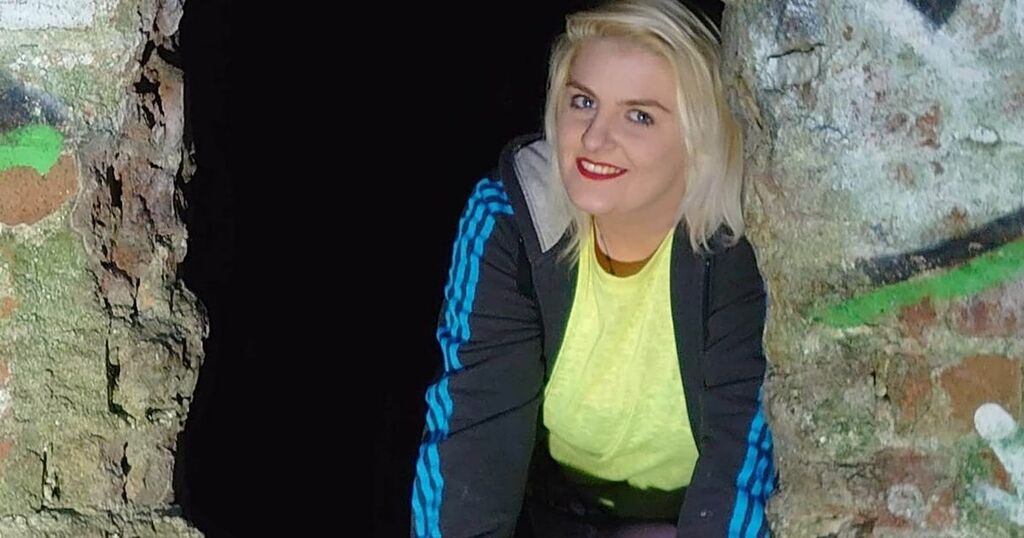 She risked venturing into the ancient tunnels which have been left to rot since the 1920s.

Venturing Off Limits joined Steve from Walk about wazzock to explore the North Staffordshire tunnels.

The four tramway structures at Cauldon Lowe, measure around 480 yards long and were opened on April 17, 1844, before traffic used them in July 1847.

Daily Star reports the the underground labyrinth finally closed in 1920 and have since become damp and crumbly making them a dangerous place explore.

Some of the tunnels the explorers ventured had bricks and pieces of broken pipes scattered over the ground.

It was also flooded and the ground beneath was thick with muddy water, which the woman said: "This stuff is knee-deep here.

Adding that she thought she "was gonna die by drowning, to be honest".

Steve replied in the comments describing it as a "panic moment."

But despite its grim appearance, Facebook fans seemed to love it.

One social network user user said: "I found it over 10 years ago, but dare not do what these have done!!"

Describing some of the labyrinth's past, Venturing off Limits explained: "The technology used this time was that of a modern style railway, with flanged wheels running on smooth rails.

"The line was constructed using a 3-foot 6-inch gauge and the top section of each incline used a three-rail layout, in which the centre rail was shared by the up and down lines.

"Halfway down the incline, the centre rail divided into a conventional double track layout, to form a passing loop.

"Below the passing loop, the line was a single track, accessed by a point that was set automatically by the descending wagons.

"Trains of climbing and descending wagons were linked by cables that ran on a series of rollers and guides along the centre of the tracks.

"At the top of each incline, the cables ran into a winding house, where they were wound opposite ways around a brake drum."