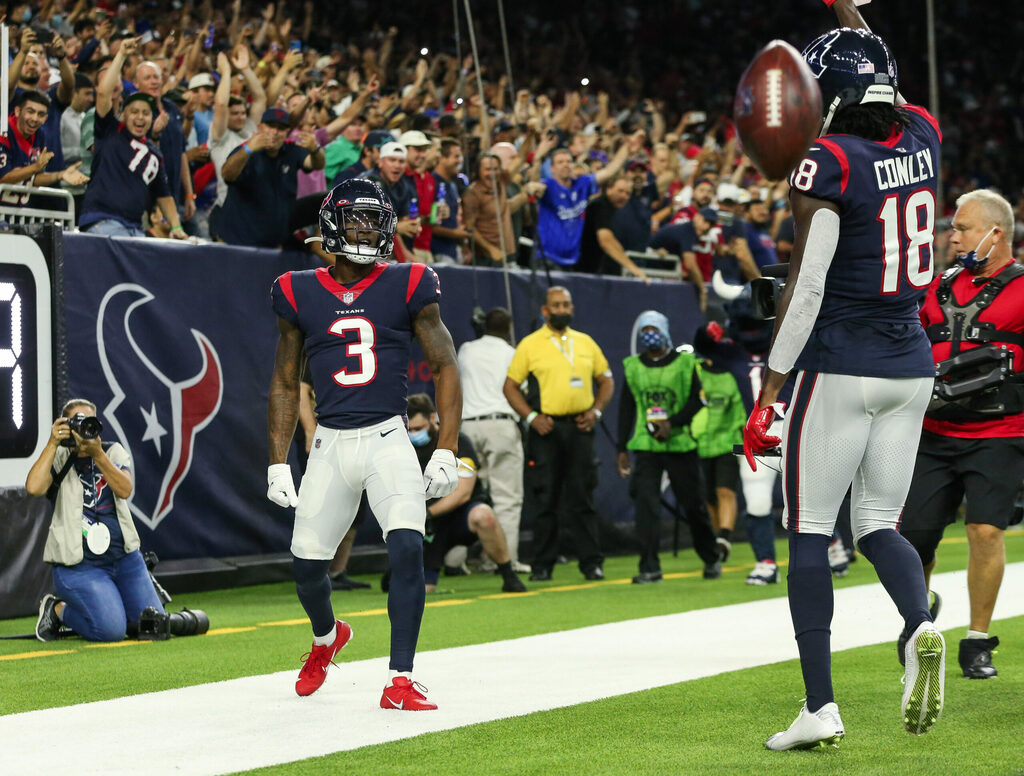 Former Houston Texans receiver Anthony Miller won’t be joining the Jacksonville Jaguars’ practice squad at all. Instead, he’ll be jumping on an offer from the Pittsburgh Steelers, who are signing him to their active roster.

Early Monday morning, a report surfaced that Miller was expected to be signed by the Jags’ practice squad, but would be eventually elevated. That clearly was the plan as he even tweeted “Duval” from his Twitter account this weekend. However, it appears they simply didn’t have the room to sign him straight to the active roster. Simply put, the team may not be ready to cut any of the receivers on the back end of the roster like Tyron Johnson and Tavon Austin. Additionally, they may need to make other active roster signings elsewhere with injuries to Brandon Linder, Myles Jack, and Dakota Allen occurring.

Miller will join the Steelers as they are going to be without receiver JuJu Smith-Schuster, who will be having shoulder surgery after sustaining an injury Sunday against the Denver Broncos. The injury was one that required him to go to the hospital, and on Monday, it was revealed that his season was over.

That said, the Jags will be sticking with their present group that includes Austin, Johnson, Laviska Shenault Jr., Marvin Jones Jr., and Jamal Agnew. They also have five receivers on their practice squad in Jeff Cotton, Laquon Treadwell, Devin Smith, Tim Jones, and Josh Hammond.