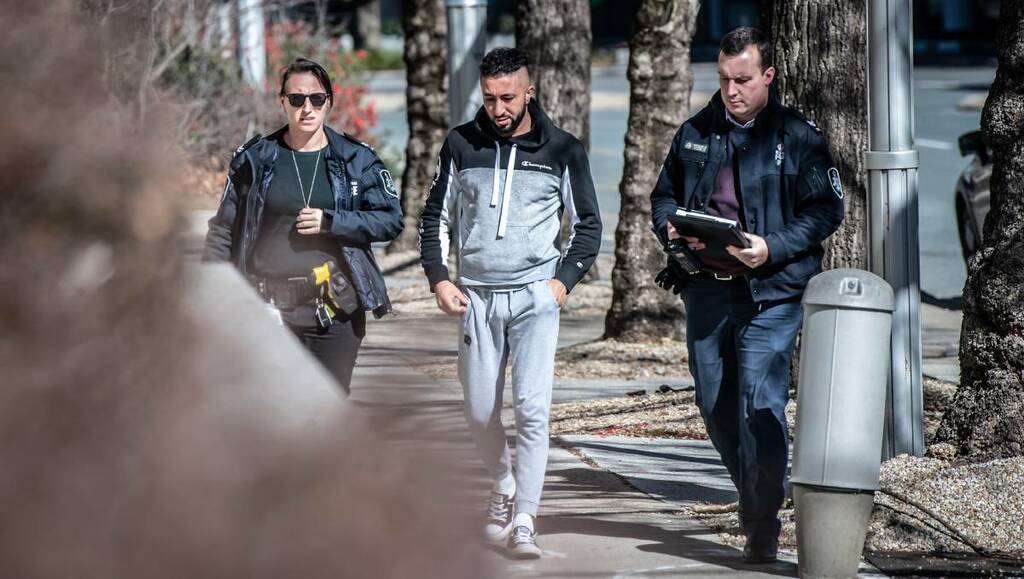 A defence lawyer has described unvaccinated Canberra prisoners as "sitting ducks" in a failed bid to have a client released on bail.

Paul Edmonds on Wednesday told the ACT Magistrates Court something of a "powder keg" had developed in the Alexander Maconochie Centre, with inmates locked in their cells for lengthy periods, visits suspended and educational programs halted.

He also said it was "simply a matter of time" until a significant number of inmates at Canberra's jail were infected with COVID-19, pointing to rampant outbreaks in prisons interstate and overseas.

Mr Edmonds made his comments as he attempted to persuade magistrate James Lawton to release the unvaccinated Mohammed Al-Mofathel, 28, on conditional liberty.

Mr Al-Mofathel has been in custody since the day the ACT's current lockdown began, having been charged with 14 offences including drug trafficking and money laundering. He has pleaded not guilty.

Police allege he and co-accused James Mussillon, the owner of Civic restaurant Courgette, siphoned drug money through the exclusive eatery to make the proceeds of crime appear legitimate.

On Wednesday, Mr Edmonds said he had been instructed that the 28-year-old Holt man had not been offered the chance to be vaccinated against the coronavirus.

He said there was "notorious, intermittent overcrowding" at the jail, where inmates would find it difficult to socially distance.

Mr Edmonds added that masks were not given to prisoners in all settings, while there was "the issue of the daily churn of new detainees and staff in and out of the facility".

"The risk posed to detainees at the AMC, in my submission, cannot be ignored by the courts," he said.

But prosecutor Morgan Howe, opposing bail, said there was no evidence an inmate in Canberra was more likely to contract COVID-19 behind bars than Mr Lawton was to catch the coronavirus in court or at his local shops.

He accepted that the virus had reached the jail but said no section of the community was immune from it and "as things currently stand, [the risk of infection] is the new normal".

Mr Howe said Mr Al-Mofathel had the right to be vaccinated behind bars and "should not receive, essentially, a leg up on a bail application" because he had not been.

The court heard there were two inmates with COVID-19 currently in the facility, with both of them isolating in a management unit and the risk posed by the pair "contained".

Mr Howe ultimately submitted that the situation with the coronavirus at the jail did not constitute the special or exceptional circumstances required for Mr Al-Mofathel to be granted bail.

Mr Lawton agreed, saying: "It seems to me that the current COVID-19 pandemic is being appropriately managed by ACT Corrective Services and ACT Health."