'Unprecedented hunger' lies ahead as world heats up, warns WFP 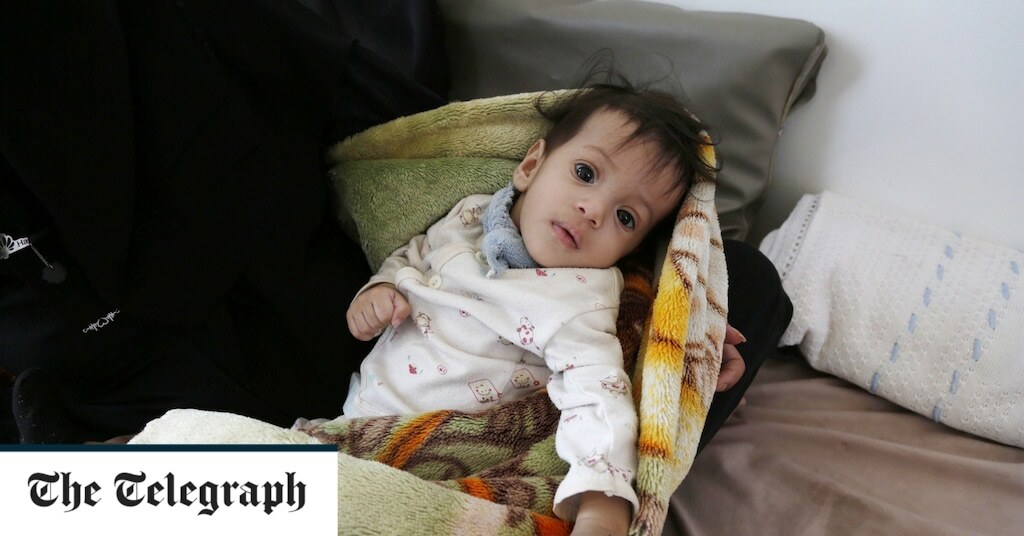 "Unprecedented" world hunger lies ahead unless action is taken on climate change, according to the World Food Programme (WFP).

The United Nations body said that a 2C rise in temperatures compared to pre-industrial levels would push 189 million more people into hunger.

The warning comes in the run-up to the COP26 event in Glasgow, which is increasingly being painted as the last chance to get to grips with climate change before it become irreversible.

In the Paris Agreement in 2015, 196 countries pledged to keep temperature rises "well below" 2C and aim instead for a rise of 1.5C - but the targets are not being met.

The WFP said the increase in hunger would be exponential unless urgent action is taken to help communities adapt to climate shocks.

David Beasley, director of the WFP, said: "Large swathes of the globe, from Madagascar to Honduras to Bangladesh, are in the throes of a climate crisis that is now a daily reality for millions. The climate crisis is fuelling a food crisis."

Madagascar as been labelled as the first climate change famine, with 1.1 million people facing severe hunger and nearly 14,000 in famine-like conditions - a number expected to double by the end of the year.

Conflict is the other main driver of hunger, the WFP said, and the situation in Afghanistan has left a third of the population facing hunger.

“If this is the new normal, we can’t keep lurching from disaster to disaster. We need to go beyond just picking up the pieces after the crisis hits, and instead manage climate risks so they no longer have the power to destroy the food security of vulnerable communities," said Mr Beasley.

The Covid-19 pandemic has also had a "worst-case scenario" impact on hunger, according to a separate UN report earlier this year.

A different index, the Global Hunger Index published by Concern Worldwide and the German humanitarian organisation Welthungerhilfe on Wednesday, found that progress on hunger is stagnating or even going backwards.

In total, 47 countries will fail to achieve a low level of hunger by 2030, the report projects. The UN Sustainable Development Goal aims for zero hunger by that date.

“A toxic cocktail of climate crisis, the Covid-19 pandemic and increasingly severe and protracted violent conflicts is threatening to wipe out any progress made against hunger in recent years,” Dominic MacSorley, chief executive of the charity Concern said, pointing out that food security and malnutrition increased last year at a "ferocious" rate.

The score is calculated using scores on undernourishment, child wasting, stunting and mortality to calculate a severity scale, ranked from 0 to 100 and classes from "low" to "extremely alarming".

Somalia is currently the only country in that worst class, with five countries at "alarming", Central African Republic, Chad, Democratic Republic of the Congo, Madagascar and Yemen.

“After decades of decline, the global prevalence of undernourishment – one of the four indicators used to calculate GHI scores – is increasing. This shift may be a harbinger of reversals in other measures of hunger,” the report writes.

Undernourishment is a measure of the calorific intake of a population, based - as are the other figures in the report - on data from the UN, the World Bank and demographic and health surveys.