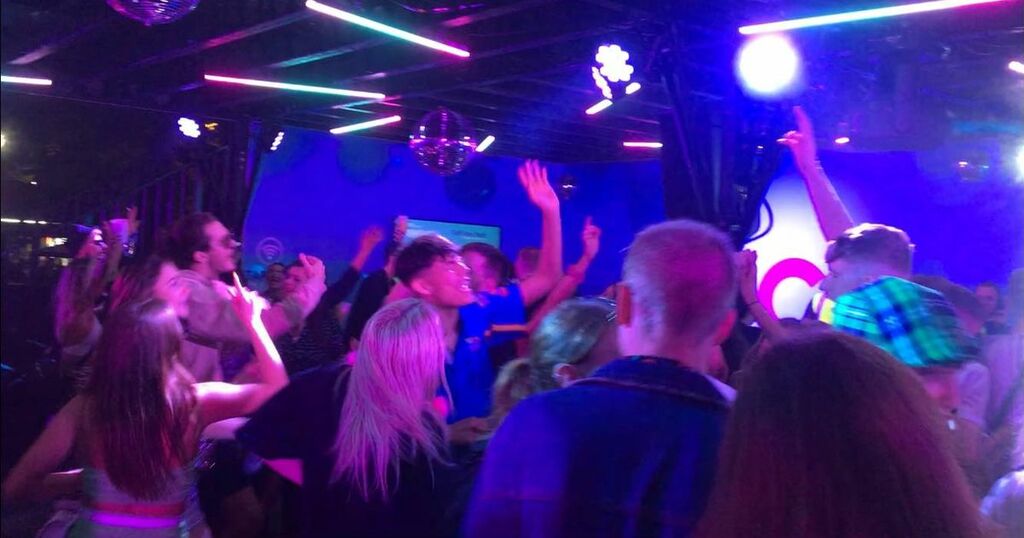 An unlikely "chill out zone" became the place to be on the opening day of TRNSMT festival.

This was the moment when the Cinch "faff-free deck", which advertised itself as a place to "come in and chill out", quickly became bouncing as revellers partied to an indie classic.

The area, which was designed as a lounge area with phone chargers, had live music playing throughout the evening.

And as the sun went down at Glasgow Green, partying Scots were attracted to it's bright pink neon lights and banging tunes.

A band were covering versions of some classic hits - and when they started belting out a rendition of Snow Patrol's 2006 hit Chasing Cars, the crowd went wild.

In the video, the Scots can be seen boogying along to the track - and as the beat drops, everyone raises their arms to the sky.

Revellers were flooding into the lounge area after Sam Fender finished up on the main stage.

Music fans were well up for the biggest party Scotland has seen for two years.

They were buzzing to be back at a festival watching some of the country's biggest acts on Friday.

Fans from around the UK and beyond took in the atmosphere of Glasgow Green as well as some of the music, booze and food on offer.