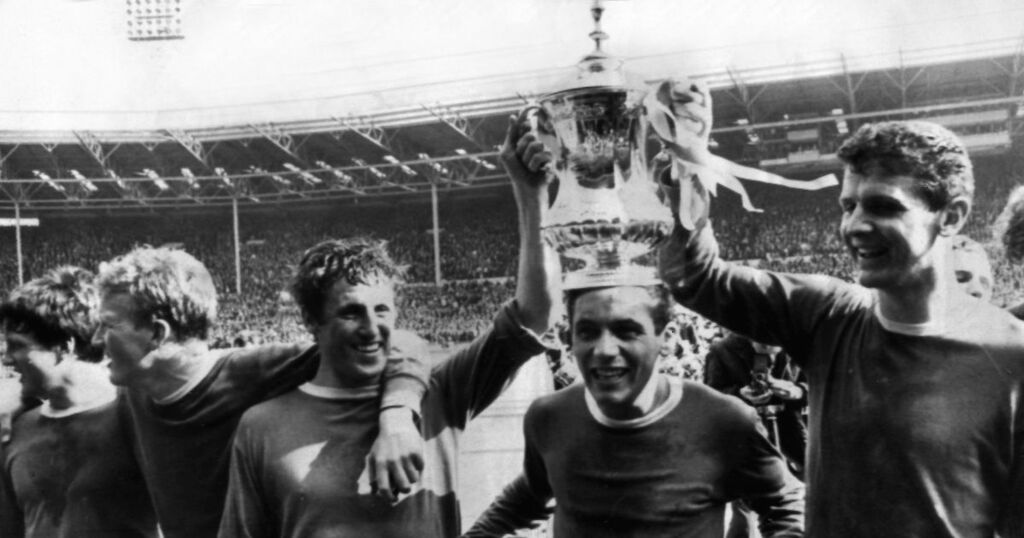 Mike Trebilcock became an overnight football hero when he scored two goals in the 1966 FA Cup final - but he was such an unlikely hero that his name wasn't listed in the matchday programme.

Proud Cornishman Mike Trebilcock scored two goals for Everton against Sheffield Wednesday in the FA Cup Final in May that year, making him the first black footballer to achieve such a feat.

Trebilcock spent three years on Merseyside, featuring only 11 times in the league for Everton, but still managed to write himself into Goodison folklore when he made the score level at Wembley, before Derek Temple sealed the win.

But Trebilcock was such an unlikely hero in that 1966 final that his name wasn't even listed in the matchday programme.

He played because Fred Pickering, the England striker, was suffering with an injury.

Born in 1944, Mike cut his teeth playing with local village sides in his teens, moving on to Tavistock’s non-league team before being picked for Plymouth Argyle in December 1962.

Steadily making his mark for the Pilgrims, he had played 71 league games and scored 27 goals for the team by the time Everton came calling three years later, paying £23,000 for his transfer.

His final Argyle game was on December 27 1965 against Derby - a 0-0 home draw. Three days later, he was off to Liverpool, leaving behind his girlfriend Ginny.

Pictures from the time show a dapper, smiling Mike, in suit, tie, and sheepskin coat, arriving in Liverpool by train and receiving a warm welcome that involved being wheeled through Lime Street station on a mail trolley.

The excitement of quickly making his debut playing Aston Villa was dampened by a foot injury that put Mike on the side benches for most of the 1966 season.

While Everton were progressing through to the FA Cup final, Mike only managed a handful of reserve games. He was astonished when inspired manager Harry Catterick picked him for the squad over international centre-forward Fred Pickering, who had recently recovered from injury.

Do you remember Trebilcock's goals at Wembley? Let us know in the comments section

The Cornwall man who thought his minor role at Wembley Stadium would be to carry everyone else’s kit, ended up as the star of the show. After 60 minutes’ play, Everton had yet to score and Sheffield Wednesday were two goals up. Then in a magical five minutes Mike scored twice, radically changing the picture to bring the teams neck and neck.

The crowd went wild and Mike was immediately mobbed by a pair of Everton fans who charged onto the pitch in celebration. Chased down by police officers, one fan was eventually brought down with a rugby tackle.

A third goal by Derek Temple sealed the team’s win, their first FA Cup success in 33 years, with a final score of Everton 3 Sheffield Wednesday 2. Manager Harry Catterick joined the ecstatic and exhausted players for celebrations on the pitch, with 21-year-old Mike the centre of attention.

That game was to be his finest hour for Everton and Mike stayed with the team until 1968 without repeating his spectacular success.

Sold to Portsmouth for £40,000, he enjoyed four successful seasons with the Hampshire club, scoring 33 goals in 99 games, before heading closer to home on a free transfer to Torquay United in 1972, staying just one season. He played for Weymouth for a few months before emigrating to Australia in 1974 and getting involved in coaching.

But Mike never forgot his roots in the West Country and in 2016, the widowed father-of-two returned to Tavistock to attend a reunion for the 50th anniversary of the FA Cup win.

That same year, he made headlines after re-kindling with his first love Ginny and the pair became engaged to be married.