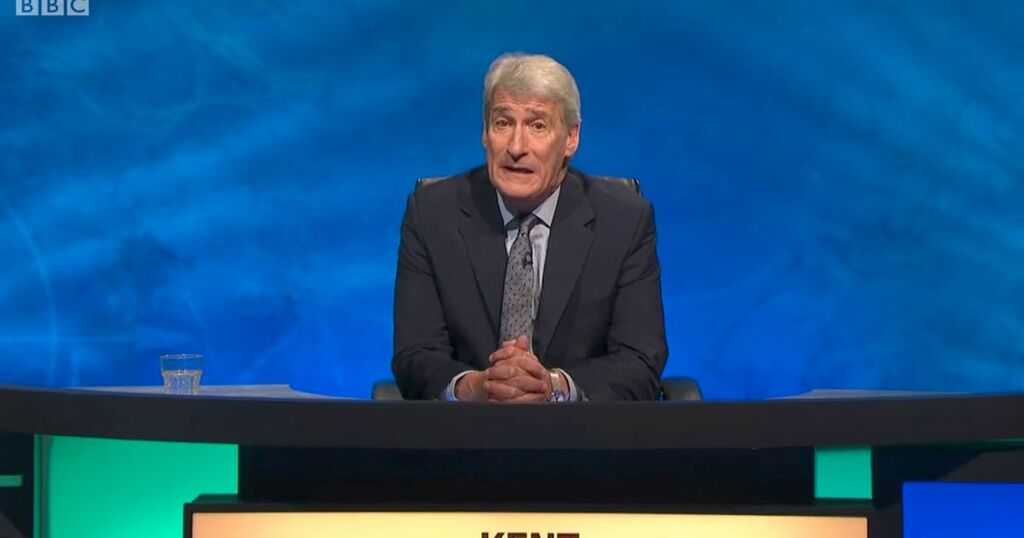 But minutes into the programme, Jeremy, who has hosted the show since 1994, decided to shake things up a bit.

Introducing the show, the TV veteran began, “Now, there are two institutions, both of them previous winners of this competition.”

He then allowed the teams to introduce themselves before declaring: “Right, let’s not bother reciting the rules anymore. Let’s just get on with it.

“Fingers on the buzzers. Here is your first set of 10.”

Fans quickly took to social media to share their thoughts on the 71-year-old’s disregard for the rules.

One Twitter user wrote: “Do we think Jeremy Paxman doesn’t actually know the rules ‘let’s get on with it’.”

Another said: “Paxman: Let’s not bother reciting the rules anymore.”

But Jeremy didn’t stop there – he also changed his usual sign off from the BBC show, which angered fans even more.

This second deviation from the norm appeared to send some fans into a Twitter meltdown.

One said: “Why didn't Paxman say 'And it's goodbye from me. Goodbye'? The world is ending.”

Another wrote: “Seriously what the fork that’s the 2nd time Jeremy Paxman did his sign off wrong on #UniversityChallenge and it’s literally our fave part. Please don’t let it happen again.”

While a third commented: “Is it me, or does #Paxman look/sound as though he really doesn't want to be there anymore?”

Paxman has hosted the show since 1994. Before that the long-running programme was fronted by quizmaster Bamber Gasgoine from 1962 to 1987.

Broadcasting legend Paxman revealed in May this year that he has been diagnosed with Parkinson’s disease.

His symptoms are currently mild and he said he is receiving “excellent treatment”.

In a recent column for Saga magazine, the veteran TV presenter wrote: “I recall that by my age, most of my ancestors – a long line of illiterate peasants on both sides, were dead. I’ve been let off lightly with Parkinson’s.”

Parkinson's disease is a condition which affects the brain. Symptoms can include tremors, slow movements and stiffness.

Earlier this year, Jeremy revealed he’d suffered a nasty fall while out walking his beloved dog, Derek, but had “no recollection” of taking the tumble.

“I blacked out beforehand or did so when my nose hit the ground...there was certainly a lot of blood afterwards.”

He joked he blamed it all on Derek, adding he had only been to A&E three times in his life before the fall.

Despite his diagnosis, which affects 1 in 500 people, Jeremy has vowed to continue working in broadcasting and writing “as long as they’ll have me.”