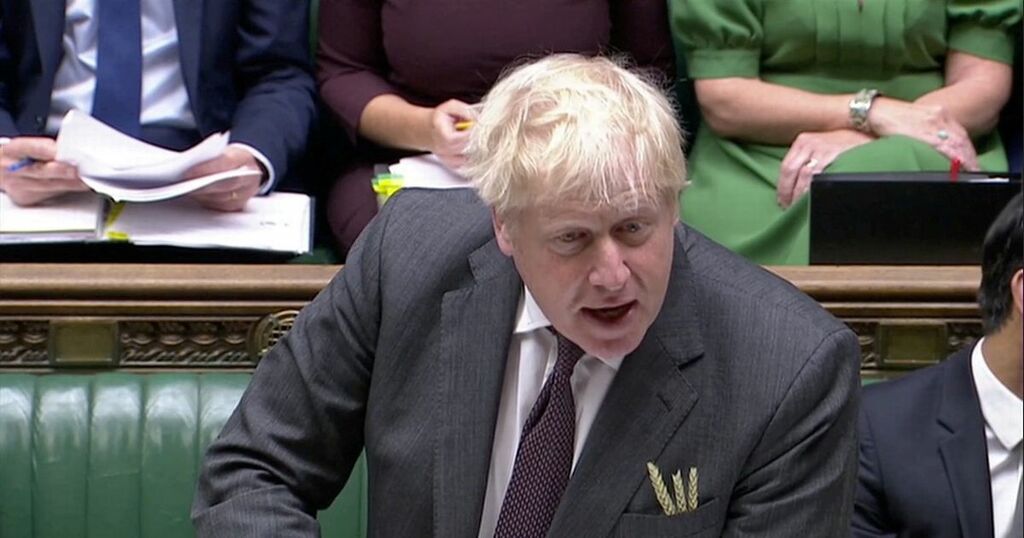 MPs tonight voted 253-0 in favour of cancelling the £20-a-week Universal Credit cut while Boris Johnson was busy with his Cabinet reshuffle.

But because the Labour-led vote was non-binding, the Prime Minister will completely ignore its result and push on with the cut anyway.

Only four Tory rebels joined Labour in the lobbies to oppose the cut, with the rest ordered to abstain by Conservative whips.

But dozens of Conservative MPs have previously voiced their fears over the cut, which is opposed by six former Tory welfare chiefs along with landlords, debt charities, mortgage lenders, food banks and unions.

Search your MP below to see how they voted.

MPs voted on the following Labour motion in the House of Commons: "This House calls on the Government to cancel its planned cut to Universal Credit and Working Tax Credit which from the end of September 2021 will reduce support for many hard-working families by £1,040 a year."

It was an Opposition Day motion, which are not binding on the government.

Since the days of Theresa May - who lost some due to her tiny majority - the Conservatives have often boycotted these votes.

That meant Labour decided to trigger a vote using two of its own MPs as "tellers" - vote counters - for the "no" votes, even though no MP actually voted no.

That way, there was a full recorded vote rather than the motion being agreed "on the nod".

Now that the motion has passed, it is the will of Parliament - but Boris Johnson is also completely free to ignore it.

It comes after a furious debate and a protest by Universal Credit claimants, one of whom told the Mirror they would no longer be able to afford their painkillers.

Another claimant added: “I won’t even be able to afford clean clothing to leave my house.

“ Rishi Sunak should try and live a week in my shoes to understand what this uplift means to people like me. The Government is completely out of touch.”

The vote took place while the Prime Minister was reshuffling his Cabinet - a move Labour claimed showed his "warped priorities".

The £20 "uplift" to Universal Credit has been in place since April 2020 but is now being removed.

One Tory, Peter Aldous, warned the government it would be wrong to "hastily remove" the £20 uplift.

He warned: "We have a duty and a responsibility to protect those on the lowest incomes and the most vulnerable in society.

"All the evidence shows that a sudden reduction in income of this magnitude will hit a lot of people very hard."

A second rebel, Conservative MP John Stevenson said he would support Labour's motion, adding: "We must remember that 40% of people on UC are, in fact, in work, 35% of those on UC are actually seeking work and probably half of those around on Universal Credit at present have never known anything other than the rate they're presently receiving - they have, in reality, got used to having it.

Tory former Work and Pensions Secretary Stephen Crabb - who did not vote either way - said "a modern Conservative Party should be standing on the side of" supermarket workers, cleaners and care workers - many of whom claim UC to top up poverty wages.

He said: "I came to the view a while ago that the level of Universal Credit in March 2020 was too low.

"One of the reasons why that in-work poverty did increase in the years leading up to the pandemic was, I'm afraid, directly related to the fact that we had frozen the main rate of working age benefits that supported families on low income."

Research has suggested they would have to take nine extra hours.

Mr Crabb said: "The evidence shows if you are a family living in destitution, living with anxiety, mental health problems directly as a result of your financial circumstances, you are less well able to engage with the labour market productively and increase your earnings, increase those hours."

Work and Pensions Secretary Therese Coffey told the Commons the Government timed the end of the Universal Credit uplift to match the end of the furlough scheme.

She said more people would benefit from plans to boost "pay, prospects and prosperity" in work as the £20 uplift ends.

She added opposition parties had "demonised" Universal Credit and said more people would be "better off" if they moved over to the system from legacy benefits, even without the £20 uplift.

But Shadow Work and Pensions Secretary Jonathan Reynolds compared the sudden drop in £16,000 payoffs that could go to each of three sacked Tory Cabinet ministers in today’s reshuffle.

Mr Reynolds said: "I hear there are rumours of a reshuffle possibly being under way. As members will know, if a Cabinet minister today were to lose their job and return to the backbenches they would receive a payoff of £15,000 each.

"Will anyone in this debate say that's unaffordable? Because it always seems to be a different rule for the people we're talking about than everybody else in the country.”