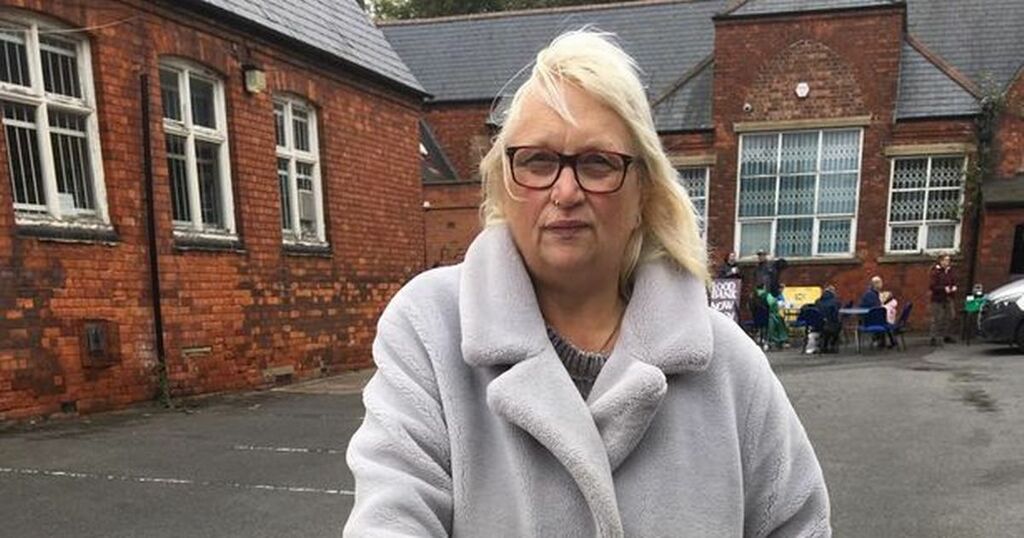 Universal Credit claimants have said they are forced to choose between heating their homes or eating as the extra £20-per-week is scrapped.

The temporary increase was introduced due to economic struggles amid coronavirus.

But the scheme officially ended on Wednesday.

The boost in weekly payments benefitted some of the poorest families in the UK, who now feel they are in for a terrible winter.

One claimant has said how she will have to decide between feeding her granddaughter or herself, saying she is prepared to starve, the Grimsby Telegraph reports.

The government has defended the cut, reiterating how the extra benefit was always intended to be temporary. However the return to the normal rate has been met with widespread criticism, with some arguing the level of support was inadequate before the pandemic.

Lesley Mooney of Sixhills Street, said: "It is not just the cut in Universal Credit. The gas and electricity prices and the cost of shopping has gone up too. Every day it is a choice of keeping warm or eating."

The 61-year-old says the boost in benefit helped pay for her gas and electricity, which costs £40 per week and is set to rise.

The former Merchant Navy cook, who was severely injured in a car crash many years ago, said: "I have never been like this in my life. We are in England not some Third World country. All we are told is to go and look for work. But I can't because I am on the sick.

"It makes me mad when people turn up at a food bank in a car or in a taxi and fill the boot with food parcels. If they can afford to run a car then they can afford food."

Lesley said that due to her disability, she had to isolate at home throughout the pandemic, and had food parcels delivered to her house.

Donna Green, 38, said she had not received the £20 uplift in Universal Credit, but is still facing dropping under the breadline.

"People have relied upon it for 18 months and to take it away will cause a lot of hardship," she said.

"My neighbour has a baby girl and was able to take her out to the beach and get her a nice pack up for school or go to the arcades for half an hour. It was like having freedom that has been taken away.

She added: "I borrow from friends and come to the food bank. It is the only way I can survive and look after my daughter who comes to stay once in a while and with my grand daughter. Her mum is at college and I look after the baby.

"I have suffered from anxiety and depression a lot. I used to work on a food stall and I can try to follow steps to get back into work but it is a struggle. I get £300 in benefit but it soon goes on electricity."

Mum Victoria Spence, 37, has told of how she worked in a local factory and is trained as a kitchen assistant, but lockdown caused the closure of many restaurants and cafes.

She said: "It is a struggle. I want to get back to work. But it would mean I would be worse off and then I would have to go to live with my parents.

Victoria said she receives £325 as her rent is taken out automatically and gas and electricity costs her £10 each per week.

She said she is grateful to the Rock Foundation food bank for supporting her and her daughter.

Busker Houdini Richards, 33, told how he survives on £409 per month in Universal Credit and receives rent support of £325.

"To lose £80-per-month is devastating. I would like to get back to work but the pandemic ended my ability to do magic on the streets and busking," he said.

Rock Foundation founder, Pam Hodge, has said families will be hit hard by this week's cut in Universal Credit.

"So many of them have got used to having it and it is gone, so there is a lot of hardship coming up with winter and people having to pay out for energy bills," she said.

Around 385 food parcels are distributed to Rock's food bank each week, which is about half of the amount handed out during the peak of the pandemic a year ago.

Katie Schmuecker, deputy director of policy and partnerships at Joseph Rowntree Foundation said: “The Prime Minister is abandoning millions to hunger and hardship with his eyes wide open.

“The biggest ever overnight cut to social security flies in the face of the Government’s mission to unite and level up our country.

“When the increase to UC was introduced, the Chancellor said it was to “strengthen the safety net” – a tacit admission a decade of cuts and freezes had left our social security lifeline to wear thin and threadbare for families in and out of work relying on it."