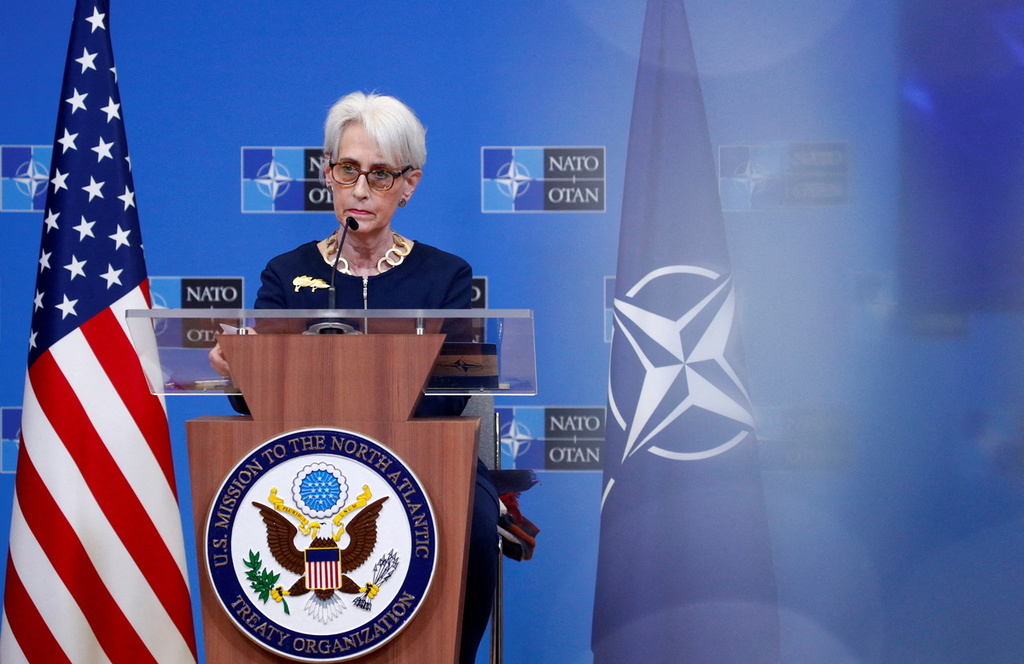 The United States on Wednesday called on Russia to stay at the negotiating table after a first round of talks over Ukraine this week but continue discussions, including on topics such arms control.

"If Russia walks away... it will be quite apparent they were never serious about pursuing diplomacy and that is why collectively we are preparing for every eventuality," U.S. Deputy Secretary of State Wendy Sherman told reporters in Brussels after a meeting of the NATO-Russia Council.

"The heavy pace of bilateral and multilateral engagements this week demonstrates that the United States and our allies and partners are not dragging our feet. It is Russia that has to make a stark choice: de-escalation and diplomacy or confrontation and consequences."