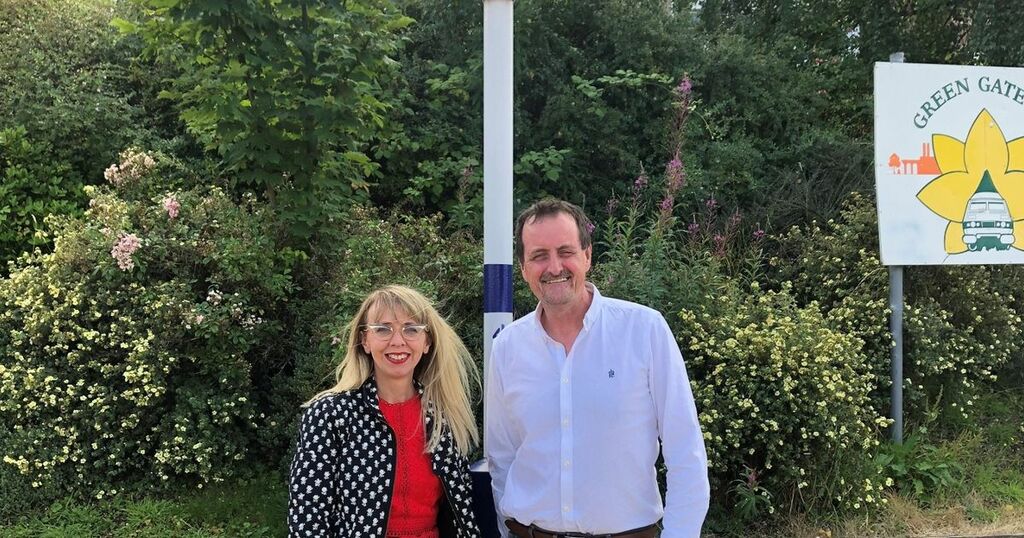 Local charity Rail 74 CRP were awarded £40,000 of funding to deliver the project titled Hope in Hamilton which is expected to be installed at the station next year.

The initiative is aimed at giving participants a creative outlet which will encourage more members of the community to talk about mental health and wellbeing whilst raising awareness at such a challenging time for Lanarkshire residents.

Train operators Avanti West Coast awarded the funding which will see award-winning artist Rob Mulholland, from Arcadia Sculpture Centre in Loch Lomond, commissioned to bring the charity's ideas to life before the artwork is installed on the platform.

These ideas will also have the input from South Lanarkshire locals who are being supported with their mental wellbeing.

Speaking of his involvement, Rob said: “I’m delighted to be part of such an interesting project that focuses on mental wellbeing and look forward to translating the ideas of various groups and individuals into a contemporary artwork to be enjoyed by the community and visitors to Hamilton.”

The idea builds upon on the work of Rail 74 Community Rail Partnership (CRP) - a charity that aims to deliver community benefits along the Rutherglen to Hamilton Central line through innovative projects – to improve mental health.

Avanti West Coast are supporting the initiative through their Community Rail Project Fund and are partnering with fellow train operators ScotRail and CrossCountry to help deliver Hope in Hamilton.

The project also has the the support of Samaritans and will see a series of workshops be held over eight months for members of the community, including patients from NHS Beckford Lodge, individuals being supported by Lanarkshire Action for Mental Health, and Police Scotland Youth volunteers, to design the art installation.

It follows Rail 74 CRP’s ‘Conversation Café’ sessions which were held before the pandemic to get passengers onboard trains and stations between Rutherglen and Hamilton Central to talk.

Suzie McCheyne, from development support at the charity told us: “We are extremely excited and want to bring a real sense of hope and pride to the area.

"And provide an appealing, interactive art piece at Hamilton Central Station collaborating with the local community as a legacy of cohesion and providing real voices and input alongside a greater awareness of local and national support services relating to mental health wellbeing for our communities in times of need.”

Joanna Buckley, community manager at Avanti West Coast, added: “We’re proud to be playing our part in bringing the community of Hamilton together to create artwork that champions the town and its people, while raising awareness of mental wellbeing.

“Through our work with Samaritans we know the importance of seeking help if you’re struggling. We hope this project will make a difference by signposting people to support available and reminding them they’re not alone, which is more vital than ever as we face the impact of the coronavirus pandemic.”

Samaritans volunteers are always available to listen, 24 hours a day, 365 days a year, free of charge on the phone - 116 123 or email – jo@samaritans.org.