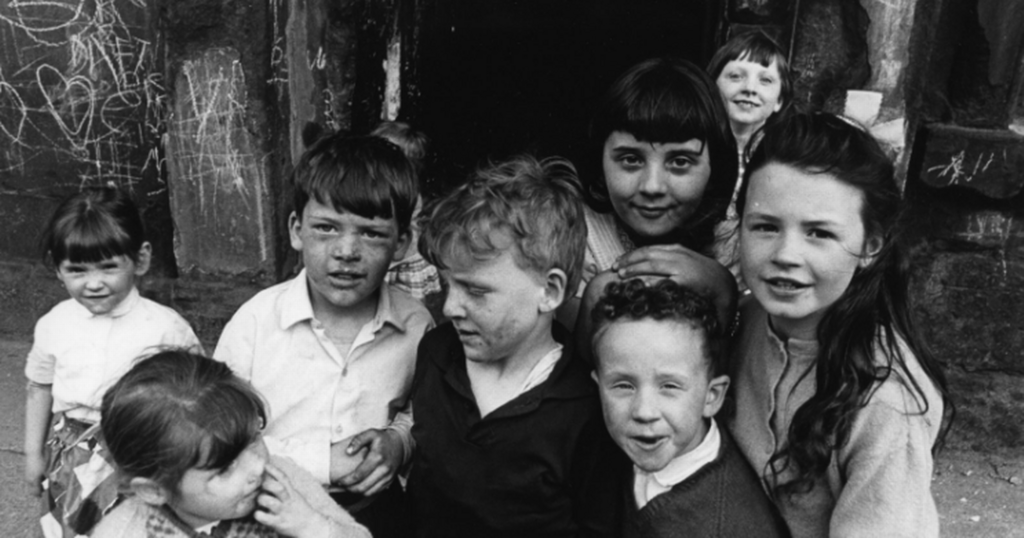 A collection of pictures from photographer Robert Blomfield show Glasgow in the mid 60s, capturing the tenement life of families at the time.

Blomfield moved to Edinburgh to study medicine in 1956, as an enthusiastic amateur photographer who was never seen without his camera round his neck.

Over the next decade he mastered the skill of street photography, and went on to document his time in Scotland through snapping the capital, as well as here in Glasgow, and further north.

Glasgow in the 60s, much like other cities, was beginning to see high rise living as the way forward, with tenements beginning to clear out and families heading to the ‘villages in the sky’.

In Robert’s collection, we can see children out in the streets with neighbours and family, enjoying their days in traffic-free streets with dirt on their faces.

While many of these faces are painted with smiles, the reality of a poverty stricken Glasgow can also be felt, as a housing crisis gripped the nation.

Back in Edinburgh, Robert developed and printed his own works in various student accommodations, though his images remained relatively unknown until the City Art Centre exhibit in 2018.

A new audience was introduced to the photographer's work, immediately spreading across the art and photography communities of Scotland.

Since then, his family members have taken the collections further, looking to find homes for the images so they can last the years.

In December of 2020 Robert Blomfield passed away, keeping his passion for photography until his dying days.

The exhibition studying the photographer's time in Edinburgh, entitled Robert Blomfield: Student of Light, will open on May 6.

A 192 page coffee-table book containing some of Robert’s finest street photography from Edinburgh is also available, which captures a post-war city with an evolving landscape.