The damage bill for the devastating floods in Queensland and New South Wales this week is expected to run into the billions of dollars.

Insurance Council of Australia chief executive Andrew Hall told The Business the increased frequency and severity of damaging weather events would drive up the cost of policies and make some areas uninsurable.

"Unless we do more to reduce the risk and invest more money upfront in mitigation and resilience, it will be the case that our premiums will be pressured upwards," he said.

"It depends on the industry. We're hearing in some cases, 20 per cent or 30 per cent [premium increase], but sometimes it's double, triple, quadruple," Alexi Boyd from the Council of Small Business Organisations Australia (COSBOA) said.

Analysis by Climate Risk in 2019 found one in 20 properties in Australia could be uninsurable by 2100 if nothing is done to address the escalating risk. Thousands more could see their insurance premiums double or triple within decades.

'We already have an insurance crisis'

Postdoctoral fellow at the University of Melbourne Antonia Settle says rising insurance premiums are creating a crisis of underinsurance in Australia.

"In many places we already have an insurance crisis, but I think this is becoming much more of a national problem," she said.

Ms Settle said the failure to address the problem had massive implications for the economy.

On Thursday, Ted Nader and his colleagues were working around the clock sandbagging and moving stock to protect the service station he manages in south-west Sydney from being inundated by flood waters.

Just metres away from the flood-prone Georges River, it is the fourth time in a decade the business has been affected by inundation.

Last year flooding caused around $150,000 of damage to the store and, in a separate weather event, a 40,000-litre above-ground Ad-Blue tank floated away.

"We're really only covered up to $100,000. Anything else that happens from there is for us to fix and pay out of our own pocket," Mr Nader said.

In the wake of this week's floods, Liberal MP Warren Entsch called for the federal government's planned reinsurance pool for northern Australia to be expanded.

The $10 billion fund would cap the losses for insurers and the idea is the discounted reinsurance would lead to insurers lowering their premiums.

But the legislation, which is currently before federal parliament, is not supported by the insurance industry, the community sector or the ACCC, which said the mechanism would not lower premiums.

Prevention accounts for only 3 per cent of disaster spending

Instead, the insurance industry wants the federal and state governments to spend $2 billion in the next five years to mitigate the risk of extreme weather events and climate change, including coastal inundation. It argues that will reduce premiums.

Mr Hall said 97 per cent of funds spent on natural disasters in Australia go into the cleanup, while only 3 per cent is spent on prevention.

"We need to radically change that formula and put more money into the mitigation so that communities can be better protected," he said.

"We've seen this happen already in Queensland, where flood mitigation was built around the township of Roma, premiums reduced by 30 per cent," Mr Hall said.

"It seems ironic to me that you can get a subsidy for a solar panel, but you can't get a subsidy to batten down from a category-five cyclone," he told a press conference in Brisbane on Wednesday.

The head of the federal government's disaster recovery agency, Shane Stone, told Nine papers n Friday that he wanted to see an end to floodplain development.

Climate Council chief executive Amanda McKenzie said government needed to be honest with communities about the realities of climate change.

"So it may be that we have to move to higher ground in some places."

'The vast majority are uninsured'

Lismore is a town that is already effectively uninsurable. The town's last major flood was in 2017 and for many in the flood-prone city, insurance is simply too costly.

"Or like me they have public liability [insurance] or they might have insurance that covers rent for alternative premises, or that might cover shop fittings, but not if it's the result of flood."

After days of lending support to other traders, on Friday, Ms Kronen felt up to surveying the damage done at her own business, Made In Lismore, which sells locally made art and products.

"I had seen photos, and it looks like a bomb, literally, has been dropped in the CBD."

In the middle of the sludge, some items had survived.

"It looks like everything had been through a spin cycle and had mud thrown all over it," she said.

"China was unbroken and my cane chair that I've had since I was five was in one piece."

But while there have been glimmers of hope among the debris, Ms Kronen said many businesses would not reopen without federal and state government assistance.

"We're a tough bunch up here. But you can only stretch that resilience so far before you're going to say 'I'm going to call it quits now,'" she said.

"And I hope that doesn't happen." 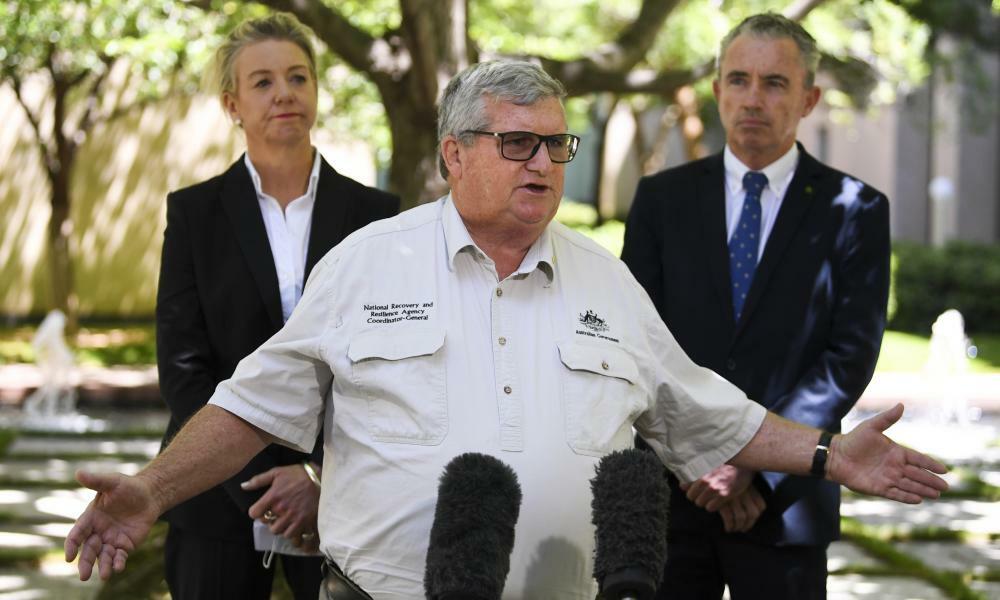 Labor calls on disaster relief boss to resign for criticising flood victims who want ‘to live among the gum trees’
Shane Stone doubled down on the comments on Friday, saying he had started a conversation about not rebuilding in disaster-prone…

The Guardian - AU
After the floods comes underinsurance: we need a better plan

Australians ‘will have to retreat’ from living in high-risk flooding areas, says insurance expert

The Guardian - AU
One subscription that gives you access to news from hundreds of sites
Australia's record-breaking floods can be traced back to one thing, experts say