By Michael Di Iorio
Karine DevesPEDESTRIANTV
Liberal candidate for the seat of Warringah Katherine Deves has come under fire for posting about and praising aspects of the far-right forum Kiwi Farms. In a string of now-deleted tweets from 2021, Deves seemingly encourages her followers to visit Kiwi Farms, calling it a “valuable” source of information. “They have collated information and data on quite a number of unsavoury individuals that is not easily accessible,” one of the tweets said. One reply to this tweet congratulates Deves for being “a farmer”, a term for someone who frequents the site.

Kiwi Farms first gained notoriety in 2019 after the site hosted videos of the Christchurch mosque mass shooting, as well as the manifesto of shooter . It is one of the many sites that were blocked by New Zealand internet providers shortly after the mass shooting. To this day the site hosts multiple mass-shooting videos (including the recent ) and other pieces of far-right content. Notably, commenters on the site frequently applaud the shooters for their actions. As well as being a host to vile far-right videos and texts, Kiwi Farms has Nazi symbols brandished on their front page under the words “don’t let them replace you.” This is a direct reference to the white supremacist . Not only is the theory extremely dangerous in its ideas around race, but it was also referenced in a manifesto written by the alleged Buffalo shooter. Recently Deves came under fire for a separate set of tweets in which she referred to and compared trans kids being removed from toxic family situations by courts to the . Although she apologised for her comments, she defended herself by saying she was using the “correct terminology” per the NSW Crimes Act, which raised a lot of eyebrows and was labelled by some as . “What I won’t allow is for those who are seeking to cancel Katherine simply because she has a different view to them on the issue of women and girls in sport,’’ said Scott Morrison in a when asked about the tweets. “I think Australians are getting pretty fed-up with having to walk on eggshells every day because they may or may not say something one day that’s going to upset someone.” PEDESTRIAN.TV has reached out to the Liberal Party’s NSW branch for a response.
Sign up to read this article 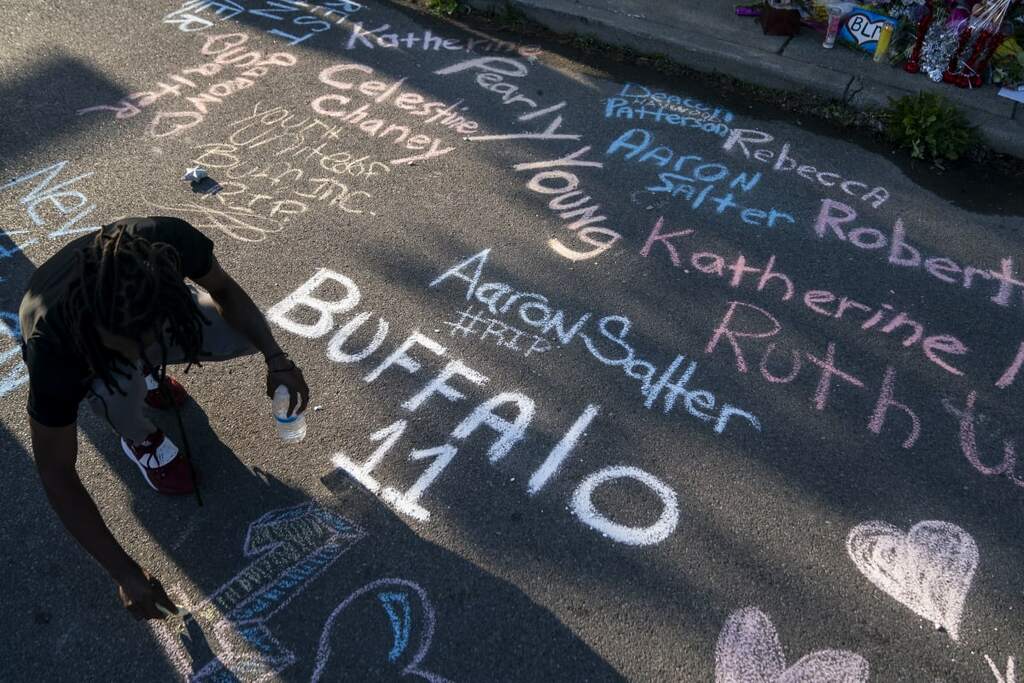 'Long tail' of mosque attack felt in Buffalo shootings
The Buffalo terror attack is the latest entry in a deadly feedback loop of online hate inciting real life violence, which…

Newsroom.co.nz
One subscription that gives you access to news from hundreds of sites
How 4chan’s toxic culture helped radicalize Buffalo shooting suspect

The Guardian - US
"Ecofascism" and the Buffalo shooting