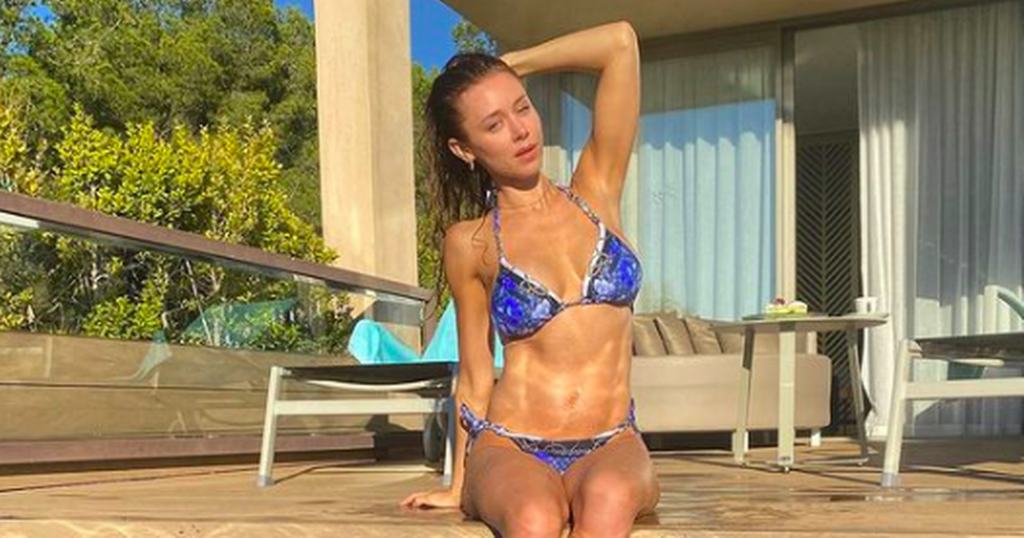 Una Healy has wowed followers on social media with pictures from her sun holiday in Mallorca.

The singer celebrated her birthday at the weekend and has now jetted off to the popular sun spot to get some autumn heat.

Sharing a picture poolside on her Instagram, the former Saturdays singer said: "No Monday blues around here."

It was a big weekend for Una as she also shared a snap of daughter Aoife Belle celebrating her Holy Communion.

And Ben Foden shared a rare public message alongside his ex-wife as he tagged her in the Instagram snap, declaring that his daughter is 'growing up too fast'.

The 36-year-old posted on Instagram: "Aoife is growing up too fast, happy Holy Communion.X"

And Una's fans were all left saying the same thing as she shared the stunning snap with Aoife Belle.

Fans were united as they praised Una's "stunning" snaps, immediately noticing that the apple didn't fall far from the tree.

One wrote: "Congrats to Aoife belle on her for communion! She's a spitting image of you most definitely."

It is not the first time eagle-eyed fans have spotted the similarity, with Una sharing an adorable snap with Aoife Belle as she celebrated International Daughters’ Day last month.

Taking to Instagram, Una, 39, who moved back to Ireland amid the pandemic, posed side-by-side with nine-year-old Aoife.

She captioned the shot: “My one and only Aoife Belle #internationaldaughtersday.”